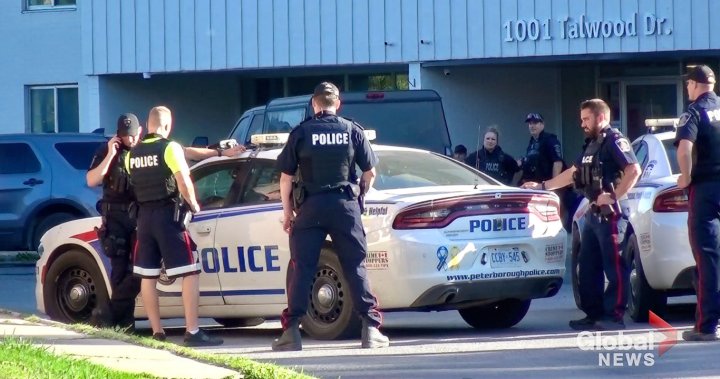 A fourth arrest has been made in connection with a reported “housing unit takeover” in Peterborough in September 2022.

On Sept. 20, three people were arrested after residents were held against their will in an apartment unit on Talwood Drive.

According to the Peterborough Police Service, three people eventually exited the building and were taken into custody. Two men and a woman faced multiple charges, including forcible confinement, aggravated assault, break and enter, and assault with a wepaon.

Police say on Wednesday, a fourth individual was arrested in connection with the incident.

The individual, who was wanted on a warrant, attended the police station and turned himself in.

An 18-year-old Brampton man was arrested and charged with forcible confinement, assault with a weapon, and breaking into and entering a place to commit an indictable offence.

He was held in custody and will appear in court in Peterborough on Wednesday.

1 in 100 Infected with Covid-19 in Germany, Says Health Minister