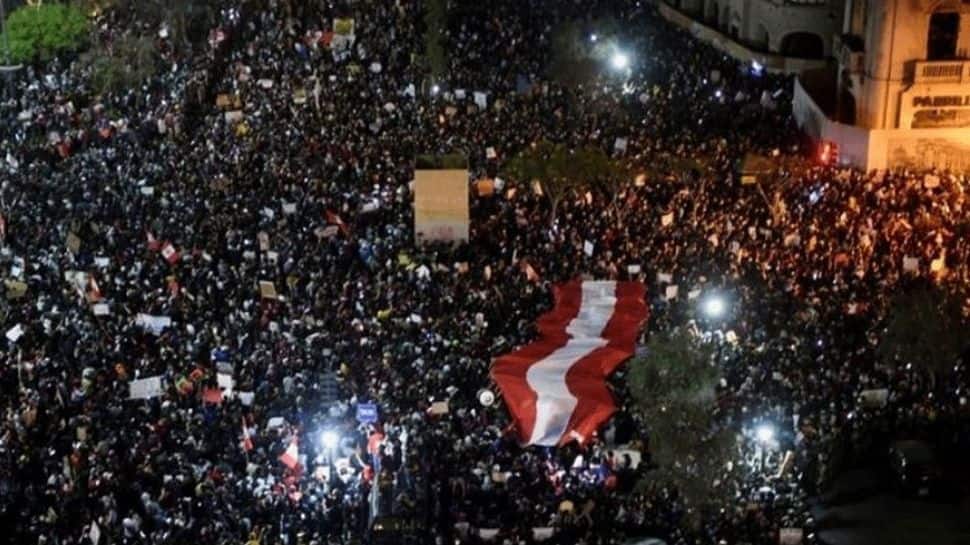 Lima: Peru Prime Minister Alberto Otarola on Tuesday imposed a nighttime curfew in the southern Puno region after clashes between protesters and security forces which claimed the lives of 18 people on Monday, Anadolu Agency reported. Alberto Otarola said the three-day nighttime curfew will last three days and run from 8 pm to 4 am (local time) in Puno. The decision of Peru`s PM comes after a mob of some 2000 people tried to enter the airport in the city of Juliaca in the Puno region.

Protests have been taking place in Peru since December 7, when the country`s President Pedro Castillo was ousted and arrested after he tried to dissolve congress in an effort to avoid impeachment over allegations of corruption, as per the news report. Pedro Castillo`s removal from office sparked protests which left at least 47 people dead. Protesters have called for early elections and the release of Castillo. Pedro Castillo has been serving 18 months of pre-trial detention. On Monday, Peru President Dina Boluarte said that she has already proposed to Congress to bring forward the elections. as per the Anadolu Agency report.

She stressed that violence and chaos can make things “harder” and anything can be achieved during peace. Peru Prime Minister Alberto Otarola regretted the death of people. “The only thing in my hands is bringing forward elections and we have already proposed it,” Anadolu Agency quoted Dina Boluarte as saying. “During peace, anything can be achieved, but amid violence and chaos it gets harder,” she added.

‘We support importance of free press around the world’: U.S. on India banning BBC documentary on PM Modi