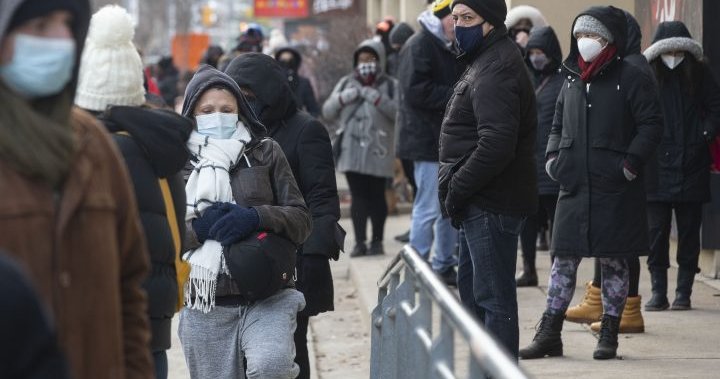 Ontario has set a record for new COVID-19 infections for the second straight day with nearly 9,600 infections reported.

There were 9,571 cases reported Friday, bringing the total number of confirmed cases in the Ontario to 676,924 since the pandemic began.

Provincial figures showed there are 508 people hospitalized with COVID (up by 68), 164 of whom are in intensive care due to COVID (down by five); 102 people in ICUs are on a ventilator (down by four).

Prior to the most recent spike, the largest increase in cases was on April 16, when there were 4,812 reported.

At that time, there were 1,955 people in hospital with COVID and 701 in intensive care due to the virus. Twenty-five deaths were also reported that day.

Individuals who are not fully vaccinated represent 22.7% of Ontario’s total population and amount to 1,892 of Ontario’s 9,571 new reported cases. 254 cases are in individuals with an unknown vaccination status.

Russians push deeper into Mariupol as locals plead for help