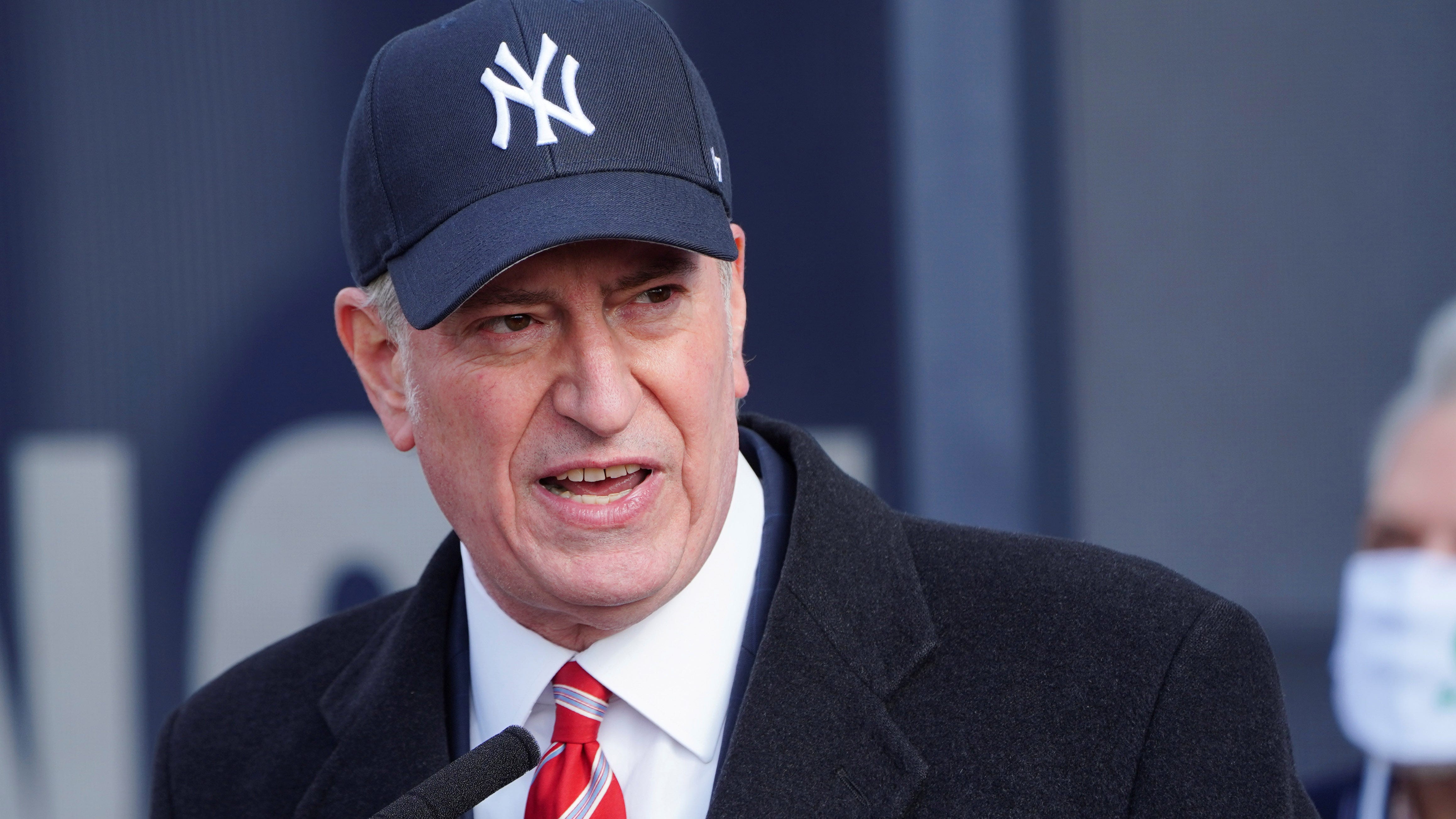 After serving eight years as the Democratic mayor of New York, Bill de Blasio closed out his mayoral tenure on Thursday with a final news conference that reportedly had to be moved indoors after protesters gathered outside City Hall.

De Blasio’s time in office has been controversial and fraught with contention on issues ranging from crime and law enforcement to his administration’s response to the COVID-19 pandemic.

Here is a look back at some of his most notable controversies while in office.

De Blasio faced criticism for his response to the COVID-19 pandemic since its earliest days, when he became one of the first politicians to flout his own restrictions. On March 16, the same day he closed New York City’s schools and a day before he shuttered 27,000 restaurants, de Blasio was chauffeured 12 miles to the YMCA in Prospect Park.

The mayor’s own advisers described his behavior as “inexcusable,” “reckless,” “pathetic” and “self-involved,” according to the New York Post.

DE BLASIO ON SIGNING NONCITIZEN VOTING BILL DESPITE ‘BIG LEGAL QUESTIONS’: MY FOCUS IS ON COVID

In the wake of George Floyd’s death in 2020, de Blasio took part in a march in East Harlem despite feeling sick and refusing to get tested for COVID-19. The mayor’s act moved Councilman Robert Holden (D-Queens) to tell the New York Daily News, “He wrote the book on hypocrisy. During his six years as mayor, he’s been nothing but a hypocrite on most things and this is a great example.”

De Blasio also stoked outrage in April 2020 when he personally helped to break up a rabbi’s funeral in Williamsburg, Brooklyn, in the name of COVID-19.

In December 2020, he threatened to shut down an Orthodox synagogue in Brooklyn “once and for all” if it continued to ignore his COVID-19 restrictions.

On his way out, de Blasio announced in December sweeping mandates across New York City in what he called a “preemptive strike” against a potential surge in COVID-19 infections amid the emergence of the omicron variant.

The mandate requires vaccination for all workers in the private sector with no weekly testing option. The mandate that went into effect Dec. 27 applies to around 184,000 businesses.

During a recent interview on “Morning Joe,” de Blasio said his biggest disappointment as mayor was the issue of homelessness, echoing a similar answer he gave in 2018 during his abortive attempt to become president.

“The thing I’ve struggled with — I’ve been honest about it, Joe — and we finally are making some profound progress, but it’s homelessness,” de Blasio said.

A homeless man sleeps on a bench in the Herald Square subway station on March 4, 2020, in New York City. (Gary Hershorn/FOX News)

“I’m happy to say that after some absolute early misunderstandings and missteps on my part, that I’ve owned up to, we’ve found some strategies that are working much better to get people off the streets,” he continued. “Our shelter population has gone down greatly, it’s much lower than when I took office.”

De Blasio told “Fox News Sunday” that the city is “much safer” now than it was when he first took office, despite a recent surge in murders.

“Eight years I’ve been mayor, index crimes, major crimes in New York City down 11% over eight years. And we did it bringing police and community closer together,” de Blasio said, adding, “The bottom line is that there is today in New York City, a much safer city than we were eight years ago.”

De Blasio, who claimed that he and his wife had to train their biracial son to “to take special care in any encounter he has with the police,” faced opposition from within the ranks of the New York Police Department (NYPD), members of which repeatedly turned their backs to him during formal events.

Eugene O’Donnell, a former NYPD cop who is a professor at John Jay College of Criminal Justice, told the New York Post that de Blasio’s “impact on public safety and the NYPD has been catastrophic.”

“There’s no other word for it,” said O’Donnell. “You have a police job now that is both unwantable and undoable. He took a safe city and he unraveled it. This was a near-impossible accomplishment.”

Georgia Governor’s Race Hints at Good News Down the Road for...