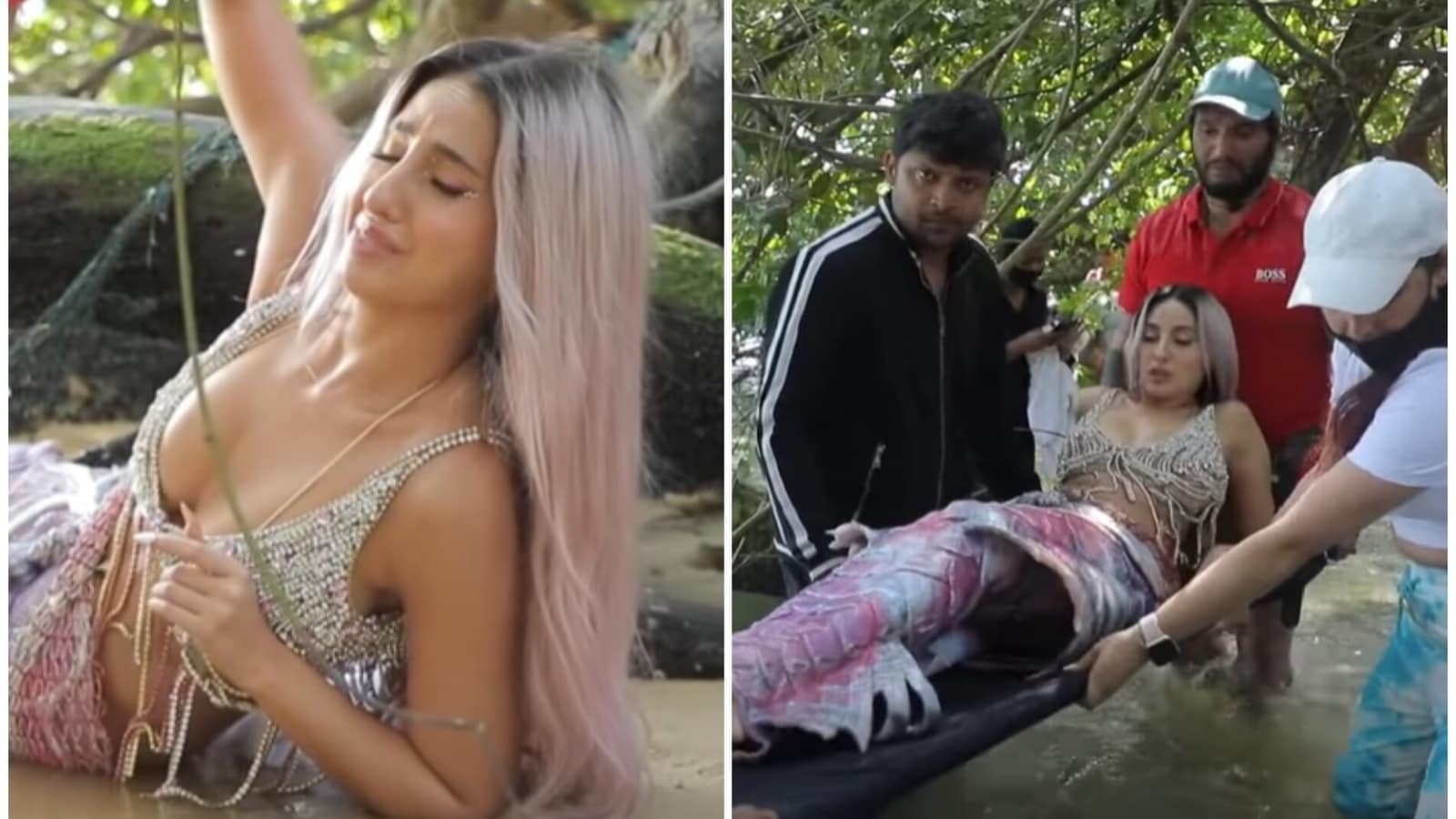 Actor Nora Fatehi teamed up with singer Guru Randhawa yet again for the music video of Dance Meri Rani, a follow-up to their earlier hit, Naach Meri Rani. She shared behind-the-scenes footage from the shoot in Goa on her vlog.

“This is going to be really interesting because we are doing something different. It’s something that is so exciting and close to my heart. We are doing an Afro style, both musically and dance-wise, and also visually. I love it, it’s such a vibe,” Nora said in the video. She added that it was ‘crazy’ for her, as she was juggling rehearsals in between her other shoots, events and performances.

For the Dance Meri Rani music video, Nora sported complete different looks. One of them featured her wearing an ash blond, curly wig.

Nora also teased Guru about shooting music videos with other female artists and said, “Then you just go around and come back to me.” He replied, “That’s where home is.”

Nora then showed how the anklets dug into her skin before she changed into a silver dress, which she described as ‘very heavy’. “You have no idea how relieved I am to remove that wig. Look at my ears. It’s giving me migraines,” she said. She wore rhinestones in her hair for the second look.

For the third look, Nora wore a false fishtail costume, as she turned mermaid. She said that it stuck to her skin and became heavier once she was in the water. She had to be carried around on a stretcher as the costume restricted the movement of her legs.

‘Euphoria’ Season 2 will be a contrast of emotions