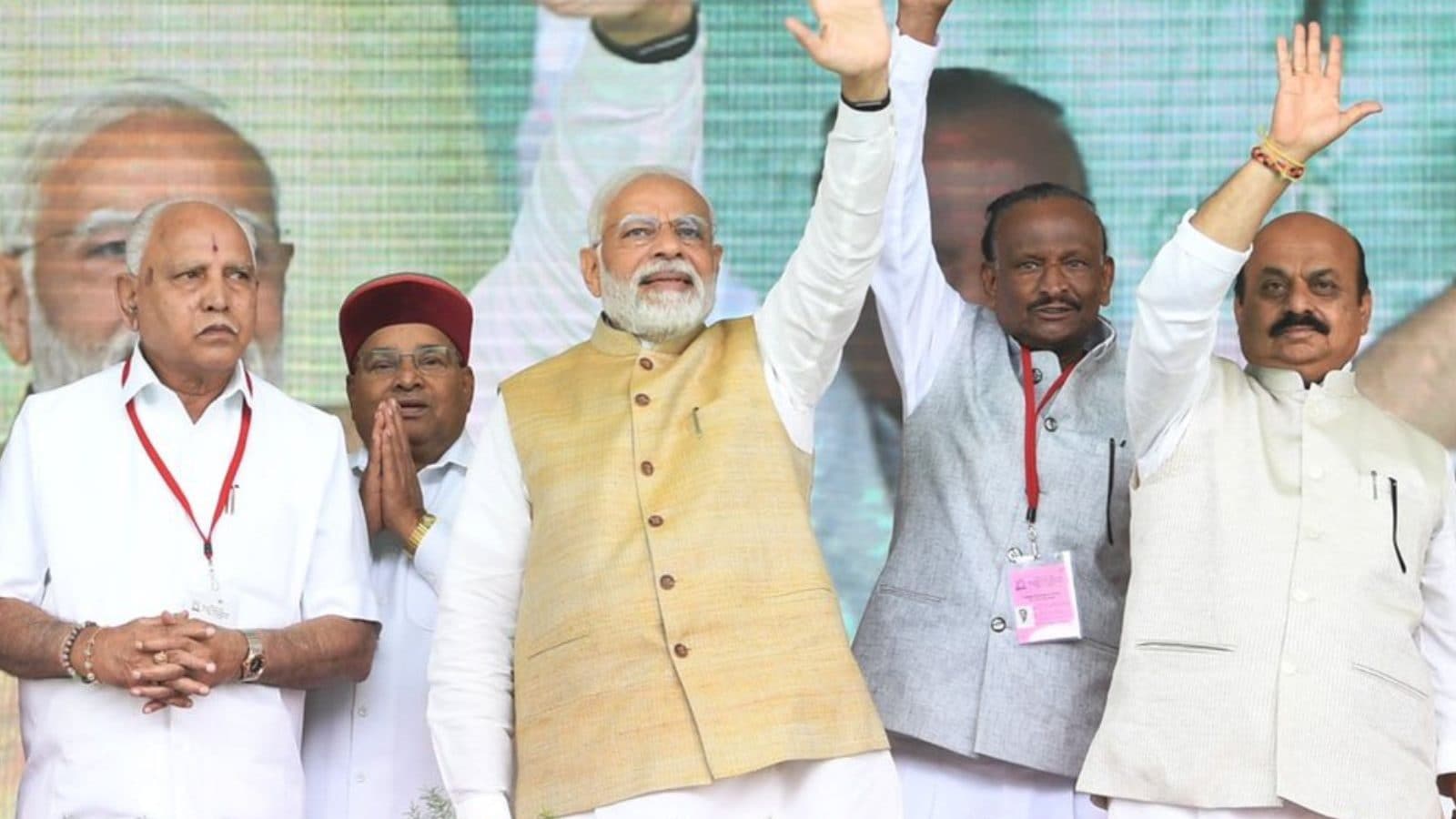 Even before the announcement of the Karnataka elections, PM Modi is to visit Karnataka thrice. (Twitter)

Highly placed sources in the BJP say Home Minister Amit Shah has made it clear that there is no question of an alliance with the Deve Gowda-led party. The BJP will fight the Karnataka polls to defeat the JD(S) and win 150-plus seats, say sources

Putting speculations to rest, the Bharatiya Janata Party (BJP) high command has categorically ruled out an alliance with the Janata Dal (S) in the upcoming Karnataka assembly polls.

Highly placed sources in the BJP said Home Minister Amit Shah has made it amply clear that there is no question of an alliance with the Deve Gowda-led party.

The BJP will, in fact, fight the Karnataka polls to defeat the JD(S) and win 150-plus seats, said sources.

This time around there will be a straight contest between two parties in the Karnataka election. On one hand, there is the BJP- a party of patriots. On the other hand, there is the Congress which supports the ‘Tukde-Tukde Gang’. pic.twitter.com/BSTN1K93Hv— Amit Shah (@AmitShah) December 31, 2022

The BJP high command is aware that the JD(S) is powerful in the old Mysuru-Karnataka region. They know the party has to work hard, but the high command plans to bring in more big names and personalities within the fold, said sources.

The party feels personalities matter in many regions of Karnataka. The high command is confident that in Mandya, Hasan and Chamrajnagar, the BJP will perform well this time.

Arun Singh, BJP general secretary in-charge of Karnataka, said, “We have to work extra hard in two regions — Old Mysuru-Karnataka region and Hyderabad-Karnataka region. The BJP has organised SC and OBC meets in the region. We have seven Vokkaliga ministers in the state and one at the Centre.”

Many leaders have joined the BJP in areas where the party didn’t win many seats. There are over 12 ministers from Bengaluru and Old Mysuru region. “2C and 2D reservations have been announced. The state government has increased reservation for SC/STs. But the government is yet to show all its cards.”

The role of Sri Nadaprabhu Kempegowda in the making of Bengaluru is unparalleled. He is remembered as a visionary who always put the welfare of people above everything else. Honoured to inaugurate the ‘Statue of Prosperity’ in Bengaluru. pic.twitter.com/zoMIXIYFf1— Narendra Modi (@narendramodi) November 11, 2022

PM IS THE TRUMP CARD

PM Narendra Modi visited Bengaluru recently and inaugurated the statue of Kempegowda — a symbol of development and great Vokkaliga leader — which sent out a good message. The call for a double engine government will be the theme.

Even before the announcement of the elections, PM Modi is to visit Karnataka thrice, including today’s Hubballi youth meet. He is likely to visit on January 19 and 29 too.

Singh said that people trust the CM Basavaraj Bommai as “clean”. He is the son of sr Bommai and carries a simple image and is politically mature.

The high command is of the firm belief that the CM faces no anti-incumbency and to add to it there is the popularity of BS Yediyurappa. “The tuning is very good. Yediyurappa was given respect by top central leaders as he was brought in on the parliamentary board. His son will contest the polls,” he said.

The BJP’s ‘Booth Vijay Abhiyan’ is going on. It involves going to all booths and raising party flags till January 22. After this abhiyan, the party will launch the ‘Ghar Ghar BJP’ programme this month.

The elections are likely to held at the end of April or beginning of May.

Court Rules Bombshell Criminal Evidence Against Trump Must Be Turned Over...