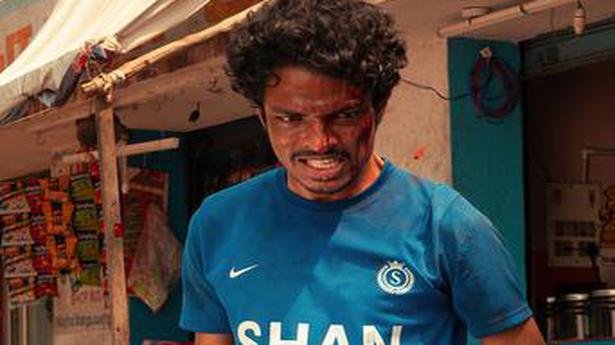 Much has been written about the cinematic disaster that is the anthology film Navarasa, now showing on Netflix. And while one usually dismisses bad films with a shrug, these nine shorts come from Tamil cinema’s supposedly top filmmakers, which makes the mediocrity a bit inexplicable. Worse, the series is created by star director Mani Ratnam, about whose cinematic mojo the less said the better after this outing.

Also Read | Get ‘First Day First Show’, our weekly newsletter from the world of cinema, in your inbox. You can subscribe for free here

But what stood out for me after the four-hour anthology was the extraordinary aridity of the cinematic imagination on display. And this, I believe, comes from the great cultural vacuum we now occupy where all creative energy is expended on negotiating what, for want of a better word, I will call the ‘middle’. Nothing else explains why the segment on ‘Wonder’ could not frame a 30-minute futuristic plot about a time machine without dragging in astrology and God and feeling compelled to name its protagonists Vishnu, Krishna and Kalki.

The inability of Indian artists and writers to go beyond mythology might at one level be looked at simply as artistic failure but I would argue that this bogging down also explains our continuing lack of creativity in, for instance, engineering or pharmacology or even dance, where bold, original, cutting-edge ideas still elude us. A society that continuously harks back is ill-equipped to meet the future and that gets reflected in this anthology as well, whether in its decision to rake up the ancient Natyashastra or in its failure to craft a critical and contemporary lens to explore the nine rasas. 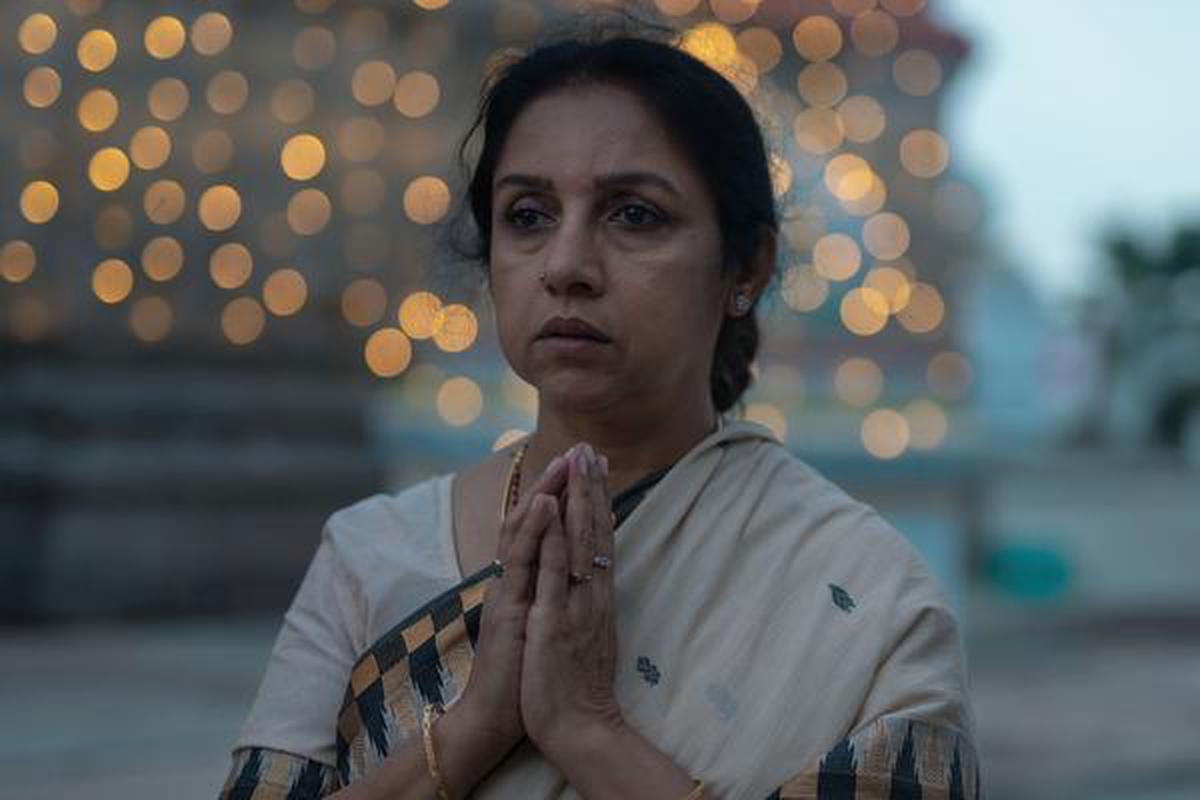 The episode on ‘Disgust’, for example, is intent on perfectly reproducing a Brahmin village in 1965. So you get authenticity of a photographic kind, admirable no doubt, but one can’t evoke something as primal as disgust when drowning in sweet nostalgia, especially when disgust itself is such a strong and subjective emotion, varying across cultures and across generations. The film is unreal, blank, like a pretty ad for kanjeevaram saris, its social setting limited, its transgression too petty for horror.

In ‘Anger’, where a single mother is forced to sleep with her employer for a loan to tide her family over, the responses the filmmaker dredges up are rage and humiliation. Not respect, not understanding, not even just love, but the same tired, violent responses that drive honour killings. If murder and an unforgiving daughter are the only things a film can conjure up in 2021, if one must still ‘judge’ a woman’s bodily choices and not just shut up, it exposes not only the project’s creative poverty, but the barrenness of the cultural landscape it inhabits.

It comes as no surprise, therefore, that not one of the nine episodes has a woman director. One suspects a woman might have at least had a different sense of humour. In ‘Haasya’, Priyadarshan not only lazily decides that the mere presence of a large, dark, unkempt personage will generate laughter, but that spinsterhood is the ultimate defeat for a woman. Indian society’s deep discomfort with dark skin, academic failure, human waste, impurity, single women, all come together in this sad excuse of an episode that any self-respecting creative director would have thrown out. 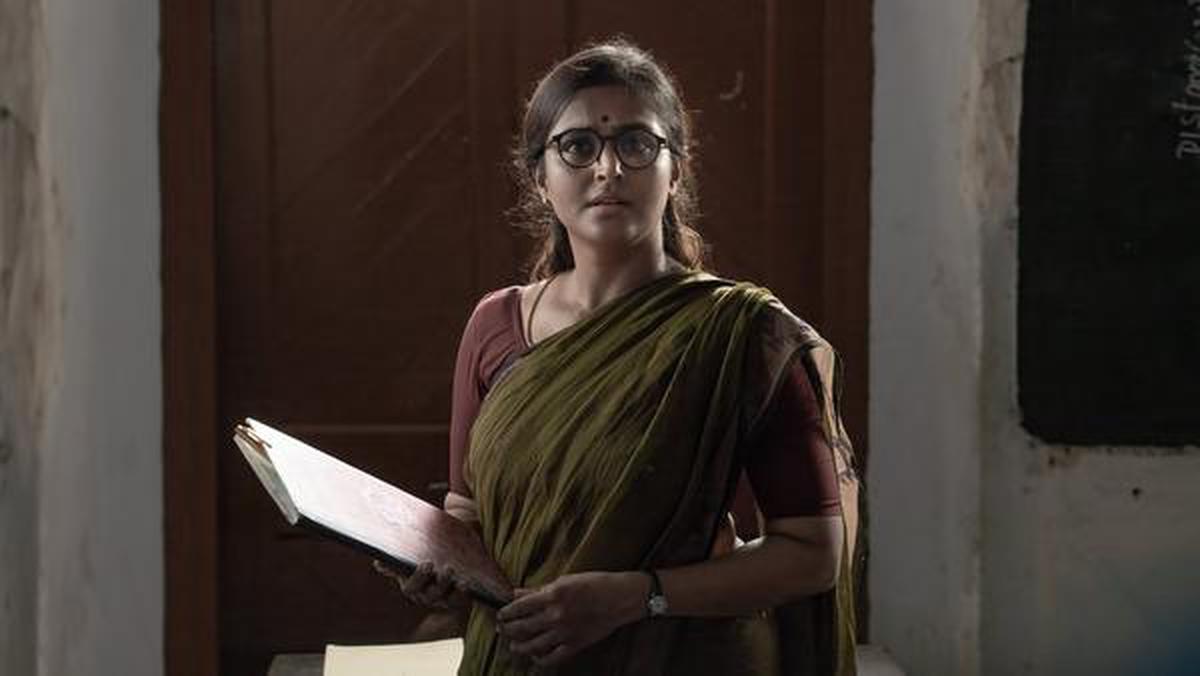 Artistic uncertainty of this magnitude can only be the reflection of a tottering society — one where we feel compelled to equate religion with science to prove our ‘ancient’ credentials; where not a day goes by without women being bullied on social media, often by violent male fans of the same film industry; where the worst ‘insults’ against women still question her ‘virginity’ and ‘chastity’; where people can still be labelled ‘unclean’ and thus excluded; where caste is an obsession and public humiliation honed to perfection; where we are so obsessed by a romanticised past that we have lost the ability to question an unpleasant present.

Such an uneasy, unsure and underconfident society will invariably inspire bizarre art as well. And, not least, result in the kind of clueless impotence that marks the last Navarasa segment, ‘Romance’. Directed by Gautham Menon, the segment’s emotional emptiness and vacuity, the artifice it substitutes for candour, the verbosity it chooses over action is in many, many ways a simulacrum of society today. The hollow men of this anthology are no accident, but wholly a product of our times.

Where the writer tries to make sense of society with seven hundred words and a bit of snark.