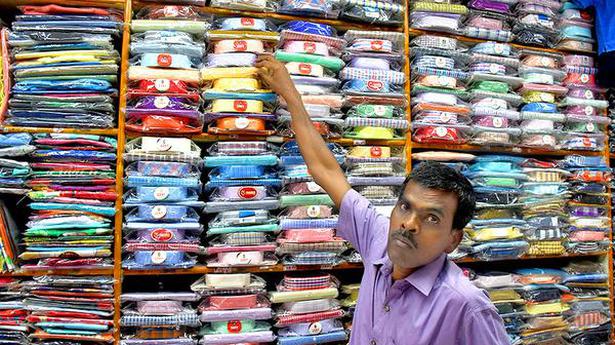 Prices of garments will climb by 7% from January 1 as the GST rates are set to increase from 5% to 12%, industry sources said.

Clothing Manufacturers Association of India (CMAI) chief mentor Rahul Mehta said the industry was not in a position to absorb the increase in rates that would take effect on January 1. “Garments will become expensive by 7% at the consumer level immediately, and [prices] may go up further in the future with the increase in other prices,” he said.

According to the South Indian Hosiery Manufacturers’ Association in Tiruppur, garments across price ranges, from basic wear to branded products, will be hit by higher GST from January 1. The direct and immediate impact would be a rise of 7% in prices, said sources in the association.

Citing a recent study, Mr. Mehta said the clothing and textiles sector has different GST rates for different products. With uniform 12% duty, 85% of the market is expected to be affected.

While the Centre may see higher revenue of ₹7,000 to ₹10,000 crore, the overall industry compliance is expected to be reduced. The government should look at uniform 5% duty, instead.

Textiles and clothing manufacturers have been urging the Centre to review the decision to raise GST to 12%.

Jobs market yet to fully recover in Asia-Pacific post-pandemic:ILO report