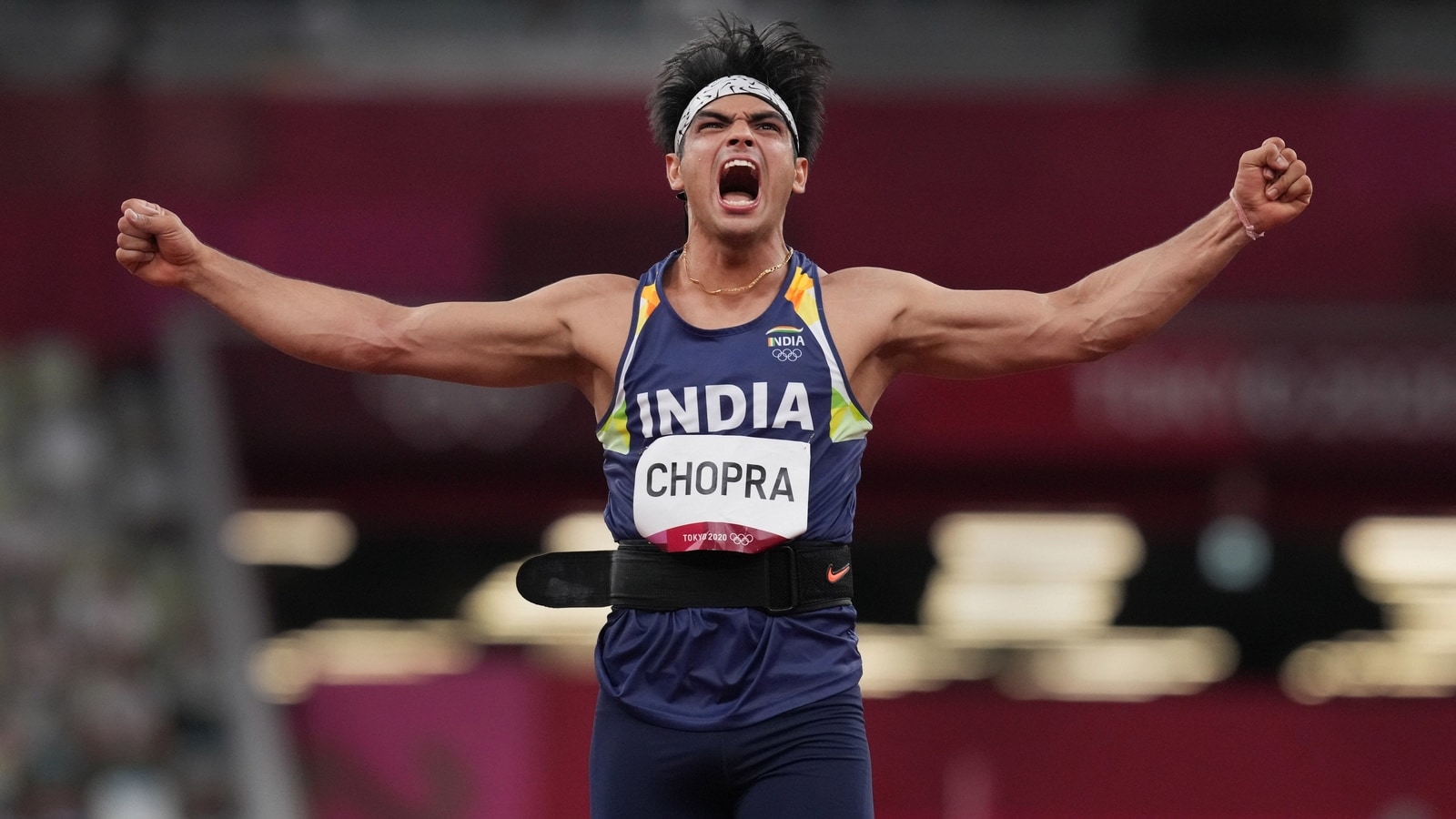 Neeraj Chopra is enjoying the hard grind of training. He is relieved to be living the “life of an athlete” once again, away from the hysteria and unrelenting celebratory events he had to be a part of following his Tokyo Olympics gold. Just in time too, for the coming season will leave the 24-year-old with hardly any space to breathe. In a year which will see the Athletics World Championships (15-24 July, Oregon, USA), the Commonwealth Games (28 July – 8 August, Birmingham, England) and the Asian Games (10-25 September, Hangzhou, China), the ambitious Chopra wants to do it all, and achieve a long-term goal–breaching the 90m mark.

Chopra, who is currently training at the Chula Vista Elite Athlete Training Center in the US, is yet to start javelin-specific training. He is instead working on his basic fitness. The four-month break after the Tokyo Olympics made him add close to 13kgs, he revealed during a media interaction on Thursday.

“Maza aa raha hai, training mein zor lag raha hai. Athlete wali life shuru ho gayi hai (I am enjoying and pushing myself in training. The athlete’s life has started,” Chopra smiling but with fatigue in his eyes, said from his base in San Diego, California.

“I am following my routine here. Breakfast by 7:30am and then go to the centre for training, where we spend over two hours, have lunch and come back to our apartment for rest. I head to the centre again by 4pm and spend another two to three hours. Once I am back, I relax. I speak to friends or family members or go out to buy some essentials before calling it a day.”

It has been 22 days since Chopra began this routine and he is homing in fast on his fitness targets.

“I just wanted to get back to training and focus only on my game. When I came here, I had put on around 12-13kgs and my fitness level was low. I was eating everything during the break after Tokyo. I have now shed more than 5kgs and I am closer to the weight that I usually have during off season,” said Chopra. “When I started training, my body was in pain and I had to put effort in my workouts. You get physically exhausted and mentally too you have to push yourself. But I am working with a positive mindset and also taking care that I don’t get injured in the process. I will soon start javelin specific training.”

How is he planning to jump from major event to major event, some of which, like the World Championships and the Commonwealth Games, dovetail into each other?

“My plan is to cover all the big events but some are really close. I have not thought about skipping any right now and preparing in a way so that I am able to compete in all of them. Rest I leave it to the coach and our federation (AFI) to decide,” he said. “All these events are in different countries and with the rise in COVID cases, we have to see how we can go about our plans to compete.”

Asked specifically about the World Championships, Chopra, who broke into the big league with a gold medal at the World Junior Championships in 2016, said he would go all out to win India’s second medal on the big stage.

“I will give my 100 percent. After Anju Bobby George, no Indian has won a medal at the world championships,” he said.

His ambition in the new season is to cross the 90m mark. He has come closer to the mark each time he has set the national record. Germany’s Johannes Vetter got past the 90m mark a staggering seven times this year, with a season’s best 96.29m in May. Vetter, however, was unable to reproduce that monstrous form in Tokyo, and finished ninth (82.52m). Chopra struck gold with 87.85. Chopra’s personal best is 88.07, that came last year in a domestic meet.

“It is very important to achieve this (90m). Medals are one thing and distance is another. Going beyond 90m will put me among the world’s best throwers. Vetter is there and Andreson Peters is close,” Chopra said. “I am close to it but I don’t think too much about it. There is no pressure on me. I know that with good training I should be able to achieve it on my day.”

Chopra’s focus in training will now be on small tweaks to technique and biomechanics as well as building more speed and power.

“We can get better with small improvements like my blocking leg bends, or the placement of my right leg,” he said. “I can also work on my explosive strength, core strength and speed. That will help my technique. When you add a little bit of everything, then only the distance can be covered.”

Chopra has his coach Klaus Bartonietz and physio Ishaan Marwaha in the US to guide him.

“I am very different in competitions. My mind and body react differently. Like at the Tokyo Olympics, I was at ease. It is not that I did not feel the pressure but I was ready to give a good performance,” he said. “I can’t say right now whether after Tokyo there will be added pressure or motivation. I will try to be normal the way I have been so far but I will get to know after one or two competitions how it feels.”

Flip side of Stardom

The Tokyo gold made Chopra an overnight celebrity in a country where Olympic heroes are extremely rare. Being in the midst of a prolonged frenzy surrounding him, Chopra said he has learnt what it takes to deal with stardom.

“It felt so heartening to hear when people told me how much pride they take in my performance. I was meeting so many people from so many walks of life and facing different questions,” he said. “Sometimes it is difficult to handle. If you don’t want to go somewhere, or just don’t feel like, still you have to do it, then it becomes difficult. After all, you are the same person and you have to divide time. It hurts when people say ‘he has changed,’ and it leads to negativity.

“I was able to manage it because I had a very good team and family but many athletes might find it difficult when so many things suddenly come up and it becomes difficult to focus on your game.”

All that is behind him now. A new season marks a new start for Chopra.