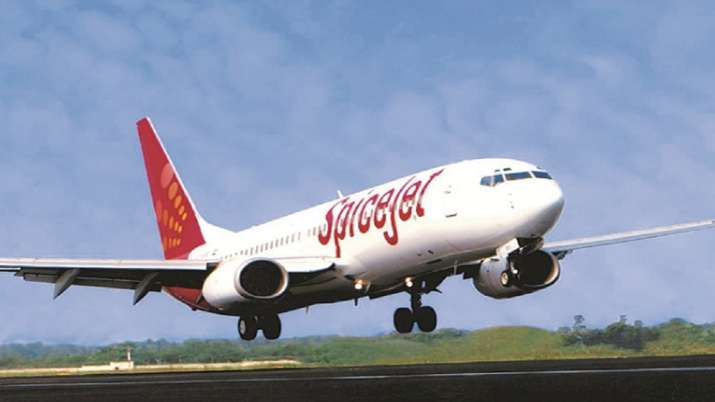 Mumbai-bound SpiceJet flight SG 3324 (Mumbai-Kandla) windshield cracked during cruise at FL230. The crack emerged on the outer pane of the P2 site. The aircraft was coming from Kandla, Gujarat.

Speaking about the incident, SpiceJet spokesperson informed, “On 5th July, 2022, SpiceJet Q400 aircraft was operating SG 3324 (Kandla – Mumbai). During cruise at FL230, P2 side windshield outer pane cracked. Pressurization was observed to be normal. The aircraft landed safely in Mumbai.”

Earlier in the day, SpiceJet’s Delhi-Dubai flight was diverted to Karachi as the fuel indicator started malfunctioning, officials of the aviation regulator DGCA said.

This is at least the sixth incident of technical malfunction happening on SpiceJet aircraft in the last 17 days.

The Directorate General of Civil Aviation (DGCA) is investigating Tuesday’s incident, along with the previous five incidents, the officials noted.

The Boeing 737 Max aircraft — which was heading from Delhi to Dubai — started showing unusual fuel quantity reduction from its left tank when it was mid-air, they said. Therefore, the plane was diverted to Karachi, they noted.

When an inspection was done at the Karachi airport, no visual leak was observed from the left tank, they added.

An official of Pakistan Civil Aviation Authority (PCCA) confirmed that the SpiceJet aircraft has made an emergency landing at the Karachi airport after developing a technical fault after it left New Delhi for Dubai.

“The pilot of flight no SG 11 contacted the control tower while flying over Pakistan airspace and said the aircraft had developed some technical fault. He requested an emergency landing. He was given permission to land on humanitarian grounds,” the PCAA official confirmed.

He said there were around 100 passengers on the flight.

In a statement on Tuesday, SpiceJet earlier said, “On July 5, 2022, SpiceJet B737 aircraft operating flight SG-11 (Delhi-Dubai) was diverted to Karachi due to an indicator light malfunctioning. The aircraft landed safely at Karachi and passengers were safely disembarked.”

“No emergency was declared and the aircraft made a normal landing. There was no earlier report of any malfunction with the aircraft,” it mentioned.

Passengers have been served refreshments, it said, adding that a replacement aircraft is being sent to Karachi that will take the passengers to Dubai.

5G Services Launched In US Without Huge Impact On Flights