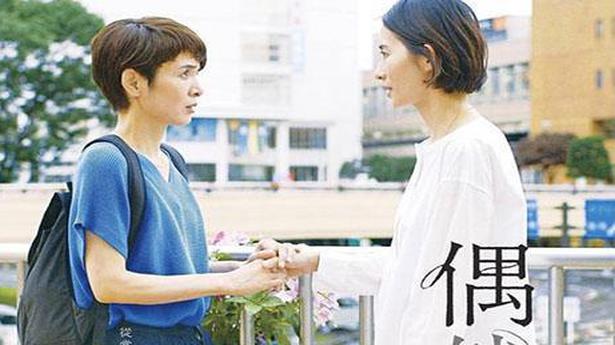 The 19th Chennai International Film Festival is here, promising a treat of 121 films from 53 countries

“The feeling of watching a film on the large screen is something else,” says E Thangaraj, general secretary, Indo Film Appreciation Foundation. “Sound effects and visuals can be experienced to the fullest only in a cinema theatre,” he points out. The Foundation’s 19th Chennai International Film Festival seeks to offer cinema lovers exactly this.

Also read | Get ‘First Day First Show’, our weekly newsletter from the world of cinema, in your inbox. You can subscribe for free here

With the last couple of years seeing more films releasing on OTT platforms than on the big screen, Thangaraj hopes that the festival will provide fodder for film buffs. “This is an opportunity for them to watch our pick of award-winning films from around the world,” he adds.

This year, the festival will feature 121 films from 53 countries and is spread across two venues — PVR Multiplex (formerly Sathyam Cinemas) and SDC Anna Cinemas. Thangaraj highlights films such as Three Floors by Nanni Moretti, Vortex by Gaspar Noé, A Hero, and When Pomegranates Howl, both of which were entries at the 94th Academy Awards.

A Hero (Iranian entry for the Best International Feature Film at the 94th Academy Awards): The film, written and directed by Asghar Farhadi, is about Rahim, who is in prison for debt he is unable to pay back. On a two-day leave from his sentence, he tries to convince his creditor to withdraw the complaint against him.

When Pomegranates Howl (Australian entry for the Best International Feature Film at the 94th Academy Awards): The 2020 Afghan-Australian drama film written and directed by a Iranian director Granaz Moussavi is about a nine-year-old boy living on the streets of Kabul, who dreams of becoming a movie star.

The film festival is on from today till January 6. To register, visit www.icaf.in or www.chennaifilmfest.com. Registration can also be done offline at SDC Anna Cinemas, 21, Anna Salai, Triplicane.

Aishwarya Sakhuja: My family is at peace with me stepping out...

Neeraj Chopra Was Funded 1.8 crore by the Indian Government