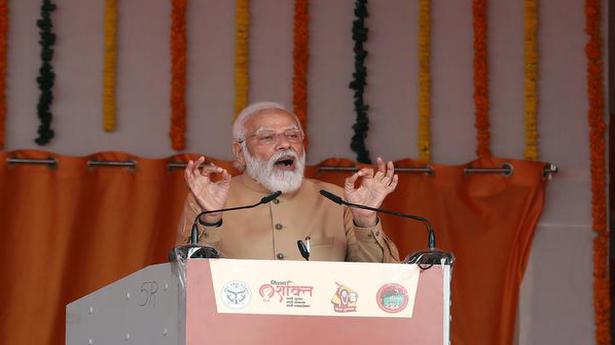 The New Integrated Terminal Building (NITB) has been built at a cost of ₹3,400 crore

Union Civil Aviation Minister Jyotiradiya Scindia and senior officials of Airports Authority of India (AAI) would also be present at the programme, he said.

The New Integrated Terminal Building (NITB) has been built at a cost of ₹3,400 crore.

“I have received a call from the Prime Minister’s Office (PMO) confirming the PM’s visit to Tripura to inaugurate the new terminal building of MBB Airport, second busiest in the Northeast. Besides, he will also address a public rally at Vivekananda Ground on the same day,” Mr. Deb told reporters.

Earlier, AAI chairman Arvind Singh had visited the state on December 15 to review the progress of work being undertaken at the terming building.

The NIBT, with 20 check-in counters, will be able to handle 1,200 passengers, including international fliers, in a day, officials said.