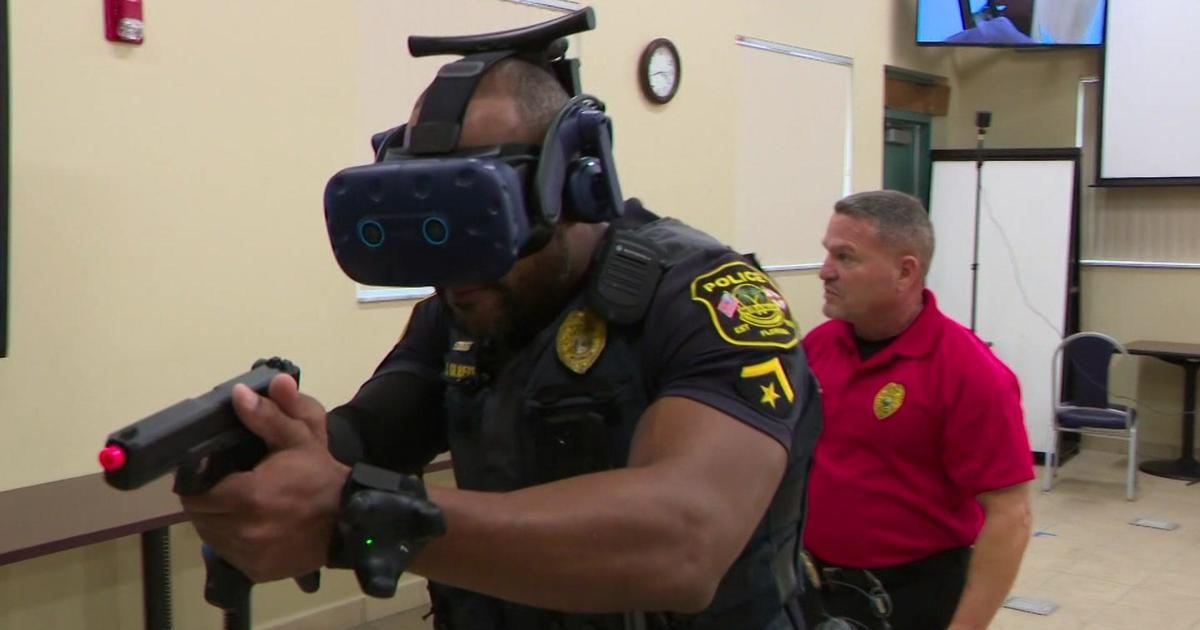 MIAMI — Officers with the Miramar Police Department have begun using de-escalation training, which is now in the metaverse and gives the department the ability to create or re-create any scenario.

Officer Jeffrey Gilbert recently used the new system for the first time ever.

Training officer Mauricio Arbelaez was at the controls, and he has the ability to manipulate the scene as Gilbert responds to a virtual call.

“Basically the training, because this is the closer to reality that we can get to,” Gilbert said when asked about the new approach.

Raul Montero, who lives in Miramar, received a sneak peak at the virtual training that will be used in the Citizens Police Academy next year.

Montero was successful in de-escalating a scenario involving a woman with a gun at a park.

Training officer Tony Egues coached Montero as he went through a second scenario of a woman with a knife.

“We would encourage our officers to get on the radio and ask for 10-94, which is back up for us,” Egues said.

In the second scenario, Montero was forced to fire.

Egues suggested an option Montero could have considered.

“Is there somewhere I can talk to her from behind where she can’t get to me with that knife?” Eques asked.

“Police officers have nano seconds to make decisions to keep everyone safe, including themselves,” he said.

A CBS 4 reporter who entered the virtual world with Esques tried to de-escalate a situation at a bar, where a woman was armed with a bat.

“Give her verbal commands,” Egues said during the demonstration.

Just one minute into the attempt to de-escalate while also trying to get a bystander to move, a CBS 4 reporter fired at the woman as she rushed forward.

Egues suggests there could have been a different outcome if the reporter had simply stepped behind the bar.

“You can put that between you and her, give you a little more distance and perhaps it gives you the option of talking her down a little bit prior to her taking action,” he advised.

In a second scenario, a naked woman with a knife, I talked her down in a 1:02.

Egues explains the premise of this training is simple.

“We’re asking our officers to think critically and expand those options so to speak in a matter of seconds,” he said. “That’s difficult to do.”

Many Miramar police officers have already completed the training with the remainder set to complete the new de-escalation techniques next year.

There will also be three opportunities for Miramar residents to experience the training though the Citizen’s Police Academy.  There will be two in English and one in Spanish.

Multiple Emmy award winning journalist Ted Scouten has been the familiar face at the scene of international stories that have affected South Florida since 1998.