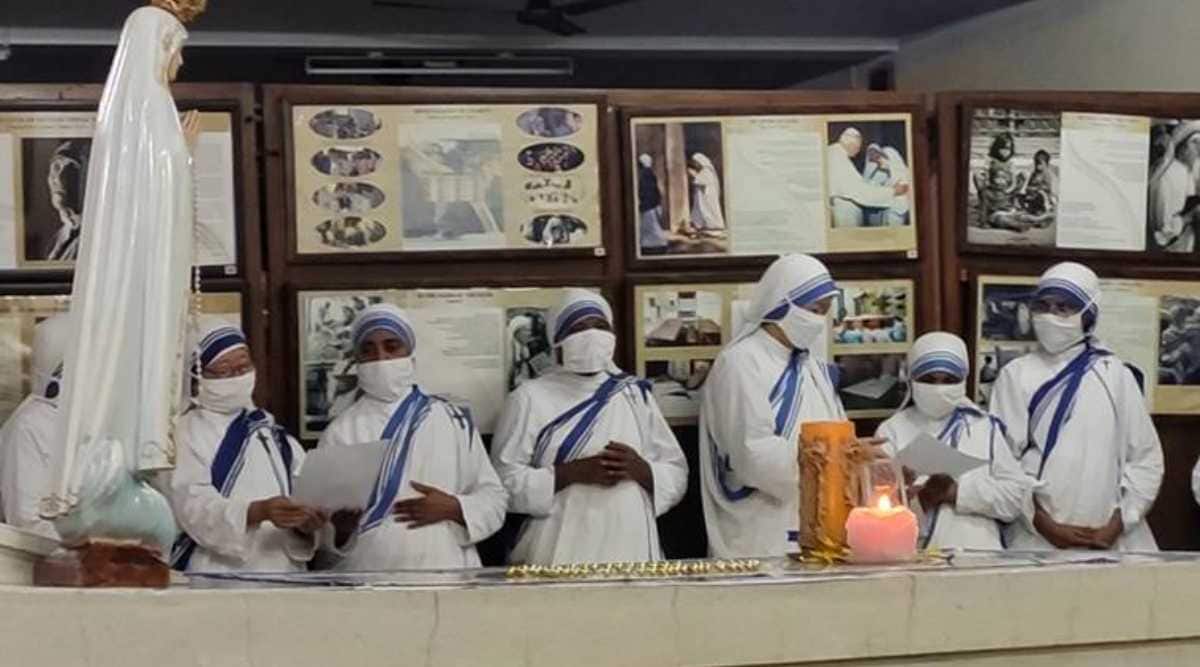 The Ministry of Home Affairs (MHA) has refused to renew the registration of Missionaries of Charity (MoC), an NGO founded by Mother Teresa, under the Foreign Contribution Regulation Act (FCRA) based on “adverse inputs”.

MHA officials said an application for renewal of the NGO’s FCRA licence, which is valid till December 31, was rejected on Christmas.

It said that while considering the MoC’s renewal application, “some adverse inputs were noticed”.

“In consideration of these inputs on record, the renewal application of MoC was not approved… No request/revision application has been received from the Missionaries of Charity (MoC) for review of this refusal of renewal,” it said.

The MHA did not provide details of the “adverse inputs”. It, however, refused allegations that it has frozen the NGO’s accounts.

‘The MHA did not freeze any accounts of the MoC. The State Bank of India (SBI) has informed that the MoC itself sent a request to the SBI to freeze its accounts,” the ministry said.

West Bengal Chief Minister Mamata Banerjee on Monday afternoon tweeted, “Shocked to hear that on Christmas, Union Ministry FROZE ALL BANK ACCOUNTS of Mother Teresa’s Missionaries of Charity in India! Their 22,000 patients & employees have been left without food & medicines. While the law is paramount, humanitarian efforts must not be compromised.”

Shocked to hear that on Christmas, Union Ministry FROZE ALL BANK ACCOUNTS of Mother Teresa’s Missionaries of Charity in India!

Their 22,000 patients & employees have been left without food & medicines.

While the law is paramount, humanitarian efforts must not be compromised.

This was followed by a reaction from the Congress. Party leader Shashi Tharoor tweeted, “This is indeed shocking. When Mother Teresa wins a Nobel Prize, India rejoices. When her organisation serves the poor & destitute, the govt cuts off their funding. Disgraceful.”

This is indeed shocking. When Mother Teresa wins a Nobel Prize, India rejoices. When her organisation serves the poor & destitute, the govt cuts off their funding. Disgraceful. https://t.co/dpHInSubqo

According to the MHA, the MoC was registered under the FCRA vide Registration No. 147120001 and its registration was valid up to October 31, 2021. The validity was subsequently extended till December 31, 2021 along with that of other FCRA associations whose renewal applications were pending.

Notably, the MoC has time and again faced allegations of conversion from outfits associated with the Sangh Parivar and several BJP MPs have also made such allegations.

Earlier this month, an FIR was registered against the MoC in Gujarat citing these allegations. The MoC was booked under the Gujarat Freedom of Religion Act, 2003, for allegedly “hurting Hindu religious sentiments” and “luring towards Christianity young girls” in a shelter home it runs in Vadodara city. The organisation had rejected the charge.

The FIR lodged at Makarpura police station on Sunday is based on a complaint from District Social Defence Officer Mayank Trivedi who, along with the Chairman of the Child Welfare Committee of the district, visited the Home for Girls run by the MoC in Makarpura on December 9.

The FIR states that during his visit, Trivedi found that girls at the home were being “forced” to read Christian religious texts and participate in prayers of Christian faith, with the intention of “steering them into Christianity”.

The issue was even raised in the Winter Session of Parliament, with BJP MP Nishikant Dubey accusing the MoC of indulging in religious conversions and illegally sending children for adoption abroad.

Djokovic comes back from two sets down to beat Sinner