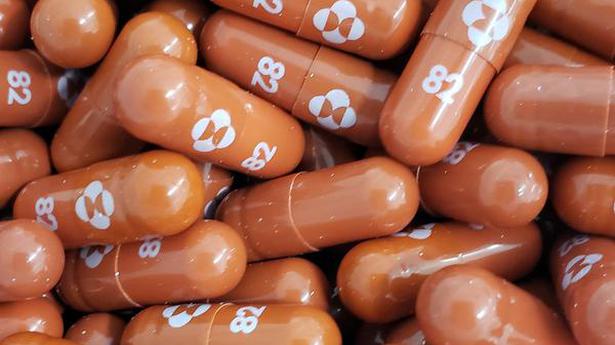 The U.S. on Thursday authorised Merck & Co’s antiviral pill for COVID-19 for certain high-risk adult patients, a day after giving the go-ahead to a similar but more effective treatment from Pfizer Inc.

Merck’s drug, molnupiravir, developed with Ridgeback Biotherapeutics, was shown to reduce hospitalisations and deaths by around 30% in a clinical trial of high-risk individuals early in the course of the illness.

The U.S. Food and Drug Administration authorised Merck’s drug to treat mild-to-moderate COVID-19 in adults who are at risk for severe disease, and for whom alternative COVID-19 treatments are not accessible or clinically appropriate.

Pfizer’s drug, Paxlovid,was authorised on Wednesday for people aged 12 and older and has shown to be nearly 90% effective in preventing hospitalisations and deaths in patients at high risk of severe illness, according to trial data.

The Pfizer treatment’s two-drug regimen may not be appropriate for some patients because it includes an older antiviral called ritonavir that is known to have interactions with some other prescription medicines.

The agency’s decision on Thursday comes despite concernsabout its use by some outside advisers to the FDA.

Both the Merck and Pfizer pills could be promising tools for those who are sick with COVID-19,especially in the face of the fast-spreading Omicron variant,which is now dominant in the United States. Some existing monoclonal antibody therapies given in the hospital are not as effective against Omicron.

“This drug is also incredibly easy to use,” Nick Kartsonis,senior vice president of clinical research for vaccines and infectious diseases told Reuters.

“It doesn’t require any second drug to boost its efficacy,and you can give it in a variety of special patient populations,including people who have significant issues with liver function or kidney function, and you don’t have to worry about concomitant medications.”

Merck’s drug is not authorised for use in patients younger than 18 because molnupiravir may affect bone and cartilage growth, the FDA said. The pill is not recommended for use during pregnancy, the agency added.

The drug is meant to be taken twice a day – four pills each time – for five days, making a full treatment course 40 pills.

“We have entered into agreements with the US government for slightly more than 3 million doses, 3 million courses of treatment over 2021 and 2022,” Schaper told Reuters.

Merck has said molnupiravir, which helps prevent the virus from replicating, should be effective against any variant,including the new Omicron variant.

Over 10,000 Visitors Gather to Celebrate Diwali at First Hindu Temple...

Harvest on the horizon for Saskatchewan farmers | Globalnews.ca