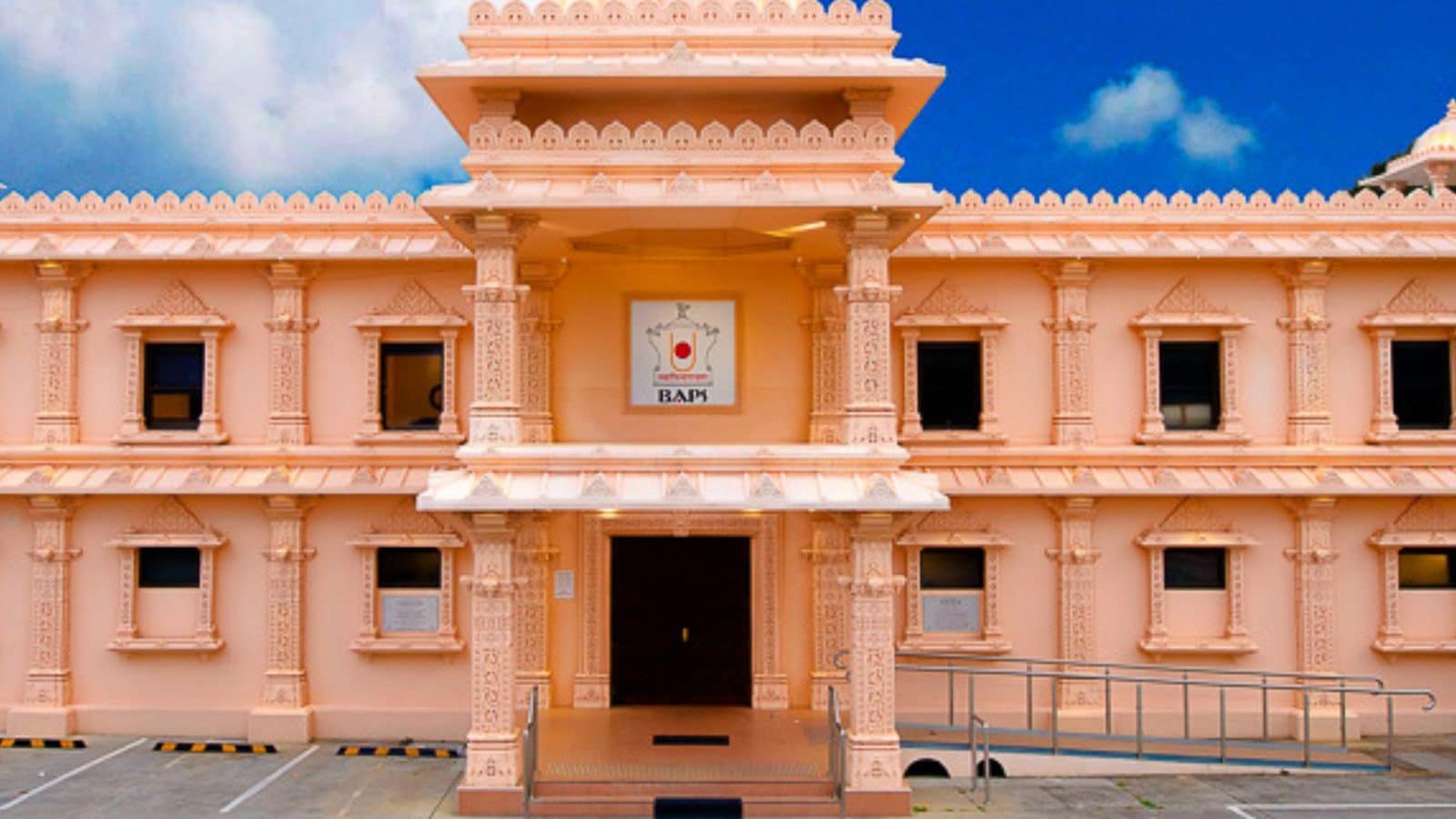 India has raised strong objections with the local authorities, said government sources, adding they have asked them to initiate a probe and arrest the group behind this

A BAPS Swaminarayan Mandir in Melbourne’s northern suburb of Mill Park in Australia was defaced on January 12, with anti-India graffitis, according to the temple authorities.

India has raised strong objections with the local authorities, said government sources, adding they have asked them to initiate a probe and arrest the Khalistani group behind the incident.

“Hindus live peacefully in Melbourne, but some groups are trying to creating tension between the authorities and the community. The Melbourne authorities should look into this otherwise these groups will spread here like the United Kingdom (UK) and Canada,” said government sources.

Evan Mulholland, Liberal MP for the Northern Metropolitan Region, tweeted, “Thinking of the BAPS Swaminarayan Mandir community after the Mill Park temple was vandalised today. This vandalism is deeply distressing for Victoria’s peaceful Hindu community, especially at this holy time.”

Thinking of the BAPS Swaminarayan Mandir community after the Mill Park temple was vandalised today. As I said to @TheAusToday “This vandalism is deeply distressing for Victoria’s peaceful Hindu community, especially at this holy time.” https://t.co/5rMUKSjwkb— Evan Mulholland MP (@evmulholland) January 12, 2023

Meanwhile, BAPS Swaminarayan Sanstha Australia in a statement appealing for peace has said that they are deeply saddened by this incident. “We are deeply saddened by the anti-India graffiti at the gates of the BAPS Shri Swaminarayan Mandir in Mill Park, Melbourne, Australia by anti-social elements. The BAPS temple in Mill Park, like all temples of BAPS worldwide, is an abode of peace, harmony, equality, selfless service, and universal Hindu values,” they said in a statement on Thursday.

“…the spiritual leader of the BAPS Swaminarayan Sanstha, has prayed for peace and unity and has appealed to all devotees and well-wishers to maintain peace,” the statement said.

“We are thankful for the appropriate authorities, including the governments of Australia and India as well as local community organisations, for their continued support. BAPS Mandirs across Australia are symbols of a thriving multicultural society which nurtures Australian values of respect, mateship and tolerance.”

The Vishva Hindu Parishad of Australia in a statement condemned the attack. “This attack is an exact copy of the incident in Toronto…” it said.

The BAPS Swaminarayan Sanstha is a spiritual, volunteer-driven faith dedicated to improving society through individual growth by fostering the Hindu ideals of faith, unity, and selfless service.

What does first trans MP mean for LGBTQ people?