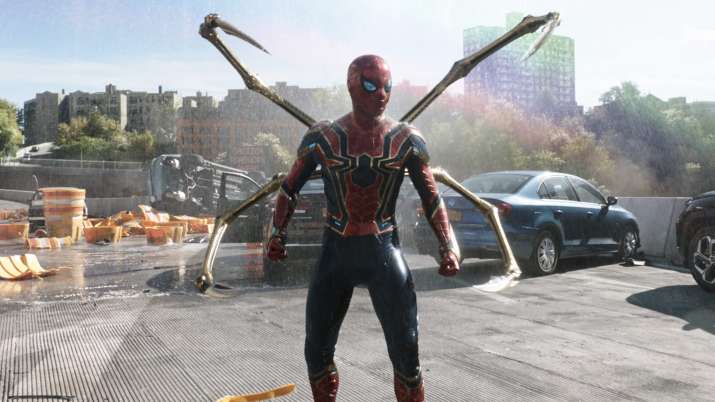 Marvel’s Endgame, which premiered in 2019 is the world’s second highest-grossing movie of all time. Followed by Spider-Man Far From Home, needless to say, Marvel had a fantastic 2019. Things took a turn in 2020, with the pandemic and the world losing all of its paces, we Marvel buffs witnessed no releases in the year. However, Marvel succeeded in keeping the fans’ hopes up high with multiple big releases lined up for 2021. It’s gonna be amazing, we thought – after all – Black Widow, Wanda Vision, Hawkeye – were lined up. All the characters’ stories that broke our hearts after the endgame got their own movies, and their lives after the big fight with Thanos were going to be addressed.

This year, at least for me, and thousands of others who had posted their reviews on Rotten Tomatoes, most Marvel releases were just painful to sit through. Even with big names and well-developed characters that were put a lot of effort into – in terms of writing and screenplay – did badly at the box office.

However, I think the production house’s decision to save best for the last really worked out well for them. Spider-Man No Way Home is a huge hit at the box office, and the audience seriously can’t get enough of it.

Before we dig in deep into analysis, here is a look back on 2021.

2021, if worked out, would have been the biggest year for Marvel. the movies they had lined up were all fan favorites, and people couldn’t already get enough of Elizabeth Olsen and Jeremy Runner, especially after Endgame. However, things went on a downward spiral.

Here are the Marvel movies and TV shows released in 2021, and their Rotten Tomatoes and IMDB scores:

Both Loki and WandaVision were excellent in the beginning. The way WandaVision experimented with decade jumping timelines, with laugh tracks and non-CGI production. The show kept the audience at the edge of their seats at points and made them sympathize with Wanda’s grief and pain and her loving Westview town coming crashing down. However, the ending seemed extremely rushed. it became obvious that the format of the show couldn’t last forever, so the writers paced up the climax almost anti-climactically. it was a great show with a ridiculously bad ending.

Loki, on the same page, disappointed the viewers with a bad ending. for a show that’s named after the god of mischief himself, Loki’s finale seemed to drift off. throughout the ending, we felt disconnected from the character. The same happened to Falcon and the Winter Soldier.

Except for the beginning, the rest of the show was downhill.

Marvel’s decision to give Black Widow her own movie after her death was disappointing as it is, but the movie was even more disappointing. In the face of a farewell, the writers decided to put in minimum effort for the beloved Russian spy by burdening her with the knowledge of her own death. The only good thing about this movie is Yelena, Natasha’s “sister”, played by the extremely talented Florence Pugh. It was a disappointing ride, and Disney will never be forgiven for what they did to Natasha’s one last appearance.

Shang Chi, however, was the most surprising movie this year. The fast-paced writing, the daddy issues, and the amazing villain – it was a great movie overall.

Eternals (sigh) do we need to talk about it?

The only movie with a rotten Rotten Tomatoes score, Eternals had too many characters and too little storyline to fall back on. the premise to bring 10 superheroes was ambitious, but Chloé Zhao’s movie was underwhelmingly packed. with impeccable characters and setting, the movie just fails to do justice.

The beauty that is Spider-Man No Way Home

No Way Home was a full circle, and there wasn’t a second in the movie that was dull or uninteresting. And I’m not just saying this because, spoilers ahead, we get to see all our Spider-Mans together. This movie had all the greatness it requires. Great production, check. Multiple universes blended together almost perfectly, check. The movie also recently broke the Rotten Tomatoes’ record with a 99% audience score.

At the end of 2021, with Marvel’s average movies, Spider-Man was a much-needed break. the movie was full of possibilities, it had all the iconic one-liners that Marvel specializes in. With no lack of flair, the movie also triggered multiple conversations about future possibilities of what our friendly neighborhood superhero can do.

Though heavily banking on the audience, the movie had kind of a feeble storyline to back on. But it did what it does best, twists. Kevin Feige’s supervision on the creative outbursts and Green Goblin’s intensity packed around the life of a teenage superhero is Marvel’s card to fall back into success.

The end credits of No Way Home opened up many sequences – Venom and Doctor Strange now have more stories to tell.

In the end, the conclusion is that Spider-Man has clearly revived MCU’s 2021 with endless prospects, and made fans fall back in love with the splendid candor, which is the hallmark.