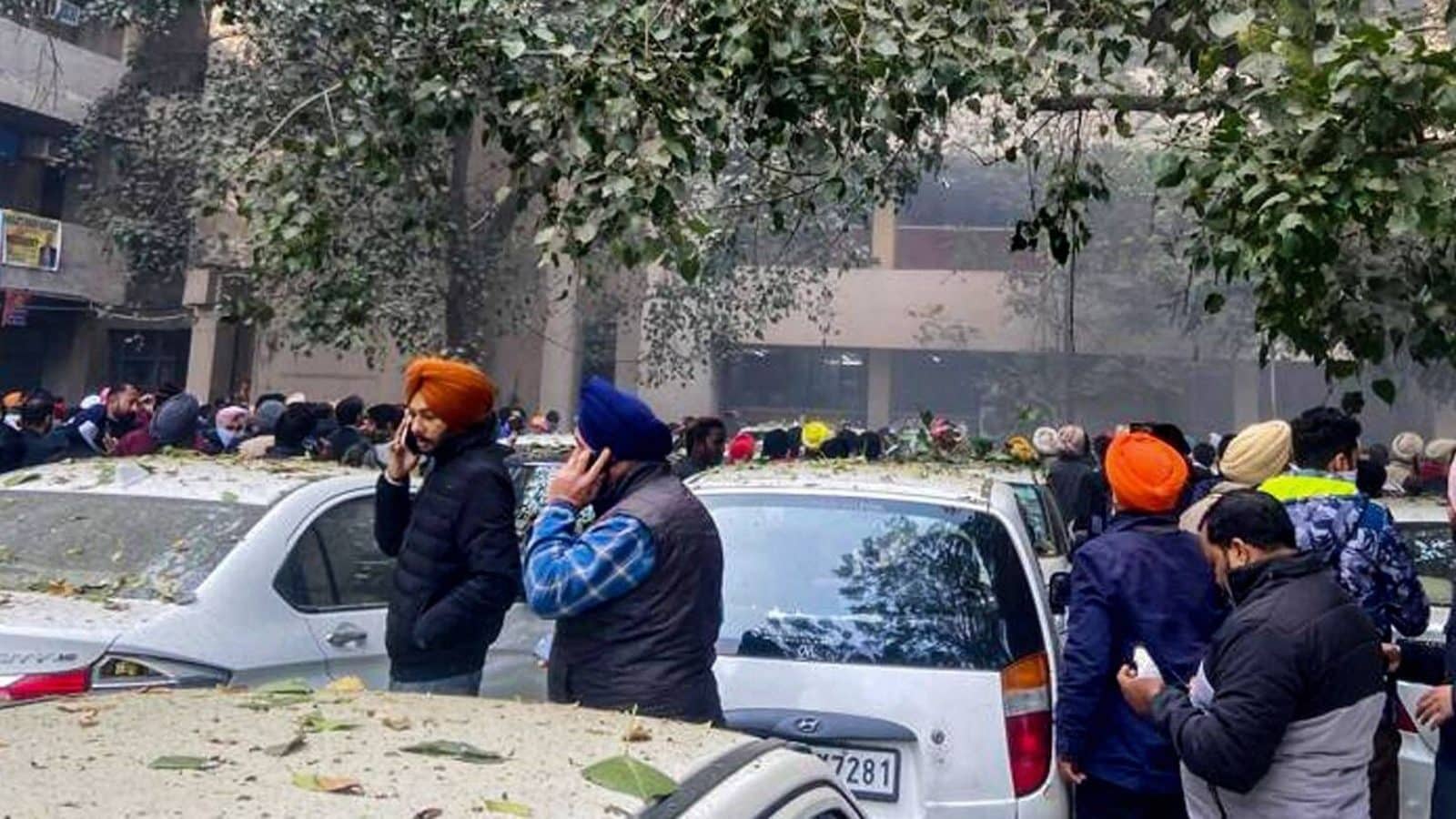 One person has died and five others have been injured in a blast that rocked the Ludhiana court complex in Punjab on Thursday afternoon. The blast reportedly took place around 12:22 pm in the washroom on the third floor when the district court was functioning.

Police have cordoned off the area and fire tenders are on the spot. Chief Minister Charanjit Singh Channi said some anti-national and anti-state forces were trying to commit such disgusting acts ahead of the assembly elections in the state.

Here are the top updates in Ludhiana Court Blast:

• The blast is reported to have taken place around 12:22pm in a bathroom on the second floor of the Ludhiana District Court Complex. The intensity of the blast was such that it damaged the walls of the bathroom and shattered glass panes of nearby rooms.

• CM Charanjit Singh Channi said one person died in the blast while five others were injured. He said that the investigation is going on and all the angles will be probed. He added that he will not let anyone disturb the law and order in the state.

• The Union Home Ministry has sought a report from the Punjab government over the blast inside the court complex.

• CM Charanjit Singh Channi alleged that anti-state forces are trying to disturb peace in the state. “As (assembly) elections are coming near, some anti-national and anti-state forces are trying to commit such disgusting acts and for this the government is alert and the people should also be alert,” he said, adding the culprits will not be spared.

• CM Charanjit Singh Channi and Deputy CM Sukhjinder Singh Randhawa will hold a meeting at 7:30 pm on the security situation.

• A team of the National Investigation Agency (NIA) has been sent to the blast site.

• Ludhiana Police Commissioner Gurpreet Singh Bhullar said the area has been sealed and forensic teams will collect samples from the blast site.

• A high alert has been issued across the state and police have been directed to tighten security at public places. Punjab DGP Siddharth Chattopadhyaya said, “We cannot comment on anything. Only the experts can tell the kind of explosives used, but the district, state and central forensics are on it. Every crowded place is on alert, the public should also be careful.”

Formation of Press Council of Tamil Nadu may not be viable,...