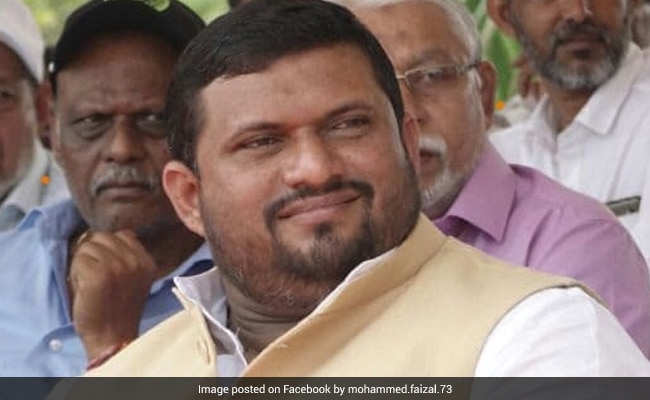 The court in Lakshadweep sentenced four people, including Mr Faizal, to 10 years in jail.

The Lok Sabha Secretariat has issued notification disqualifying Lakshadweep MP Mohammed Faizal, who was recently convicted in an attempt to murder case by a court in the union territory.

As per the notification issued on Friday, Mr Faizal stands disqualified from the membership of the Lok Sabha from January 11, the date of his conviction by a sessions court in Kavaratti.

The decision was taken under the provisions of Article 102 (l) (e) of the Constitution of India, read with Section 8 of the Representation of the People Act, 1951.

“Consequent upon his conviction by the Court of Sessions, Kavaratti, Lakshadweep in Sessions case no. 01/2017, Shri Mohammed Faizal P.P., Member of Lok Sabha representing the Lakshadweep Parliamentary Constituency of the Union Territory of Lakshadweep stands disqualified from the membership of Lok Sabha from the date of his conviction i.e. 11 January, 2023 in terms of the provisions of Article 102(l)(e) of the Constitution of India read with Section 8 of the Representation of the People Act, 1951,” it said.

The court in Lakshadweep had on Wednesday sentenced four people, including Mr Faizal, to 10 years in jail after they were found guilty in an attempt to murder case.

Kavaratti Sessions court also imposed a fine of Rs one lakh each on the convicts for attempting to kill Mohammed Salih, son-in-law of late Congress leader and former Union Minister PM Sayeed, during the 2009 Lok Sabha polls. All the convicts are relatives.