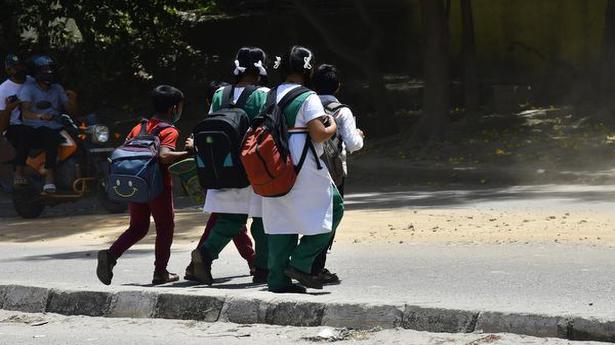 Fridays will no longer be weekly holidays for school students in Muslim dominated Lakshadweep.

The Lakshadweep Education Department has brought out a new calendar declaring Fridays working days and all Sundays holidays for schools in the islands, ending the decades old privilege of the students for having Fridays as holidays in the islands on religious grounds.

Lakshadweep MP Mohammed Faizal said ever since the schools were opened in islands for providing education for students some six decades ago, Friday was holiday and Saturday up to half day was working day.

He said this decision was taken without discussing with any of the bodies of schools, the district panchayat or with the local MP.

“Such a decision is not within the people’s mandate. It is a unilateral decision of the administration”, Mr. Faizal told PTI.

He said whenever a change is brought in the local system, it must be discussed with the people.

In his letter, he said that the ethnic population of Lakshadweep are Muslims and to their faith, Friday is a holiday and offering Juma Namaz on Friday is considered to be an unavoidable religious practice.

He requested the administration to convene a meeting of elected representatives and other stakeholders to discuss the issue.

Amid infighting within Cong., Rajasthan readies for Bharat Jodo Yatra