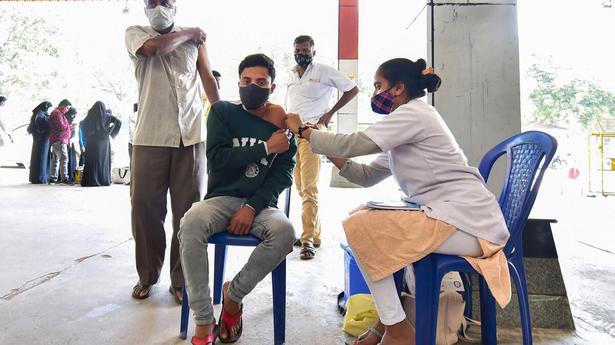 Karnataka on Thursday reported 12 new cases of Omicron, taking the State’s tally to 31. Seven of the new cases are female patients, including two girls aged nine and 11 years old.

Health and Medical Education Minister K. Sudhakar, who tweeted about the new cases, said while 10 are from Bengaluru, one each has been reported from Mangaluru and Mysuru.

All the patients have been isolated and are undergoing treatment. Among the new cases, except five all are fully vaccinated. While two of the new cases have taken booster shots too, three have taken only one dose of COVID-19 vaccine. Vaccination status of two patients is not available.

Meanwhile, Karnataka on Thursday reported 299 new cases of COVID-19, taking the total to 30,03,564. Bengaluru Urban reported 210 cases and one death.

The State’s toll rose to 38,301 on Thursday. This is apart from 29 deaths of patients due to non-COVID-19 reasons.

COVID-19 in Karnataka on December 23