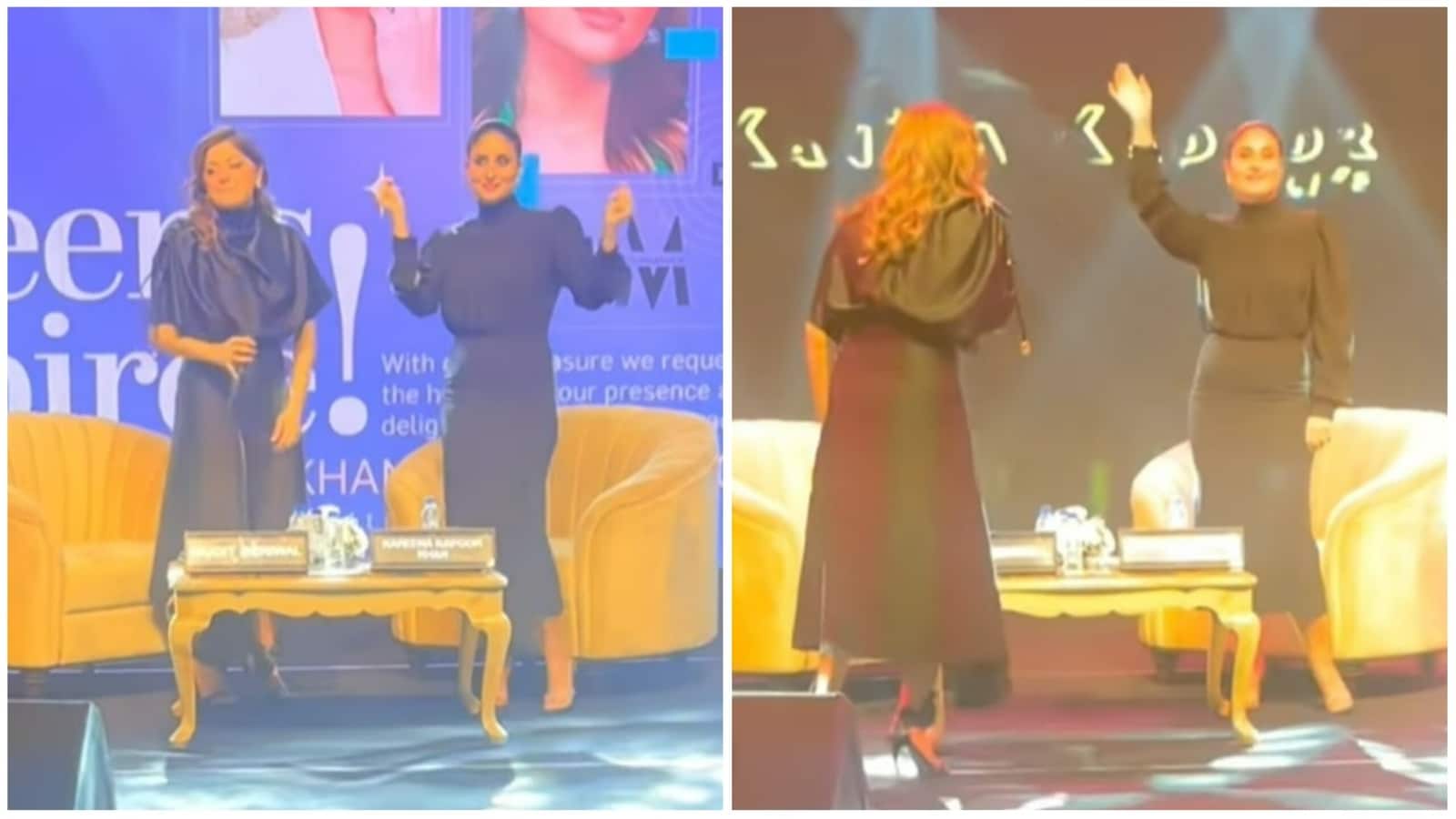 Actor Kareena Kapoor and singer Kanika Kapoor attended the Indian Chamber of Commerce-Young Leaders Forum event in Kolkata on Sunday. A video from the event shows Kareena grooving in her place as Kanika sings the Udta Punjab song Da Da Dasse on stage. Kareena had starred in the film which also had Shahid Kapoor, Alia Bhatt and Diljit Dosanjh among the lead cast. Also read: Kareena Kapoor shares pics as she dresses up in black for Kolkata event, fans say: ‘Queen is bringing sexy back’

Kareena Kapoor was decked up in a black backless dress and had her hair tied in a neat bun as she grooved to the song. Kanika too was in a black dress with a front split. While she sang Da Da Dasse, Kareena grooved to the catchy song.

A viewer commented on the video shared by a paparazzo account on Instagram, “Indeed an iconic song. Listen to it everytime you feel like giving up and then you wont.” Another wrote, “Bebo always leading by example!” One more fan said, “Natural and simplicity beauty.”

During the discussion, Kareena also spoke about the ‘Boycott Bollywood’ trend. She said, “I don’t agree with it at all. If that happens, how will we entertain, how will you have the joy and happiness in your life, which, I think everybody needs. And which cinema and films are promising, which we have always done, which films have always done. Agar films nahi hogi toh entertainment kaisa hoga (how will there be entertainment if there are no films).”

Kareena was last seen in Advait Chandan’s Laal Singh Chaddha. Aamir Khan played the titular role in the film as he stepped into the shoes of Tam Hanks in this original remake of his film Forrest Gump. The film faced the ‘Boycott Bollywood trend’ which is believed to be one of the reasons for its below the par performance at the box office.

Kareena has wrapped up the shoot of her two upcoming projects. She shot for Sujoy Ghosh’s thriller based on the book The Devotion of Suspect X in Kalimpong, West Bengal last year. She then shot for Hansal Mehta’s next untitled film in the UK. It also stars Vijay Varma and Jaideep Ahlawat.