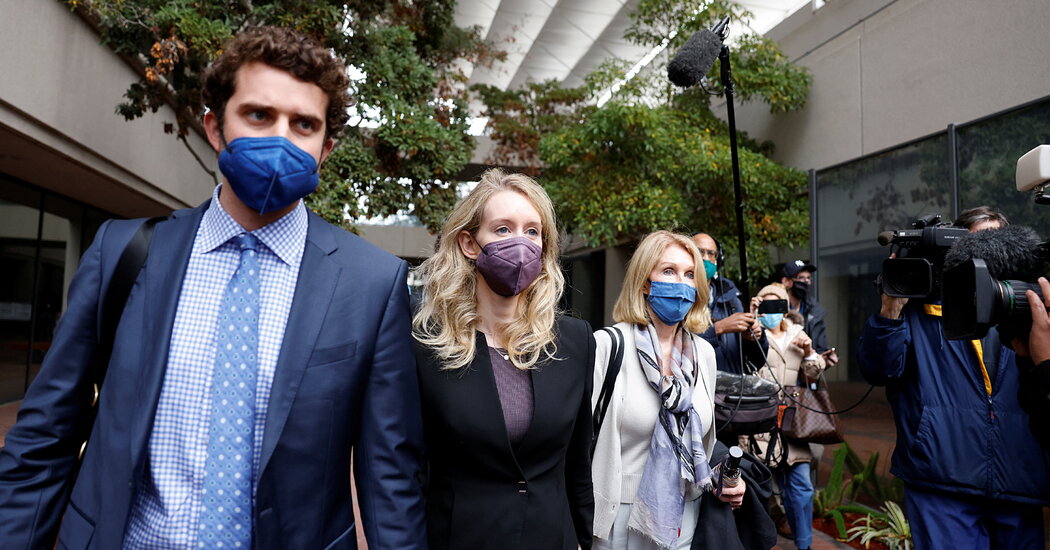 SAN JOSE, Calif. — Jurors ended a sixth day of deliberations without a verdict on Wednesday in the trial of Elizabeth Holmes, the founder of the blood testing start-up Theranos.

Ms. Holmes, 37, faces two counts of conspiracy to commit wire fraud and nine counts of wire fraud on allegations that she deceived investors, patients and advertisers in search of money and fame. If convicted, she faces 20 years in prison for each count of wire fraud.

Deliberations were scheduled to resume on Monday morning in federal court in San Jose, Calif.

The jury of eight men and four women has deliberated for six full days. In that time, they have asked only two questions of the court.

On Dec. 21, they asked if they could take jury instructions home. (The answer was no.)

The jury offered no indication this week of where it is in the deliberation process.

During the nearly four-month trial, the jurors heard from 32 witnesses, including the defendant herself. It all comes down to Ms. Holmes’s intent: Did she mean to defraud investors, patients, advertisers and others in her pursuit of investments and business for Theranos, or was she acting in good faith?

Prosecutors called 29 witnesses — including lab employees, doctors, patients, investors and commercial executives — in their attempt to paint Ms. Holmes as an example of the worst excesses of Silicon Valley’s “fake it until you make it” start-up culture.

Ms. Holmes raised nearly $1 billion from investors and signed contracts with Walgreens and Safeway based on promises of cheaper, easier blood testing. But as The Wall Street Journal revealed in 2015, Theranos’s own devices could perform only 12 tests. The company officially shut down three years later.

Ms. Holmes testified that she had been a well-meaning entrepreneur who believed her own statements and trusted her scientists’ positive feedback about Theranos’s technology. She also accused Ramesh Balwani, her ex-boyfriend and Theranos’s chief operating officer, of abusing her, accusations he has denied.

“He impacted everything about who I was, and I don’t fully understand that,” she said.

Jobs market yet to fully recover in Asia-Pacific post-pandemic:ILO report

Rupee Declines By 3 Paise To Close At 81.71 Per US Dollar

LIC Shares To List On Stock Exchanges On May 17, Roughly...

Mahindra Group unveils The Museum of Living History in Mumbai