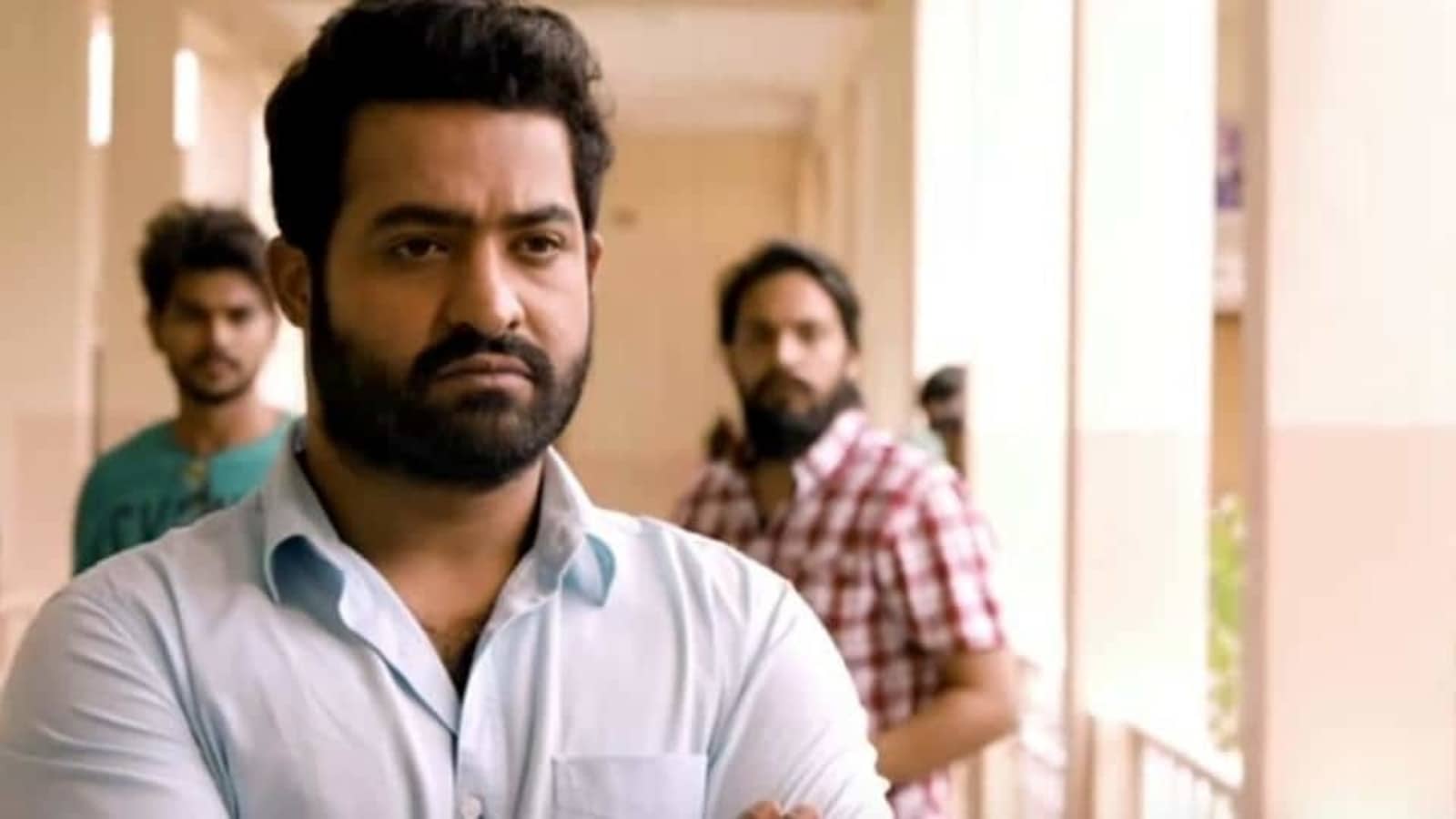 Actor Jr NTR, also known as Tarak, has opened up about the early years of his career when there was a steep fall after he rose to stardom. Calling himself an ‘inexperienced child’ then he said that he was depressed as he was clueless about what he was doing. He said he was confused as an actor and credited his ‘bouncing board’ filmmaker SS Rajamouli for making him introspect.

Jr NTR worked with SS Rajamouli for the first time in his directorial debut Student No 1 (2001). He also featured in the director’s two other movies– Simhadri (2003) and Yamadonga (2007). The duo has paired up for their upcoming project RRR.

In an interview with RJ Siddharth Kannan, Jr NTR recalled the early years of his career saying he was a ‘chhota bachcha (a child then)’ and ‘inexperienced’. He added that he started at the age of 17 and at 18 he featured in Rajamouli’s ‘super-successful’ film Student No 1. Talking about his rise to fame, Tarak said: “But how long are you going to keep going up? There is definitely going to be a steep fall when you’ve risen so fast. There was a steep fall in my life. There were films that weren’t working out, and I was depressed. Not because the films weren’t working out, but I was confused as an actor.”

“I didn’t know what I should do because that’s when the urge of an actor started. I grew older, you always are not 17. I came to the age of 26-27. I didn’t know what I was doing, I wanted to do something. There he is my friend Rajamouli, who’s always been a bouncing board, all my life till date.”

He added Rajamouli made him introspect and asked him what he wanted to do more. He continued, “From there, things picked up and here I’m not satisfied with the success of my films but satisfied as an actor today. I had this opportunity of exploring myself, I’ve left my comfort zone and started exploring new places as an actor. Here I’m finally again having a ball as an actor being a part of RRR.”

Vidyut Jammwal in and as ‘Sher Singh Raana’; action star to...