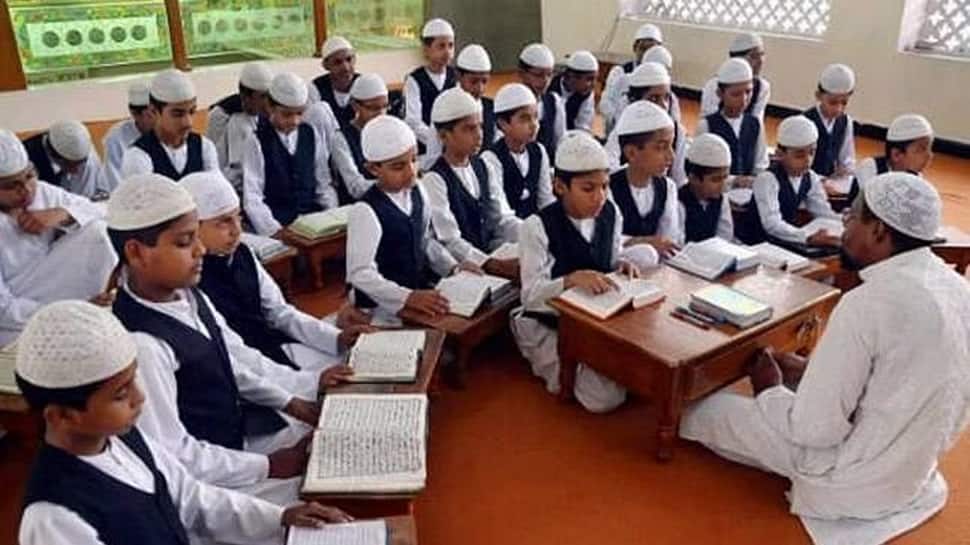 NEW DELHI: The National Commission for Protection of Child Rights on Friday issued notices to all the state chief secretaries to identify madrassas which are being attended by non-muslim students as well. “We have received complaints from various places about non-Muslim students attending madrassas funded or recognized by the government. We have issued notices to all state chief secretaries to identify such madrassas and shift non-Muslim students from these madrassas to the schools,” NCPCR chief Priyank Kanoongo said while talking to ANI.

“The Uttar Pradesh Madrassa Board had made an objectionable and silly statement that it will continue to admit non-Muslim students in madrassas. Hence, we have written to Special Secretary Minorities that giving Islamic education to non-Muslim students is a violation of Article 28(3) and asked them to reply within three days,” he added.

“Child Protection Commission’s letter has come to notice. I want to say that we are providing modern education to children under NCERT syllabus and only religious education is not being imparted in madrasas,” Iftikhar Ahmed Javed said.

Replying to the child rights panel’s letter, demanding an inquiry into Madrasas, and inducting non-Muslim students, Iftikhar said, “Non-Muslims are studying in madrasas and non-Hindu children are studying in Sanskrit schools. Children of every religion are also studying in missionary schools. Even though I myself studied at Banaras Hindu University (BHU), NCPCR should reconsider their letter.”

Earlier in December, the National Commission for Protection of Child Rights (NCPCR) wrote to the chief secretaries of all states and union territories and directed them to conduct a detailed inquiry of all recognized madrasas admitting non-Muslim children.

The NCPCR also recommended the Chief Secretaries admit all non-Muslim students in the said Madrasas to formal schools subsequent to the inquiry besides the mapping of all unmapped madrasas.The letter undersigned by Chairperson-NCPCR Priyank Kanoongo had said based on various complaints received, “…it is noted that children belonging to Non-Muslim community are attending Government funded/ Recognised Madrasas.”

The Commission’s letter said: “However, it is also learnt that those Madrasas which are funded by the Government or recognised by the Government are imparting both religious and to some extent formal education to children….Further, it is also learnt by the Commission that some State/UT Government/s are providing them with scholarships too…This is a clear-cut violation and contravention of Article 28(3) of the Constitution of India which prohibits educational institutions from obligating children to take part in any religious instruction, without the consent of the parent.”

The statutory body constituted under a Commission for Protection of Child Rights (CPCR) Act, 2005, aimed at protecting child rights, said: “Conduct a detailed inquiry of all Government Funded/Recognized Madrasas who are admitting Non- Muslim children in your State/UT. The inquiry should include physical verification of children attending such Madrasas. Subsequent to the inquiry, admit all such children in schools for availing formal education.”

PM Modi Says Attempts Being Made to Create Differences Among People,

PM to Lay Foundation Stone, Inaugurate Projects Worth Over Rs 10,800...