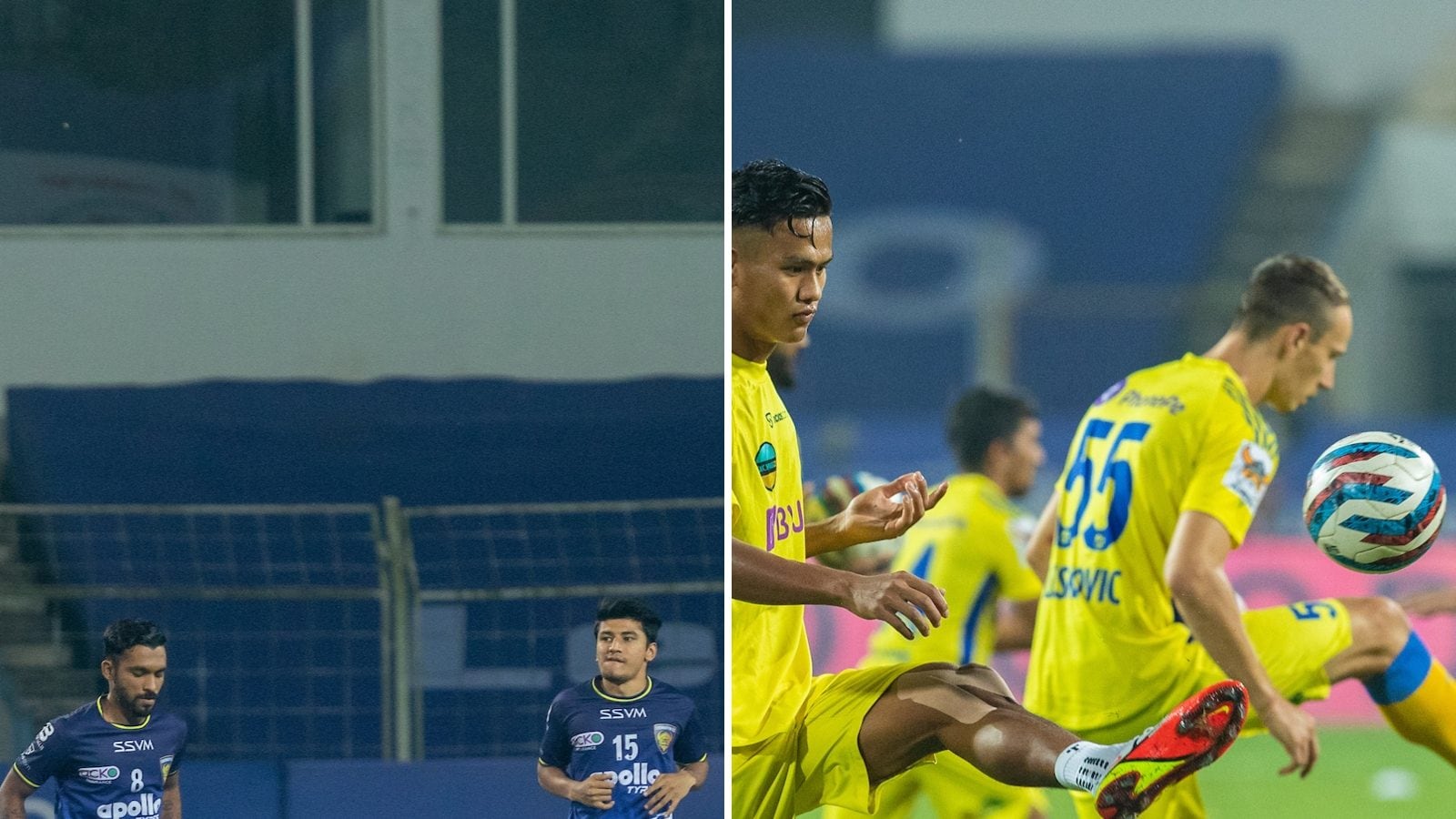 Chennaiyin FC and Kerala Blasters will both look to build on the winning momentum when they lock horns in the 2021-22 Indian Super League at the Tilak Maidan Stadium on Wednesday. Chennaiyin recorded a 2-1 victory over Odisha FC in their last outing and are currently sitting at fourth place in the points table with 11 points from six matches. Kerala Blasters leapfrogged to fifth in the table with a marauding 3-0 win over league leaders Mumbai City FC, in one of their finest performances in recent times. The men in yellow have not lost a game since their opening day 4-2 defeat to ATK Mohun Bagan. Their five-match unbeaten streak is currently the joint highest unbeaten streak by a Hero ISL club, along with Hyderabad FC.

The foreign attackers signed by both Kerala and Chennaiyin were amongst the goals in the teams’ respective wins in their previous games. Mirlan Murzaev scored Chennaiyin’s second goal against Odisha in what was an unstoppable strike from outside the box. This was his first goal for his new club. He had assisted Anirudh Thapa’s winner against NorthEast United in the club’s second game of the season.

Meanwhile, the club’s other foreign forward Lukasz Gikieiwicz had a penalty saved by Kamaljit Singh. He is yet to score for the club but has managed to provide an assist until now.

Kerala Blasters’ two foreign attackers Jorge Diaz and Alvaro Vazquez have been among the goals for their new club. Alvaro Vazquez has scored three goals, the highest among any Kerala Blasters player. Jorge Diaz has scored twice and provided one assist. Both the players have three goal contributions, the joint highest in the Blasters squad along with Adrian Luna (3 assists).

“They are a good team. We will be ready for this game. They won two days ago and played well. We are working with all the players physically, tactically and mentally of course.”

“We faced tomorrow’s opponents in pre-season. As coaches, we know each other for a long time. So looking from that side, there won’t be any surprises. We will try to explore certain things in order to win the game. They will be organized and play the way they want to. We will see a tight game tomorrow. There will be a lot of duels. The best team will win after a hard game,” said Vukomanovic.

On Chennaiyin’s robust defence, he added: “The defence will win you competitions, the attackers will win you games as they say in football. So it’s a good way to approach.”

Chennaiyin and Kerala have faced each other 16 times. Chennaiyin FC have 6 wins, Kerala Blasters have 3 wins and 7 games ended in draws.

From Shocking World to Being World Beater – Charting India’s ODI...