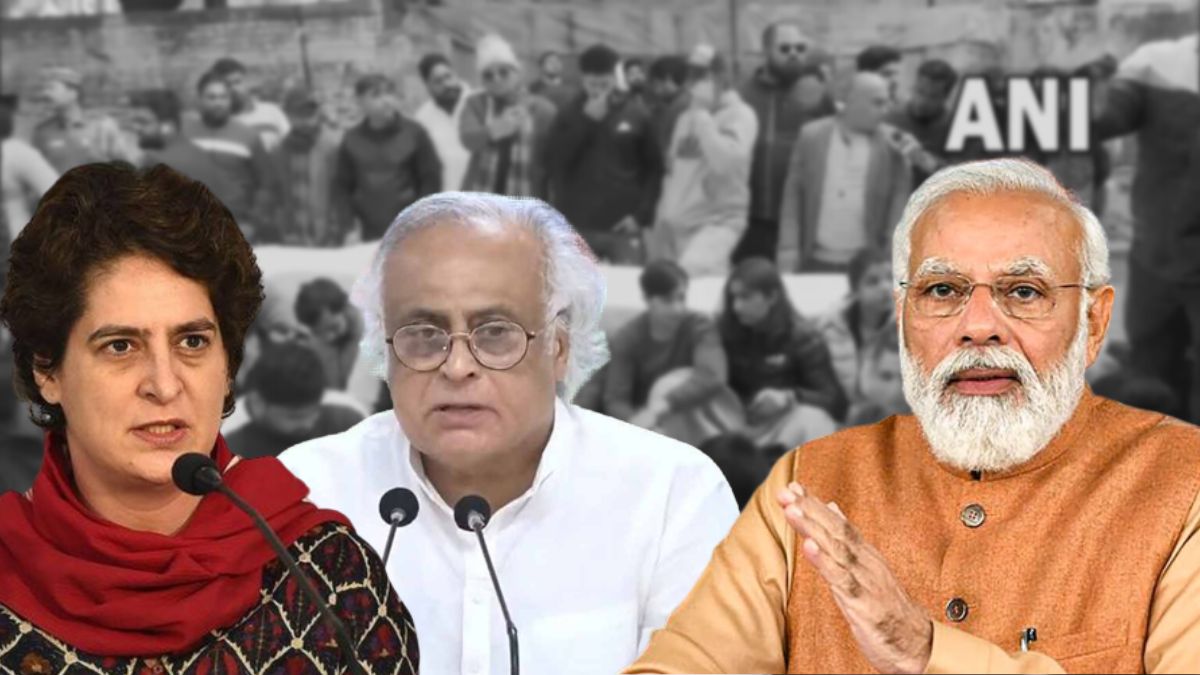 The grand old party asked if this was the “better environment” for sports that has been created by the government. The attack by the Opposition party comes after star wrestler Vinesh Phogat alleged that WFI president Singh has been sexually exploiting women wrestlers for years. However, Singh has outrightly rejected the allegations against him, accusing some industrialists of maligning his image.

Congress general secretary Priyanka Gandhi Vadra said that players have made serious allegations of exploitation against the Wrestling Federation and its president and their voices should be heard. “Our players are the pride of the country. They bring laurels to the country by their performance at the world level,” she wrote on Twitter.

Meanwhile, the Congress party has also demanded the matter to be investigated by the Central Bureau of Investigation (CBI).

‘Is this the better environment…’ Congress asks govt

Phogat also claimed that several coaches at the national camp in Lucknow have also exploited women wrestlers, adding that there are a few women at the camp who approached the wrestlers at the behest of the WFI president.

The 28-year-old, however, clarified that she never faced such exploitation but claimed that “one victim” was present at the ‘dharna’ they began at Jantar Mantar on Wednesday.

66-year-old Singh was elected unopposed President of WFI for a third consecutive term in February 2019. Taking note of the allegations, the sports ministry has sought an explanation from WFI and directed it to furnish a reply within the next 72 hours.

“Like A Slap In The Face”: Google Engineer Laid Off Just After Leave For Mom’s Death

Amazon’s controversial vision for the future of your home security