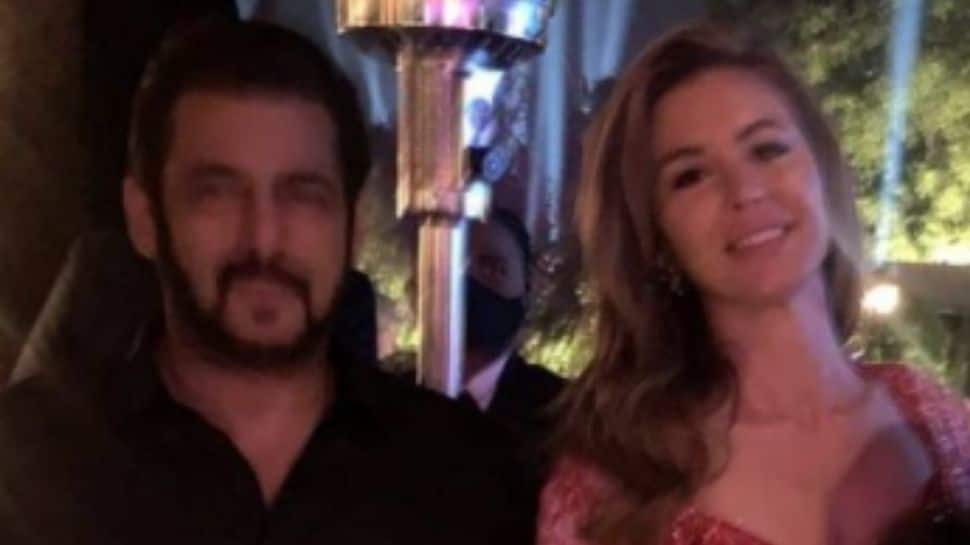 New Delhi: After American actress, Samantha Lockwood attended megastar Salman Khan‘s 56th birthday bash, rumours of them dating have been floating around. Fans suspect the ‘Shoot The Hero’ actress has a romantic connection with our Bhaijaan, but how true are these speculations?

Not very true as Samantha herself recently squashed all dating rumours in a recent interview. The American beauty told an entertainment portal that she met Salman and he’s a nice guy but there is nothing more between them.

She also said that she met Hrithik but nobody suspected anything of that meeting.

Taking about the same, Samantha told Bollywood Hungama, “I think people talk a lot. I think people can say a lot about nothing. I met Salman and he’s a very nice guy, that’s all there is to say about that. So I don’t know where people get that idea from. I mean I met him, I met Hrithik, nobody says anything about me and Hrithik. So I don’t know where this news comes from but obviously, it gets spun out of proportion.”

Samantha said that she wasn’t starstruck by the celebs at Salman’s party as she didn’t know people well from the industry.

She said, “For me, everybody was just another person because I don’t know anybody truly. I just knew Salman, I had met him a couple of times before that so really, to me, he was the only celebrity that I knew. Then I started meeting some of the other people and came to learn that they were actors or actresses or directors or producers and so on and so forth. So for me, it was a party with lovely people and then I came to learn who everybody was by being at the party. It was a lovely experience, everybody was just super nice and had nice conversations, a very elegant evening.”

Lockwood revealed that her favourite Bollywood movie at the moment is Salman Khan’s ‘Sultan’.

See who won at the Latin Grammys