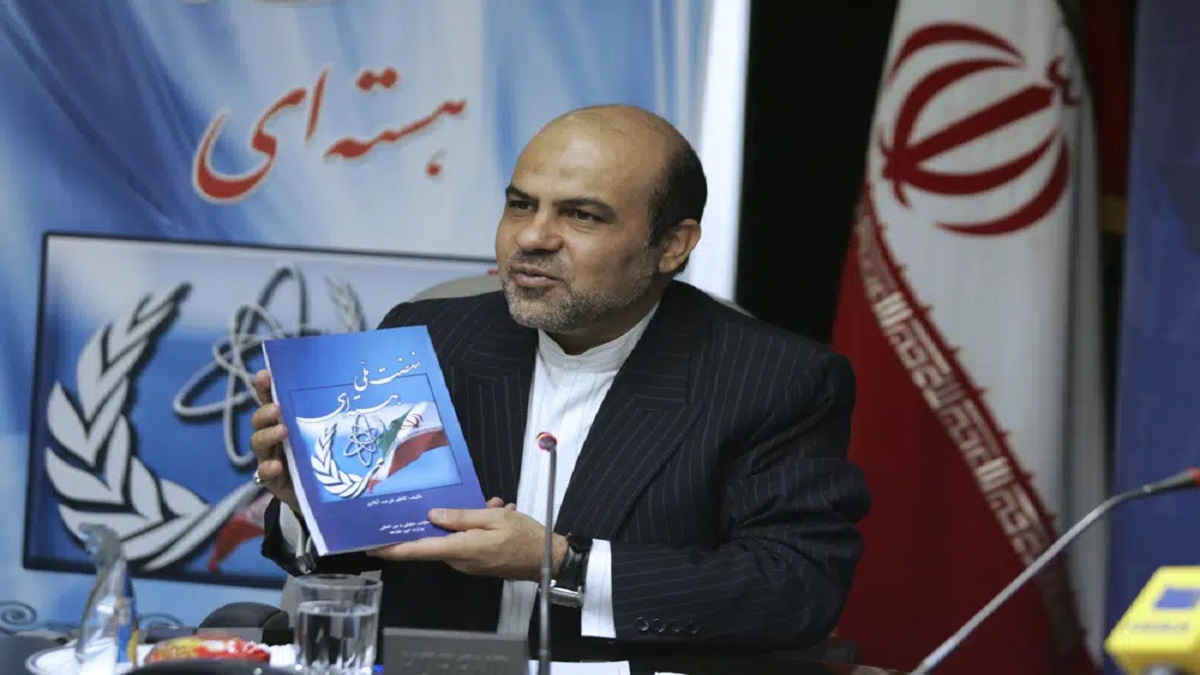 Hanging of Ali Reza Akbari: Iran said on Saturday it had executed a dual Iranian-British national who once held a high-ranking position in the country’s defence ministry despite international warnings to halt his death sentence, further escalating tensions with the West amid the nationwide protests now shaking the Islamic Republic.

The hanging of Ali Reza Akbari, a close ally of top security official Ali Shamkhani, suggests an ongoing power struggle within Iran’s theocracy as it struggles to contain the demonstrations over the September death of Mahsa Amini.

It also harkened back to the mass purges of the military that immediately followed Iran’s 1979 Islamic Revolution. Akbari’s hanging drew immediate anger from London, which along with the US and others has sanctioned Iran over the protests and is supplying Russia with the bomb-carrying drones now targeting Ukraine.

“This was a callous and cowardly act, carried out by a barbaric regime with no respect for the human rights of their own people,” British Prime Minister Rishi Sunak said. Foreign Secretary James Cleverly summoned Iran’s chargé d’affaires in the United Kingdom and separately warned: “This will not stand unchallenged.”

There were rumors he had been executed days earlier

Iran’s Mizan news agency, associated with the country’s judiciary, announced Akbari’s hanging without saying when it happened. However, there were rumors he had been executed days earlier.

Iran has alleged, without providing evidence, that Akbari served as a source for Britain’s Secret Intelligence Service, known popularly as MI6. A lengthy statement issued by Iran’s judiciary claimed Akbari received large sums of money, his British citizenship and other help in London for providing information to the intelligence service.

However, Iran long has accused those who travel abroad or have Western ties of spying, often using them as bargaining chips in negotiations.

Akbari, who ran a private think tank, is believed to have been arrested in 2019, but details of his case only emerged in recent weeks.

Those accused of espionage and other crimes related to national security are usually tried behind closed doors, where rights groups say they do not choose their own lawyers and are not allowed to see the evidence against them.

Iranian state television aired a highly edited video of Akbari discussing the allegations, footage that resembled other claimed confessions that activists have described as coerced confessions.

The BBC Farsi-language service aired an audio message from Akbari on Wednesday, in which he described being tortured.

“By using physiological and psychological methods, they broke my will, drove me to madness and forced me to do whatever they wanted,” Akbari said in the audio.
“By the force of gun and death threats, they made me confess to false and corrupt claims.”
Iran has not commented on the torture claims. However, the United Nations human rights chief has warned Iran against the “weaponisation” of the death penalty as a means to put down the protests.

On Friday, State Department deputy spokesman Vedant Patel also criticized Akbari’s pending execution. “The charges against Ali Reza Akbari and his sentencing to execution were politically motivated. His execution would be unconscionable,” he said. “We are greatly disturbed by the reports that Mr Akbari was drugged, tortured while in custody, interrogated for thousands of hours, and forced to make false confessions.”

He added: “More broadly, Iran’s practices of arbitrary and unjust detentions, forced confessions and politically motivated executions are completely unacceptable and must end.”

Iran is one of the world’s top executioners

Iran is one of the world’s top executioners. However, it wasn’t immediately clear when the last time a former or current high-ranking defence official had been executed. In 1984, Iran executed its navy chief Adm. Baharam Afzali along with nine other military people on the charge of spying for the Soviet Union.

Iran’s government for months has been trying to allege — without offering evidence — that foreign countries have fomented the unrest gripping the Islamic Republic since the death of Amini in September after her detention by the morality police.

Protesters say they are angry over the collapse of the economy, heavy-handed policing and the entrenched power of the country’s Islamic clergy. For several years, Iran has been locked in a shadow war with the United States and Israel, marked by covert attacks on its disputed nuclear program.

The killing of Iran’s top nuclear scientist in 2020, which Iran blamed on Israel, indicated foreign intelligence services had made major inroads. Iran mentioned that scientists in discussing Akbari’s case, though it’s unclear what current information if any, he would have had on him.

Akbari had previously led the implementation of a 1988 cease-fire between Iran and Iraq following their devastating eight-year war, working closely with UN observers.
He served as a deputy defense minister under Shamkhani during reformist President Mohammad Khatami’s administration, likely further making his credentials suspicious to hard-liners within Iran’s theocracy.

Akbari’s audio message aired by the BBC Persian included him saying he was accused of obtaining top-secret information from Shamkhani “in exchange for a bottle of perfume and a shirt.”

However, it appears Shamkhani remains in his role.
The anti-government protests now shaking Iran are one of the biggest challenges to the Islamic Republic since the 1979 revolution.

At least 520 protesters have been killed and 19,400 people have been arrested, according to Human Rights Activists in Iran, a group that has been monitoring the unrest.

Iranian authorities have not provided official figures on deaths or arrests. Iran has executed four people after convicting them of charges linked to the protests in similarly criticized trials, including attacks on security forces.

(With inputs from AP)