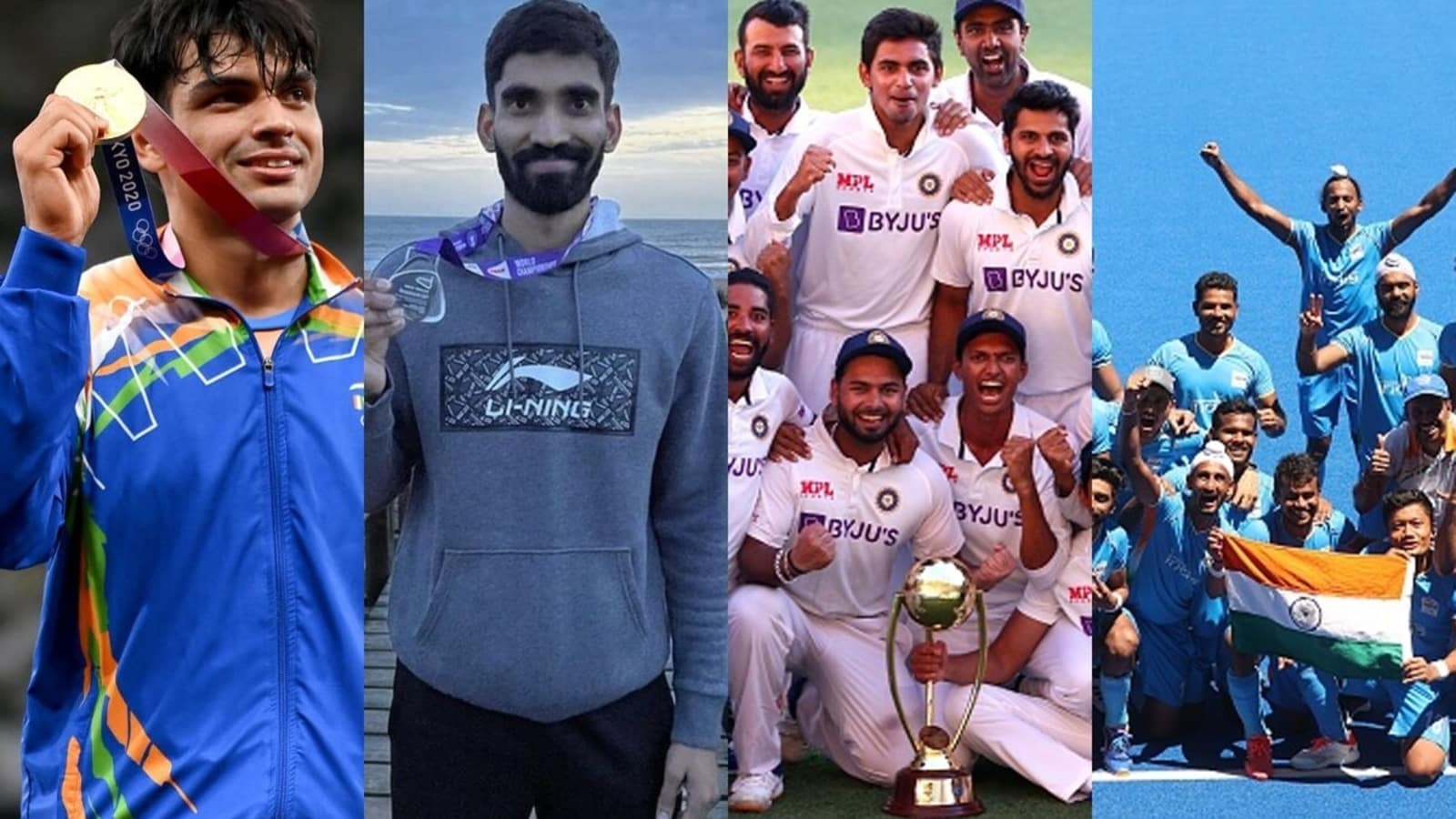 2021 is one of the most successful years Indian sports has ever enjoyed. Sportspersons from the country reached unimaginable highs through the course of another Pandemic-stricken calendar year but nothing, absolutely nothing, deterred their will and motivation to announce to the world that they belong to a country that is above and beyond its love for cricket.

India had their backs against the wall; they were down, and they were bruised and battered but never out. It was this collective strength among all Indian sports personalities that propelled them to glory. Hence, it’s only fitting for us to pay tribute to this massive year by glancing through the biggest achievements in Indian Sports in 2021.

Until January 2021, no cricketing nation had beaten Australia in a Test match at Brisbane’s Gabba stadium for the last 33 years. It remained their impenetrable fortress and the nation of the pitch alongside the advantage of the home crowd and support playing in the Aussies favour. However, the Indian cricket team pulled off the unthinkable as they conquered a fourth-innings target on Day 5 to not only buck the trend but also clinch the Border-Gavaskar Trophy 2-1 for a second successive time.

Star Indian tennis player Ankita Raina claimed her first WTA title by winning the women’s doubles title at the Phillip Island Trophy with her Russian partner Kamilla Rakhimova. Moreover, she broke into the Top-100 WTA doubles rankings, becoming only the second woman after Sania Mirza to do so.

World’s largest cricket stadium, the Narendra Modi Stadium in Ahmedabad hosted its first international match as India played England in the third Test. The stadium, formerly known as the Motera Stadium, has a whopping capacity of 1,32,000.

ANOTHER RECORD ON THE SOIL OF MOTERA- SHORTEST TEST SINCE WWII

Apart from the inauguration of the world’s largest cricket stadium, India set a record on the field by thrashing the English team by 10 wickets. That proved to be the shortest Test match held since World War II.

With a throw of 88.07m, Javelin star Neeraj Chopra set a national record in the third Indian Grand Prix in Patiala. He bettered his own record throw of 88.06m.

India women’s team captain Mithali Raj became only the first Indian and only the second batter, after England’s Charlotte Edwards, to breach the 10,000-run mark in international cricket. A couple of months later, she displaced Edwards from the top.

FIRST FENCER TO QUALIFY FOR TOKYO

India’ CA Bhavani became the first fence from the country to qualify for the Tokyo Olympics. Devi, ranked 45 in the world at the time, a berth in the individual sabre category.

Nethra Kumanan became the first Indian woman ever to qualify for the Olympics in Sailing.

India enjoyed its most prolific Olympics campaign in the Japanese capital of Tokyo. The athletes won a total of 7 medals, better the nation’s previous best of 6. Mirabai Chanu got India off the mark by bagging silver in the women’s 49kg event, bringing home the country’s first silver in weightlifting at the Olympics. Then, PV Sindhu clinched bronze in the women’s singles badminton event, becoming the first Indian woman to bag two Olympic medals. Boxer Lovlina Borgohain clinched bronze in the women’s welterweight category. India then won two wrestling medals; with Ravi Kumar Dahiya bagging silver in the men’s 57kg and Bajrang Punia winning bronze in the men’s wrestling freestyle 65kg division.

More history was created as the Indian men’s hockey team ended a 41-year medal drought by clinching team bronze. And finally, javelin thrower Neeraj Chopra bagged gold to win India’s first-ever gold medal in athletics and become only the Indian, after Abhinav Bindra in 2008, to win an individual gold at the Olympics.

MORE GLORY IN TOKYO- THIS TIME, THE PARALYMPICS

5 gold medals, 8 silver, and 6 bronze. This is how well the Indian contingent performed at the Tokyo Paralympics, winning 19 medals to register their best-ever haul the mega event.

During the India-England Test series, the Virat-Kohli led side beat the hosts by 151 runs to register their third-ever victory at the ‘Home of Cricket’. India levelled the 5-match series at 1-1 after that second Test.

A RECORD 8TH FOR INDIAN FOOTBALL

Sunil Chhetri-led Indian side won a record 8th SAFF Championship title with a victory against Nepal in the final.

At the 2021 BWF World Tour Finals in Bali, Indonesia, shuttler PV Sindhu clinched silver medal after losing to meekly to South Korea’s An Seyoung 16-21 12-21 in the summit clash.

In the recently-concluded BWF World Championships 2021, shuttler Kidambi Srikanth won India’s first silver medal in the men’s singles category as he had become the first male shuttler to make the final. Lakshya Sen, who lost Srikanth in the semifinal, won bronze.

‘It is The Greatest Honour’: Jos Buttler Proud to Succeed Eoin Morgan as England White-ball Captain