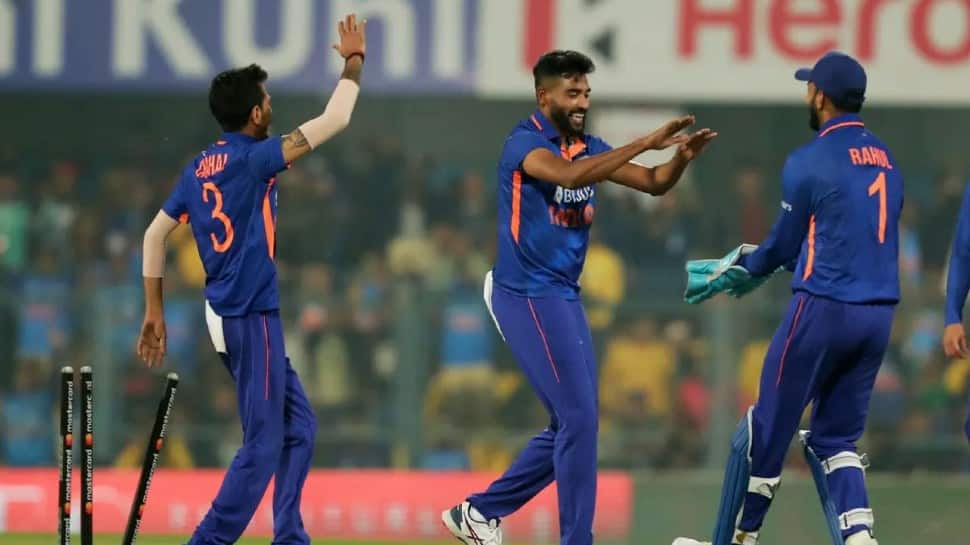 Team India may look to ring in some changes although they won the 1st ODI in Guwahati on Tuesday by 67 runs. Rohit Sharma’s side have a lengthy tail with Axar Patel coming into bat at No. 7 in the lineup with the likes of Yuzvendra Chahal, Mohammed Shami, Mohammed Siraj and Umran Malik following him.

The Indian skipper will be tempted to bring in all-rounder Washington Sundar into the side to strengthen the batting without affecting the bowling efficiency. One option could be to bring Sundar in place of leg-spinner Chahal, who struggled with the wet ball in Guwahati due to the dew.

Eden Gardens could also witness some dew in the evening with the temperature likely to drop to around 15 degrees by evening. The rest of the bowling attack appeared impressive led by Mohammed Siraj, who provided the crucial early breakthroughs.

Rohit Sharma promised before the ODI series that there won’t be a lot of chopping and changing through the series and the Playing XI members will be given a long run. This means that the likes of Ishan Kishan and Suryakumar Yadav will continue to wait on the sidelines.

Sri Lanka, on the other hand, have a major injury concern. Left-arm pace bowler Dilshan Madushanka had dislocated his shoulder and ruled out of the second game in Kolkata. Madushanka made his ODI debut in the first game in Guwahati. Lahiru Kumara may come in as replacement into the playing XI as Dasun Shanaka’s side look to level the ODI series at 1-1.

_ Dilshan Madushanka dislocated his right shoulder while diving in the outfield during the 1st ODI. He was sent for an X-ray and MRI. Upon receiving the said reports, the team management will decide on the future course of action. pic.twitter.com/NXJewCn0vA