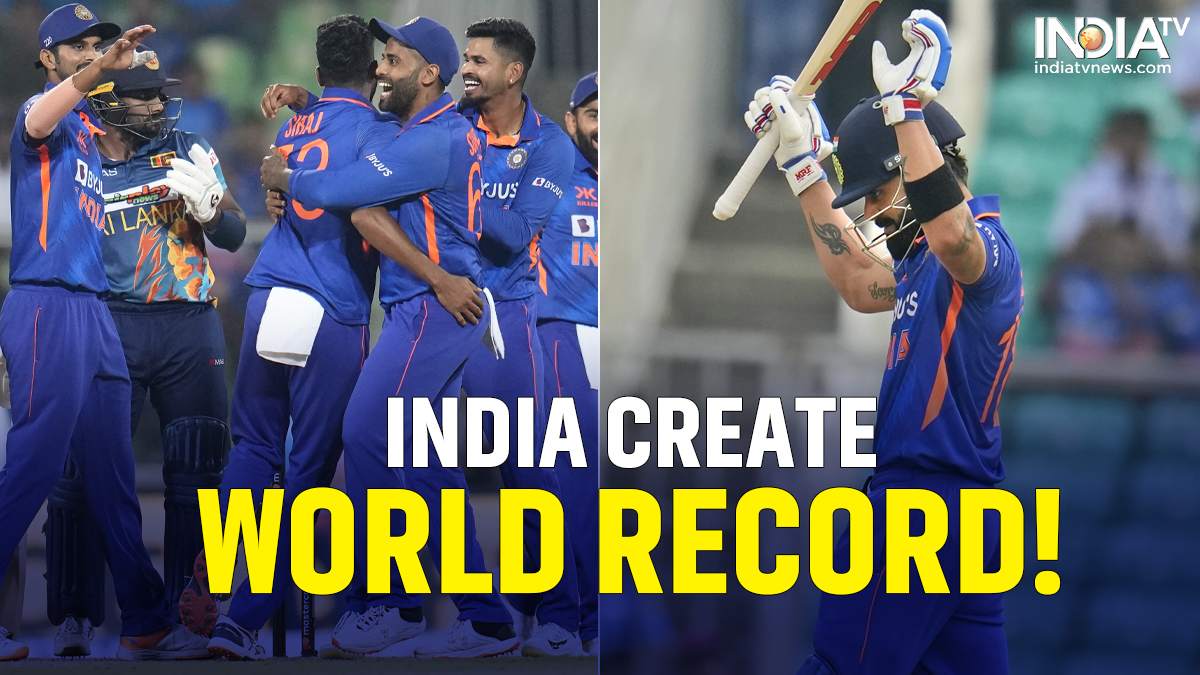 IND vs SL 3rd ODI | The Indian Cricket Team on Sunday registered a World record when they defeated Sri Lanka in the 3rd ODI by 317 runs. Rohit Sharma‘s men displayed a brilliant show in the dead rubber ODI of the match to record the largest win margin (in terms of runs) in ODI cricket. Mohammed Siraj starred in the bowling department, while Virat Kohli and Shubman Gill were the top performers with the bat. With this win, India have clean swept Sri Lanka by 3-0 in the three-match series.

The Indian team outplayed Sri Lanka in both departments at the Greenfield International Stadium, Thiruvananthapuram. Batting first, Virat Kohli and Shubman Gill’s brilliant tons took India to a massive 390-run total. Rohit Sharma missed out on the opportunity to play big innings as he got out for 42. Gill carried his form and smashed a ton after a fifty in the 1st ODI. He hit 116 off 97 balls. Meanwhile, Kohli smashed his 46th ODI ton as he went on to hit 166 off 110 balls.

In reply, Sri Lanka were never in the chase. They were simply outclassed by some brilliant bowling by the Indians. Mohammed Siraj led the bowling attack as he scalped 4 wickets. Sri Lanka were brought 9 down at 73 and the last batter Ashen Bandara could not come out due to injury, which gave India the victory.