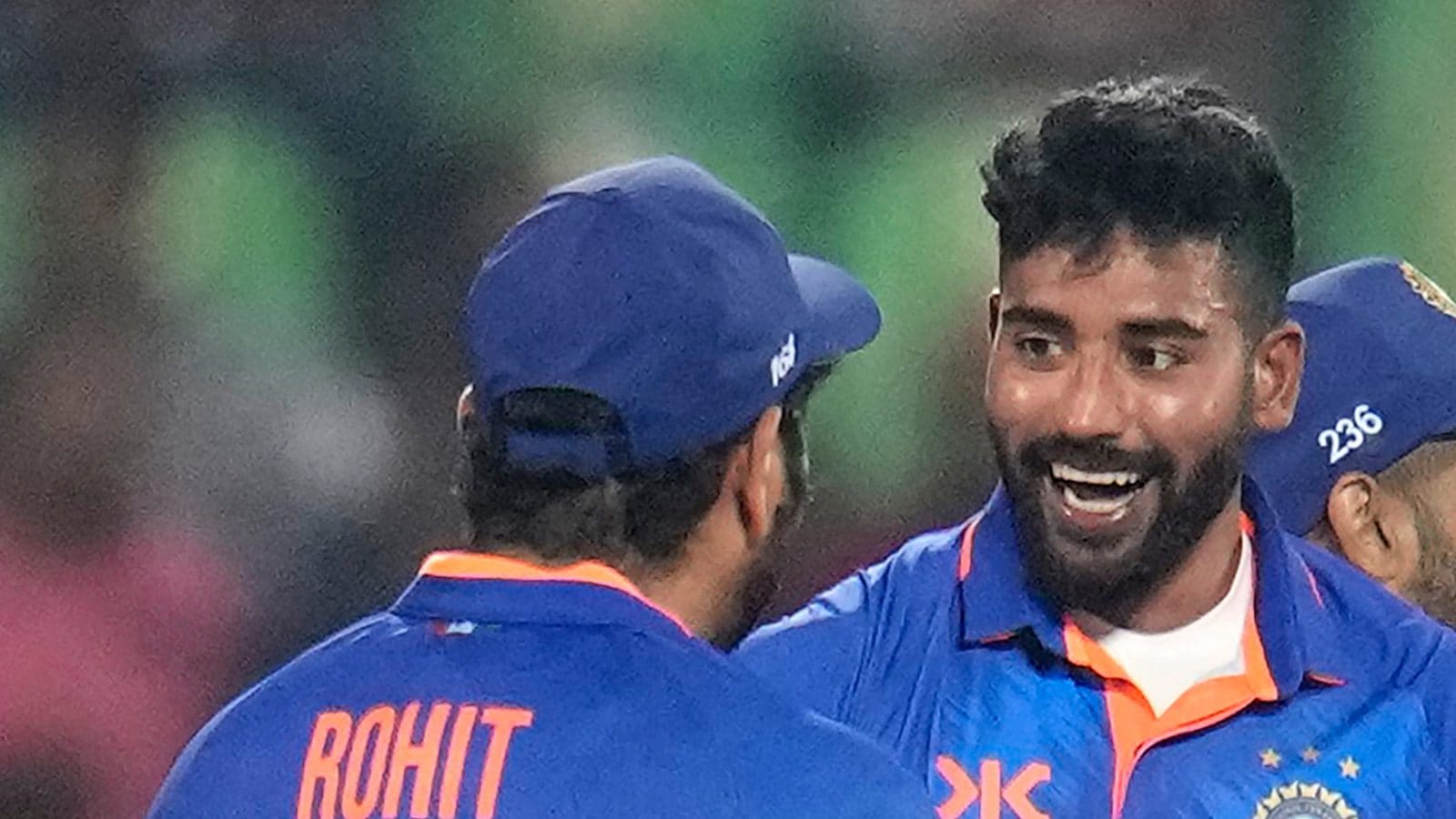 Siraj had earlier said that the wobble seam is the new weapon in his armour, adding that he doesn’t know how much the ball would do if he bowls with the wobbled seam.

Mohammed Siraj did all the talking with the ball as he went on to pick 9 wickets in the recently concluded three-match ODI series against Sri Lanka. In the last game, he registered figures of 32 for four as he helped India bowl out Sri Lanka for a paltry 73. That was not all, he has also picked up wickets in Bangladesh and created a reputation of picking wickets with the new ball on the back of his good white ball form. He also recalled how a bad IPL season helped him get better.

“When the IPL season went bad for me, I started focussing on white-ball cricket. I worked on it and grew in confidence. I stopped worrying about how my performance would go which was not the case earlier. I started focussing only on execution of line and length,” Siraj said in the post-match press conference on Sunday.

Now, he has got all the backing from his captain as he gets ready to play his first international match in his home city of Hyderabad.

“He is a very important player for us. He has improved his line and length a lot in the last two years. Now we are getting to see his outswing. He was not known for his swing but he did that against Sri Lanka. That is very good for the team if he can do that with the new ball consistently,” Rohit Sharma said ahead of the first ODI in Hyderabad.

“He understands his bowling a lot better now which is a big thing in my view. He also knows what the team wants from him. All in all, he has become a very good bowler for us. He can take wickets in all phases and we need bowlers like him. We need to manage him and keep him fresh for the World Cup as well upcoming Tests against Australia.”

Siraj had earlier said that the wobble seam is the new weapon in his armour, adding that he doesn’t know how much the ball would do if he bowls with the wobbled seam.

“With wobbled seam, how much the ball will do neither I know nor the batter. Sometimes it goes straight after pitching other times it can come in sharply. Most of my wickets come through wobbled seam. It is effective for me and I trust it to work for me,” said Siraj after the third ODI.

Siraj is now looking forward to playing at his home ground on January 18 when India take on New Zealand in the first ODI.

“It would be nice to play at the home ground with my family, coaches and friends watching me,” he added.

Circling the Bases as Baseball Nears Its Midpoint

‘You have always been a warrior’: Mahela Jayawardene lauds Virat Kohli...