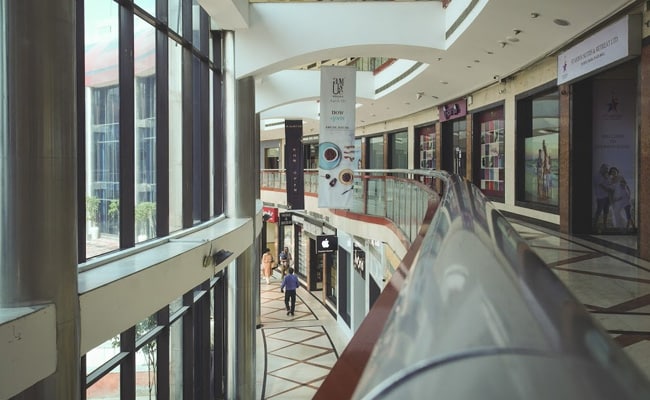 Last year, around 3,000 to 4,000 persons took clothes from the mall. (Representational image)

In ‘Anokha Mall’ in Lucknow, poor people can come and take away warm clothes or other accessories of their choice with no strings attached.

These clothes donated by well-wishers help rickshaw pullers, labourers, slum-dwellers and other deprived sections of society to beat the chill of the winter months, besides removing inhibition of them being as “receivers”.

The mall operates for three months — December, January and February — at Raheem Nagar here, takes woollens from donors and keeps them on display for the poor. This cycle has been repeating for the past five years.

Dr Ahmed Raza Khan, a BUMS practitioner and who operates the mall, told news agency PTI, “Unlike other places and occasions when woollen clothes are distributed to the needy, the recipient is generally hesitant to accept them. However, at Anokha Mall, the person taking the woollen clothes can easily enter as if he or she is entering a shopping mall, see and check the clothes, and then takes them as per his choice.” Dr Khan said a proper record is maintained of the donors as well as those taking the clothes.

“This is done so that no one can tend to take any undue advantage of the mall helping the needy persons. In the past, some people had taken clothes from here and sold them in market,” he said.

Besides clothes, sandals, suitcases, school uniforms, blankets and quilts are also being kept available for the poor at the mall, Khan said.

He said most of the donors are doctors.

We ensure that the clothes and other items are clean and fit to wear, he added.

“Most of the persons who take the clothes are rickshaw pullers, labourers and slum-dwellers,” he said.

On the name of the mall, Khan said, “Anokha means unique. This is a mall, where you can donate your clothes, take them as well. And (most importantly), you are not begging for alms,” Khan said.

The 48-year-old said initially it was difficult to bring the donors on board but once they realised the righteous motive of initiative, they wholeheartedly supported it.

Lauding the concept, Bhaskar Singh, a resident of IIM Road, said, “The ‘Anokha Mall’ reminds me of the famous lines of the poem ‘where the mind is without fear, and the head is held high’ by Gurudev Rabindranath Tagore. This should be appreciated.”

A resident of Vikas Nagar, Nishant, in a Facebook post wrote, “Finally gave clothes to ‘Anokha Mall’. This is certainly a unique mall, as the needy will not have to extend a seeking hand. They can take the clothes or shoes of their choice as per their needs, without being the subject of any camera and without giving any money.” Vijay Sonkar, a resident of Jankipuram Extension, too lauded the effort and said more needy people should be motivated to visit the mall.

“Wide publicity should be given to this,” Mr Sonkar, a teacher in a government school in Sitapur district, said.

A Glimpse Of Decorations At Athiya-KL Rahul’s Wedding Venue

Where did it go wrong for Marsch at Leeds?