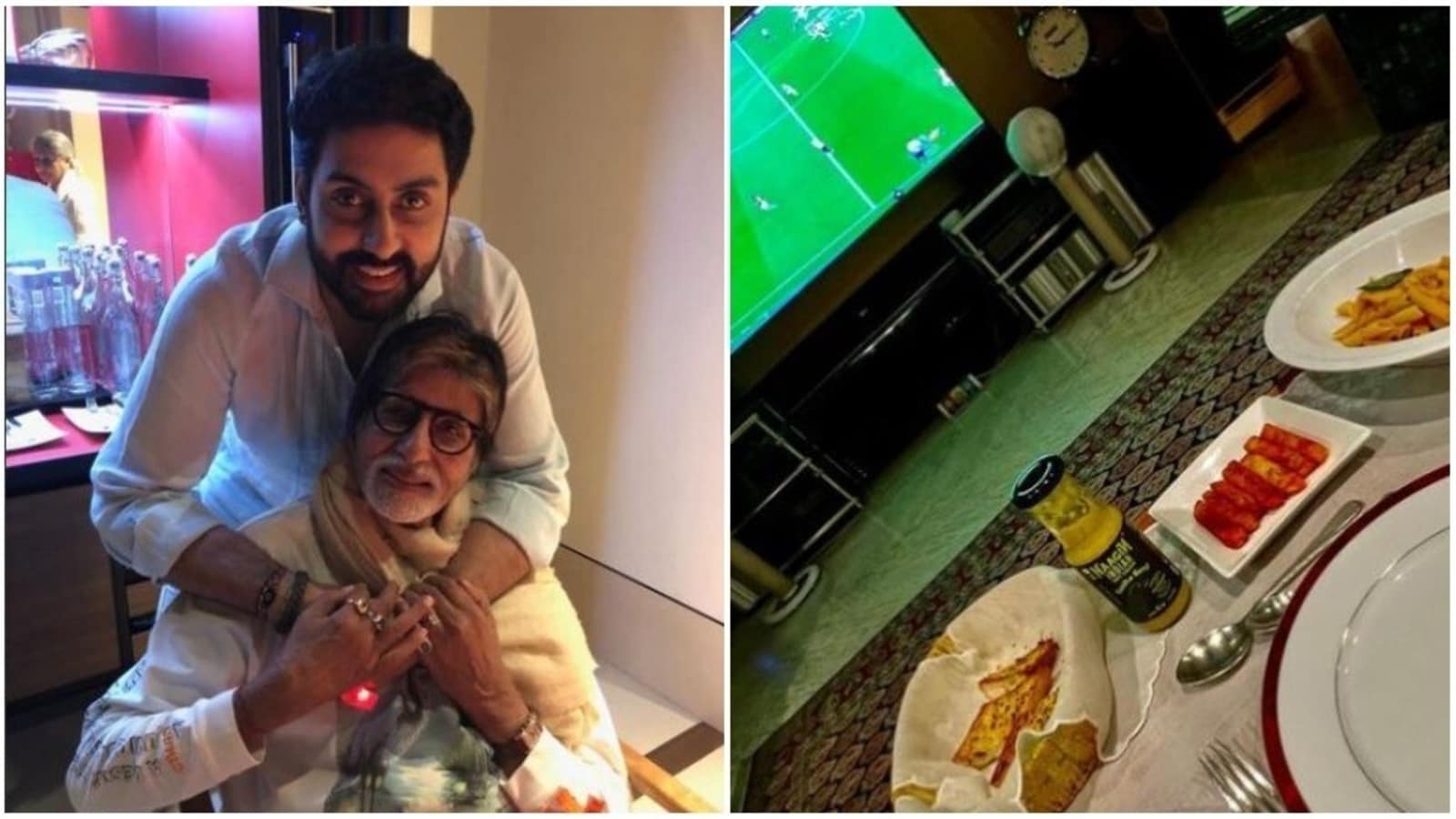 Actor Amitabh Bachchan has given a glimpse of the snack spread he feasted on with spicy sauce while watching a football match. Taking to Instagram, Amitabh shared a photo of a host of spread laid on a table in front of the television.

Reacting to the post, his son, actor Abhishek Bachchan wrote, “Father-son same same.” Amitabh also responded to a few fans. When a user said that she must try the sauce, Amitabh replied, “It’s super and comes in various intensities and products.” After a fan asked him about the product, he commented, “Super sauce.”

Amitabh regularly posts on Instagram sharing about his life with his fans. He also takes a trip down memory lane often and drops throwback pictures. Recently, he shared an old picture wearing his black outfit with lights fitted on it. He had captioned the post, “Performing Yarana song Live on Stage with the Rockets of New York .. Madison Square Garden, NYC and Wembley Stadium, London .. 80,000 audiences.. what a time .. those were the days my friend !!”

Amitabh also gave a glimpse of his shoot for the upcoming film Uunchai. He also complained about not having enough followers. Sharing the photo, he wrote, “A swinging cantilever narrow one-lane bridge, 4 storm fans, lashing rain, smoke, Himalayan clothing, heavy backpack ..and perform ..Whole day for the past 4 days !! Action by Vicky’s Father, Shyam ..and none of the beautiful ladies who get millions of follow numbers .. .. to help me get some follow too .. aaarreghhh.”

Meanwhile, Amitabh has several films in the pipeline including Goodbye with Neena Gupta, Runway 34, Jhund and The Intern remake. He will also feature in Ayan Mukerji’s Brahmastra alongside Ranbir Kapoor, Alia Bhatt, Nagarjuna Akkineni and Mouni Roy. Produced by Fox Star Studios, Dharma Productions, Prime Focus and Starlight Pictures, Brahmastra is set to release worldwide theatrically on September 9 next year.

Vicky Kaushal: Being in love is the most beautiful feeling in the world | Hindi Movie News

‘The Crown’ suspending production as ‘mark of respect’ for Queen Elizabeth