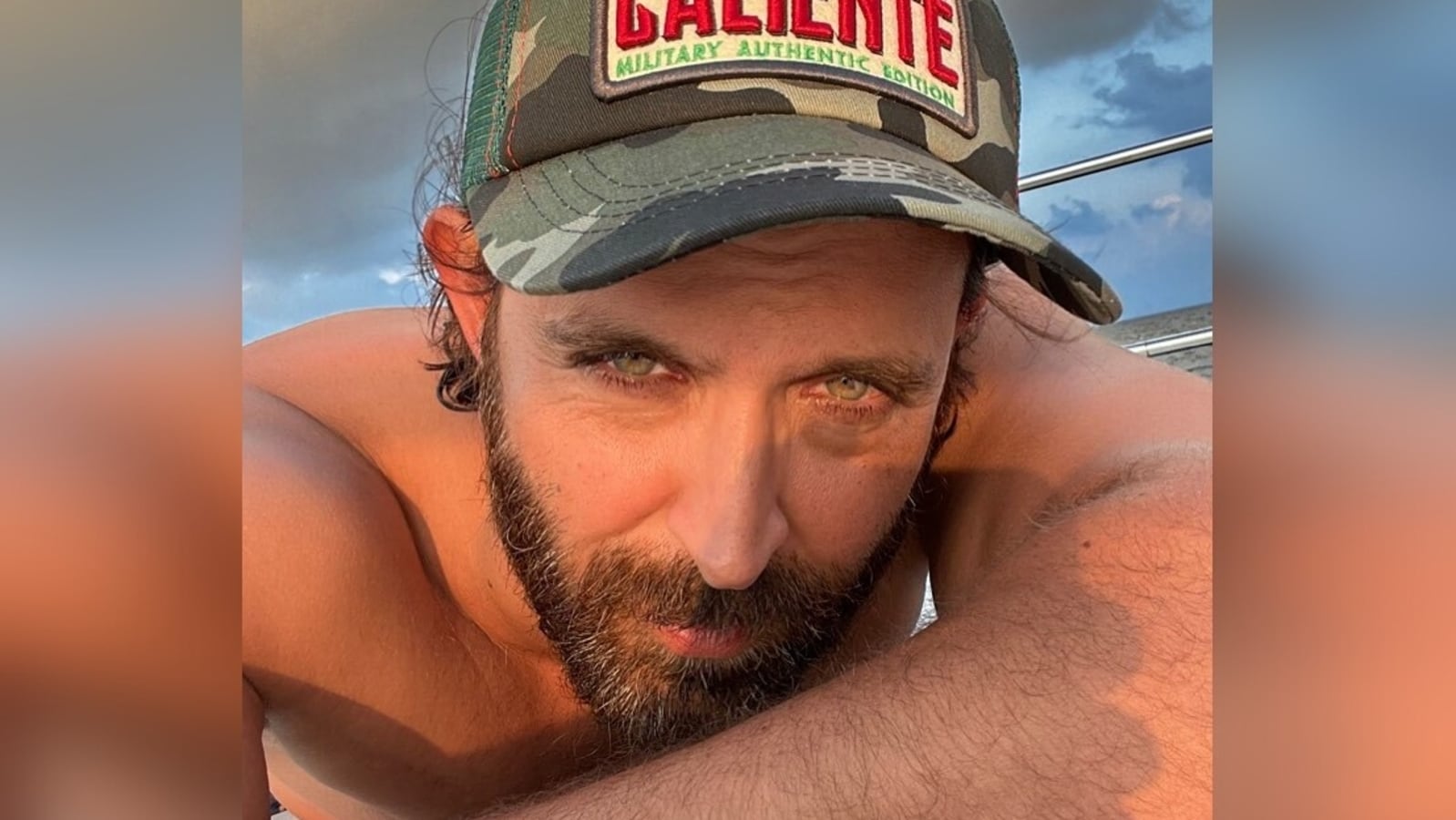 Hrithik Roshan shared a bare-bodied selfie on Instagram. He wore a camouflage print cap and appeared to be lounging on a deck area of sorts, with the sea in the background. For the caption, he just added shorts and beach emojis.

Fans also reacted to the photo. “How can someone be so (fire emojis) all the time, and that too without any filter,” one asked. “Oh my Gooddddd! The Greek God is here,” another wrote. A third fan called him ‘most handsome man in the world’.

Currently, Hrithik is on a family holiday in the Maldives. His mother Pinkie Roshan shared photos of him gazing at the stars with his son Hrehaan, niece Suranika and cousins Pashmina and Eshaan. “With the moon, the son and all my stars,” she captioned her post.

Pinkie also posted a bunch of videos of their Christmas celebrations in the Maldives. The family could be seen having dinner at a beachside restaurant, with a live band playing songs.

Hrithik’s trip to the Maldives comes after he wrapped up the first schedule of the Vikram Vedha remake in Abu Dhabi earlier this month. The film also features Saif Ali Khan and Radhika Apte. It explores how a police inspector’s perceptions of good and evil are changed after a notorious gangster voluntarily surrenders and tells him three stories.

The Vikram Vedha remake, which will also be helmed by Pushkar and Gayathri, who helmed the Tamil original, will open in theatres on September 30, 2022.

Meanwhile, Hrithik will also be seen in Fighter, alongside Deepika Padukone. The film, directed by Siddharth Anand, is touted to be an action entertainer high on patriotism. It is slated for a Republic Day 2023 release.