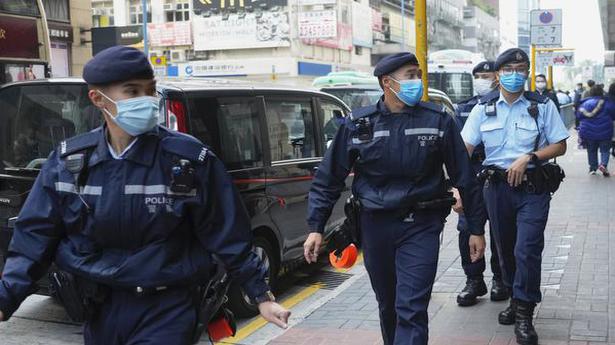 Seven people including former editors were arrested early on December 29 for sedition.

Hong Kong lost its second independent news outlet this year after the Stand News  was on Wednesday forced to shut down after its offices were raided and several current and former senior staff placed under arrest.

Among those arrested were the organisations’s editor-in-chief Lam Shiu-tung, former editor Chung Pui-kuen, as well as Denise Ho, the widely popular singer, actor, and activist who was formerly a board member. Four other staff and former board members were also arrested, while Ronson Chan, an editor at the organisation who is also chairman of the Hong Kong Journalists Association, was taken away for questioning but not arrested.

More than 200 police officers carried out multiple raids on the organisation’s offices and the homes of its staff early on Wednesday, and seized computers and papers.

By Wednesday evening, Stand News  said it had stopped all operations, would close its website, remove all content, and dismiss its staff.

With its shutting, Hong Kong has lost a second independent news outlet in recent months. In June, Apple Daily, an outspoken and popular tabloid, ceased publication after its owner Jimmy Lai was arrested.

While Wednesday’s arrests were made under a colonial-era sedition law, the recent moves targeting Hong Kong’s media have come in the wake of new national security legislation passed by Beijing last year, which has broadened the scope for law enforcement authorities to take action.

Last week, memorials related to the 1989 Tiananmen Square crackdown were removed from four Hong Kong universities, with the law cited as the reason.

An officer with the Hong Kong police force’s national security department on Wednesday accused Stand News of a “conspiracy to print or distribute seditious materials”. The accusations were linked to several opinion pieces that were critical of the government. The official told a press conference that the bank accounts of the organisation were also frozen with US$ 7.82 million in assets seized.

The Hong Kong Journalists Association said in a statement, reported by South China Morning Post, that it was “deeply concerned” by the arrests and police raids. “The association urges the government to protect press freedom in accordance with the Basic Law,” the statement said, referring to the law under which the Hong Kong Special Administrative Region has been administered under the “one country, two systems” model, since its return to China in 1997.

An Ozark County mother, charged with murder, describes how she disposed...