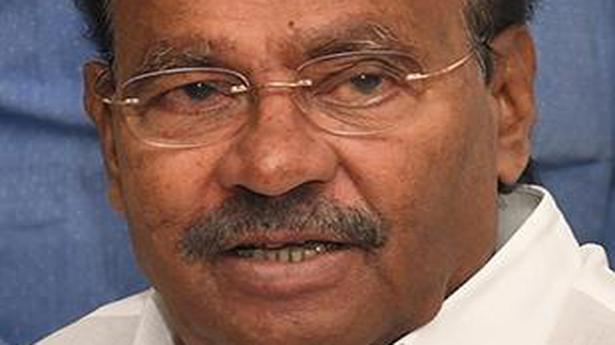 The only way forward was to get the NEET Exemption Bill approved, says PMK founder

PMK founder S. Ramadoss on Saturday urged the State Government to call for an all-party meeting to discuss about the steps to be taken to get approval for the NEET Exemption Bill, before the start of the next academic year.

In a statement, he pointed out there was no hint of progress on the issue. “The students should not be made scapegoats for the NEET exemption issue, and the dreams of students from the poorer sections must not be shattered,” he said.

Tamil Nadu Governor had yet to give his assent for the NEET Exemption Bill passed in the Assembly [or forward it to the President], and there was no clarity about when it would be done, Mr. Ramadoss said.

He added that no more students should lose their lives because of NEET, and that the only way forward was to get the Bill approved.