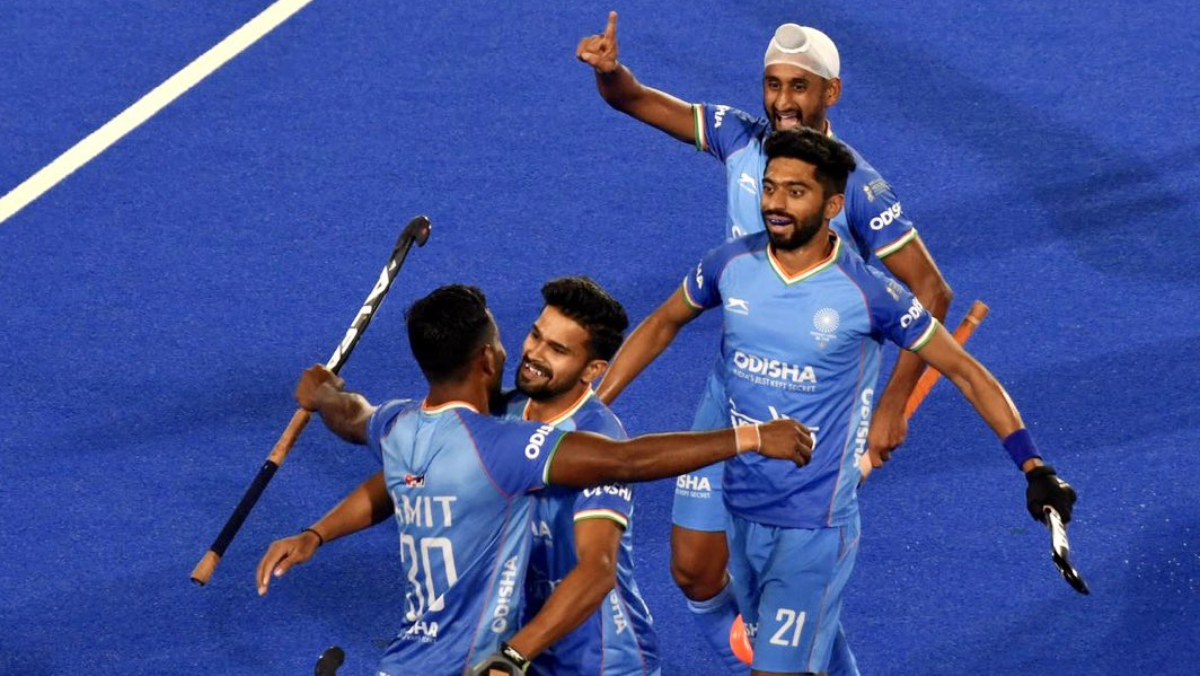 After a dominant win over Spain in the World Cup opener, India will take on mighty England in their 2nd match of the tournament on Sunday. If India won the game 2-0, England too, thrashed Wales 5-0 to win their opening encounter.

Egged on by a packed crowd at the 21,000-capacity Birsa Munda stadium, India showcased superb attacking hockey in the first two quarters and scored through local hero Amit Rohidas from a penalty corner before Hardik Singh doubled the lead with a brilliant solo effort. Skipper Harmanpreet Singh and his deputy Rohidas then produced a defensive masterclass, which impressed head coach Graham Reid.

Harmanpreet and Co. would look to dish out another strong defensive show against England, who scored at least one goal each in all four quarters. “It is good to get the first game. What was pleasing was the defensive effort and we handled the ball very well. There weren’t too many people who did not play well. That is what you need to win a World Cup. We need to continue it in the next game,” Reid said.

“The boys were able to take the ball out of the goal. We also got in front a lot and that was very important. We were first with the ball and that makes a lot of difference in this sort of game.”

Veteran PR Sreejesh and Krishan Bahadur Pathak were also in their element in front of the Indian goal but their English counterpart Oliver Payne was no less as he thwarted some determined efforts from the Welshmen, especially in the final quarter.

The only weakness of the Indians was penalty corners as they could not directly convert any of the five they secured against Spain. Harmanpreet, the best player and top scorer of the team in almost every tournament in recent years, had an off day by his high standards, as he missed a penalty stroke besides failing to find the target from penalty corners.

He admitted his below-par show after the match and will be looking to make amends against England. Not being able to convert penalty corners can cost India dear against a team like England. The Indian players will also have to be cautious about getting into the referee’s book as they had to play the major part of the final quarter without Abhishek, who got a yellow card for a foul.

A win against England is important as that will take India one step closer to the quarterfinals. The hosts will fancy their chances against Wales, the lowest ranked side in the group at 15th, to top the pool, considered a group of death. England are one rung above India at fifth in world rankings and there is not much to differentiate between the two sides in the past year and historically also.

Last year, the two sides played three matches against each other with their last game, played at the Commonwealth Games in Birmingham, ending in a 4-4 draw. They played out a 3-3 draw in the first leg of the FIH Pro League before India won 4-3 in the second, both games played in April.

Nick Bandurak, who was the top scorer in the 2002 CWG with 11 goals, was on target against Wales, as was Phil Roper who was another prolific player in Birmingham. England scored three field goals, the third from Nicholas Park while Liam Ansell struck twice from penalty corners. Historically, India had won 10 matches against seven by England while four games ended in draws.

South Africa vs England Live Streaming: When and Where to Watch first ODI Match Live Coverage on Live TV Online

With Exasperation, College Football Is Just Trying to Get Through the...

Ind vs NZ 1st Test | We were rewarded today for...