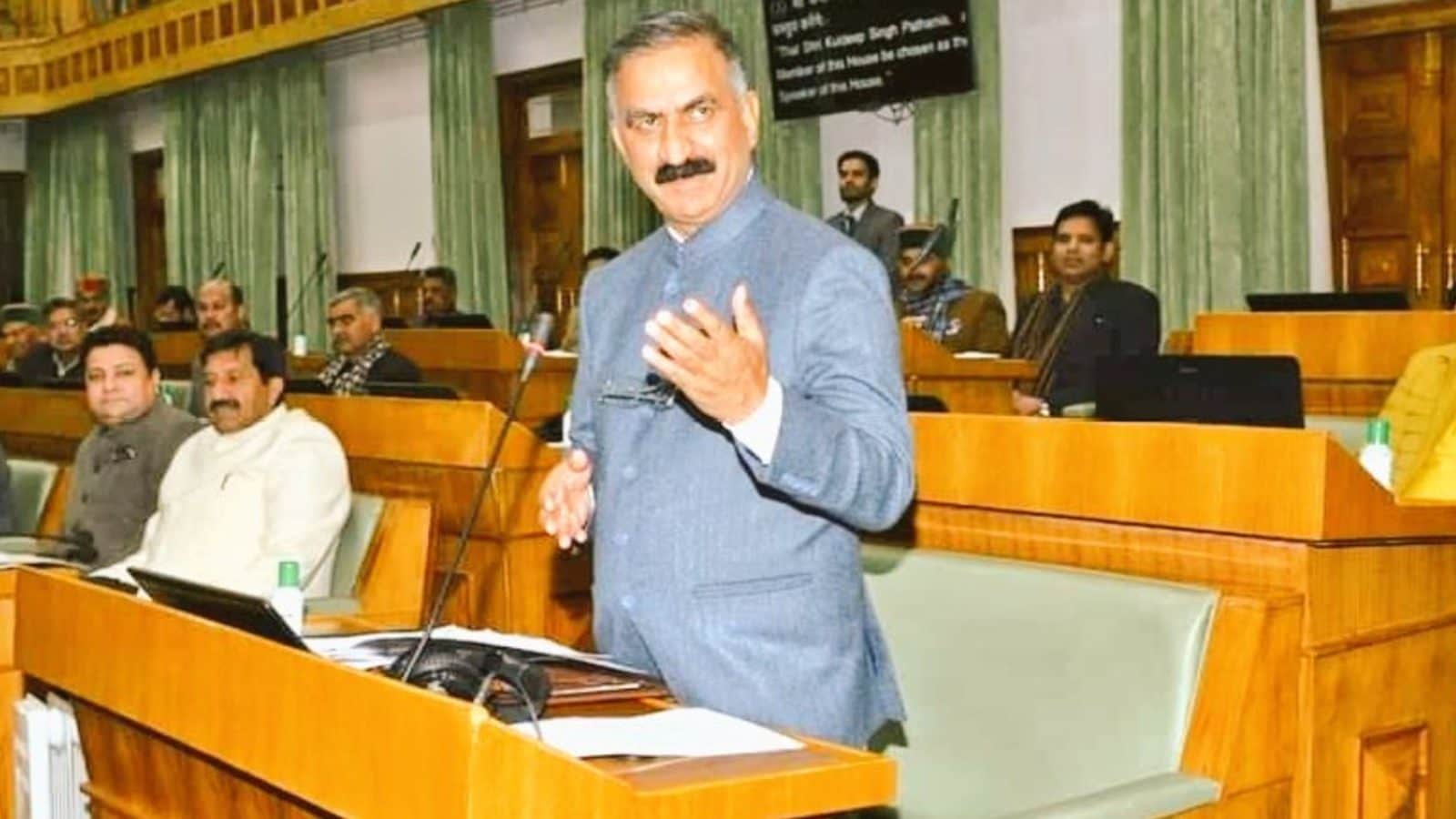 There are over 1.36 lakh employees, including employees and pensioners under the New Pension Scheme (NPS). The Congress party had promised to restore the Old Pension Scheme (OPS) in the first cabinet meeting and it stood by it.

There are over 1.36 lakh employees, including employees and pensioners under the New Pension Scheme (NPS). The Congress party had promised to restore the Old Pension Scheme (OPS) in the first cabinet meeting and it stood by it.

The benefit of old pension scheme would be given from today and notification in this regard would be issued soon, said Sukhu while interacting with the media persons after the cabinet meeting.  He said that we would fulfill our promise to provide Rs 1,500 per month to women and a sub committee with cabinet ministers, including Chander Kumar, Dhani Ram Shandil, Anirudh Singh and Jagat Negi, has been constituted to prepare a road map for disbursement of Rs 1,500 per month in 30 days.  Committee has also been constituted to explore possibility for one lakh jobs.  The liability under the OPS for this year is about Rs 800 to Rs 900 crores which would be borne by the resource mobilisation like increase of Rs 3 on VAT on diesel.  Sukhu reiterated that the state government has not restored OPS for votes but for giving social security and safeguarding self respect of the employees who have scripted the history of development of Himachal.

The matter has been studied in depth and in spite of some reservations by finance officers, the issue has been settled and all the employees under the New Pension Scheme would be covered under OPS, he added.  Sukhu said that the previous BJP government has not given arrears worth Rs 11,000 crores approx, including Rs 4,430 crores to employees, Rs 5,226 crores to pensioners and Rs 1,000 crores dearness allowance of sixth pay commission.  Sukhu also said that the state is under debt of Rs 75,000 crores due to the financial mismanagement and wasteful expenditure by the previous BJP Government.

The government de-notified over 900 institutions opened by the previous BJP Government without budget as a sum of Rs 5,000 crores was required to make them functional. Hard decisions would have to be taken as government cannot run under huge debt, he added.  Employees who joined government service from January 1, 2004 are covered under New Pension Policy (NPS).

The new pension scheme is a contributory scheme in which the government and employees contribute 10 and 14 per cent of the salary respectively towards the pension fund while in the old pension scheme employees with 20 years of service used to get 50 per cent of last drawn salary as pension.

“We had informed the government that the liability for 2022-23 under the NPS is Rs 1,632 crores out of which employees and Government would deposit Rs 680 crores and Rs 952 crores respectively while the liability under the OPS would only be Rs 147 crores,” said Pradeep Thakur, President of New Pension Scheme Employees Federation Himachal.