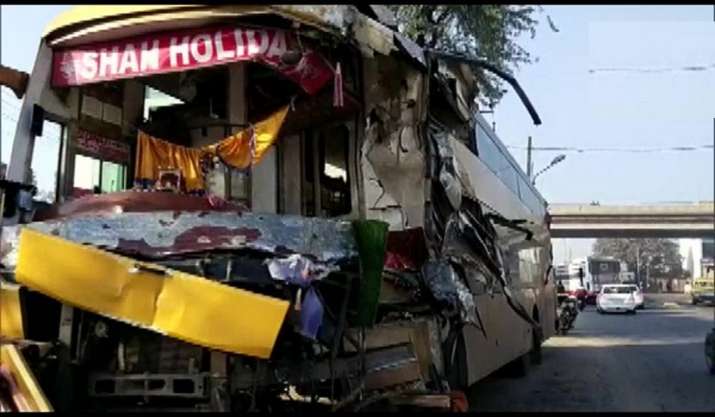 “The bus was going towards Delhi when another bus hit it from behind. Five people including one woman killed and eight others are injured,” said Naresh, Assistant sub-inspector (ASI), Baldev Nagar Police Chowki, Ambala.

A case has been registered against the driver and police are investigating the matter, the police official said. The injured have been admitted to Civil Hospital.

“As per the information, five people killed so far and others are injured. The injured people are shifted to the hospital,” Aseem Goyal, MLA from Haryana said.

Goyal visited the hospital to enquire about the condition of the injured and assure them of further safety.

“Food arrangements have been made for them and we will make sure that they will return their home safely,” the MLA said.

Missing 10-Year-Old Girl Found Dead In Field In UP: Police