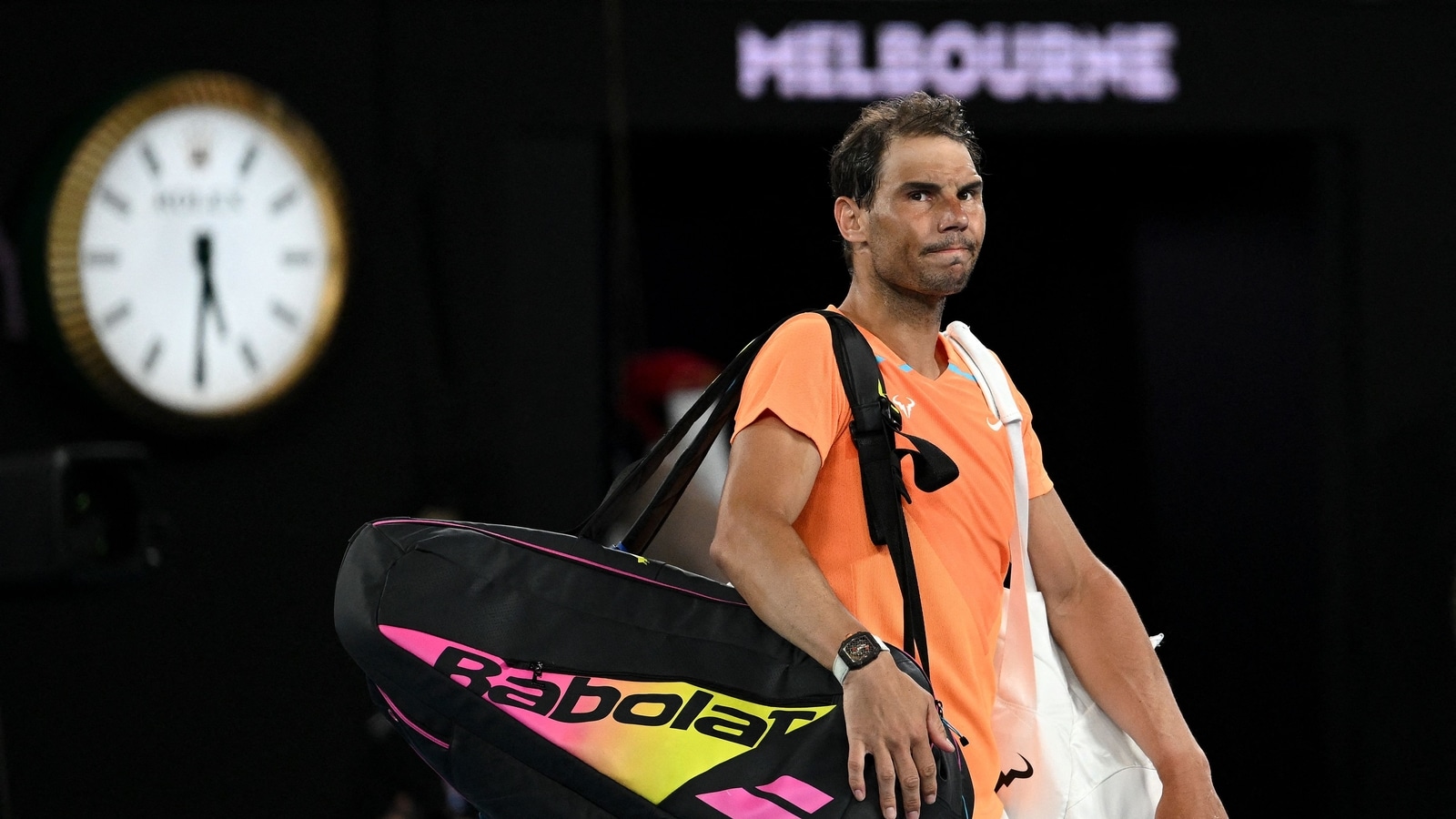 This is hardly the first time Rafael Nadal’s body has betrayed him. That much we know. What no one — not even the 22-time Grand Slam champion himself — can possibly pinpoint accurately is what comes next.

First things first: How seriously did Nadal injure his hip during a 6-4, 6-4, 7-5 loss to 65th-ranked Mackenzie McDonald in the Australian Open’s second round on Wednesday? Was there damage to a muscle, joint or cartilage? What will recovery entail? When might Nadal return to the ATP Tour?

He will get medical tests done to try to figure out some of the answers. What no MRI or X-ray can reveal, what no doctor can determine, is perhaps the most vital question of all: How much more of this sort of thing is he willing to put up with? “I went through this process too many times in my career and I am ready to keep doing (it), I think,” Nadal said after his earliest exit from a major tournament in seven years, “but that’s not easy, without a doubt.”

It is only natural that folks will wonder what this all means for his future, especially with the retirements of Roger Federer and Serena Williams still top of mind.

Nadal turns 37 in 4 1/2 months. The wear and tear produced by his punishing brand of play-each-point-as-if-it-might-be-the-last is undeniable. So, perhaps, is the psychological toll of the work it takes to be able to compete at the level to which he has grown accustomed.

“Sometimes it’s frustrating. Sometimes it’s difficult to accept,” a downcast Nadal said. “Sometimes you feel super tired about all this stuff, in terms of injuries.” Over the past 12 months alone, he has been troubled by damaged rib cartilage … and by chronic pain in his left foot that was dulled via nerve-numbing injections during his title run at the French Open … and by a torn abdominal muscle that forced him to pull out of Wimbledon.

“It’s a tough moment. It’s a tough day,” he said. “I can’t say that I am not destroyed mentally at this moment, because I would be lying.” Nadal explained that his left hip was so bad Wednesday, he couldn’t hit a backhand or run much at all. He considered quitting but played on because he was the reigning champion.

Nadal also was seeded No. 1 at Melbourne Park, because top-ranked Carlos Alcaraz is out with a leg injury. (As an aside: All of the absences, for various reasons, are staggering: Naomi Osaka, Ash Barty, Simona Halep, Venus Williams, Nick Kyrgios.)McDonald, a 27-year-old American who won NCAA singles and doubles titles for UCLA in 2016, claimed only four total games during a loss to Nadal the other time they played, nearly 2 1/2 years ago.

McDonald said his emotions Wednesday after the biggest victory of his career were “a little more flat and stale than I thought they would be.” Why? “Because,” McDonald said, “of the circumstances.” This was not a Nadal at the height of his powers.

He has won two of his last nine matches, dating to a fourth-round loss to Frances Tiafoe at the U.S. Open in September.

“I definitely thought it was an opportunity. … He seems a step slow,” McDonald said. “Look, he’s doing his best. I mean, he’s a great champion. He’s trying to make the most of what he can do. He’s (almost) 37 out here. His body’s not what it used to be, I’m sure. I definitely think now is the best time to be playing him.” With so much unknown right now, Nadal offered a bit of insight when he was asked what motivates him to do what’s required to keep returning from injury.

“It’s a very simple thing: I like what I do. I like playing tennis. I know it’s not forever. … I like to fight for the things that I have been fighting for almost half of my life or even more,” Nadal said. “When you do things that you like to do, at the end of the day, it’s not a sacrifice. You are doing the things that you want to do.”

‘Pathway for Return of Russian, Belarusian Athletes Need to Be Explored’, Says IOC