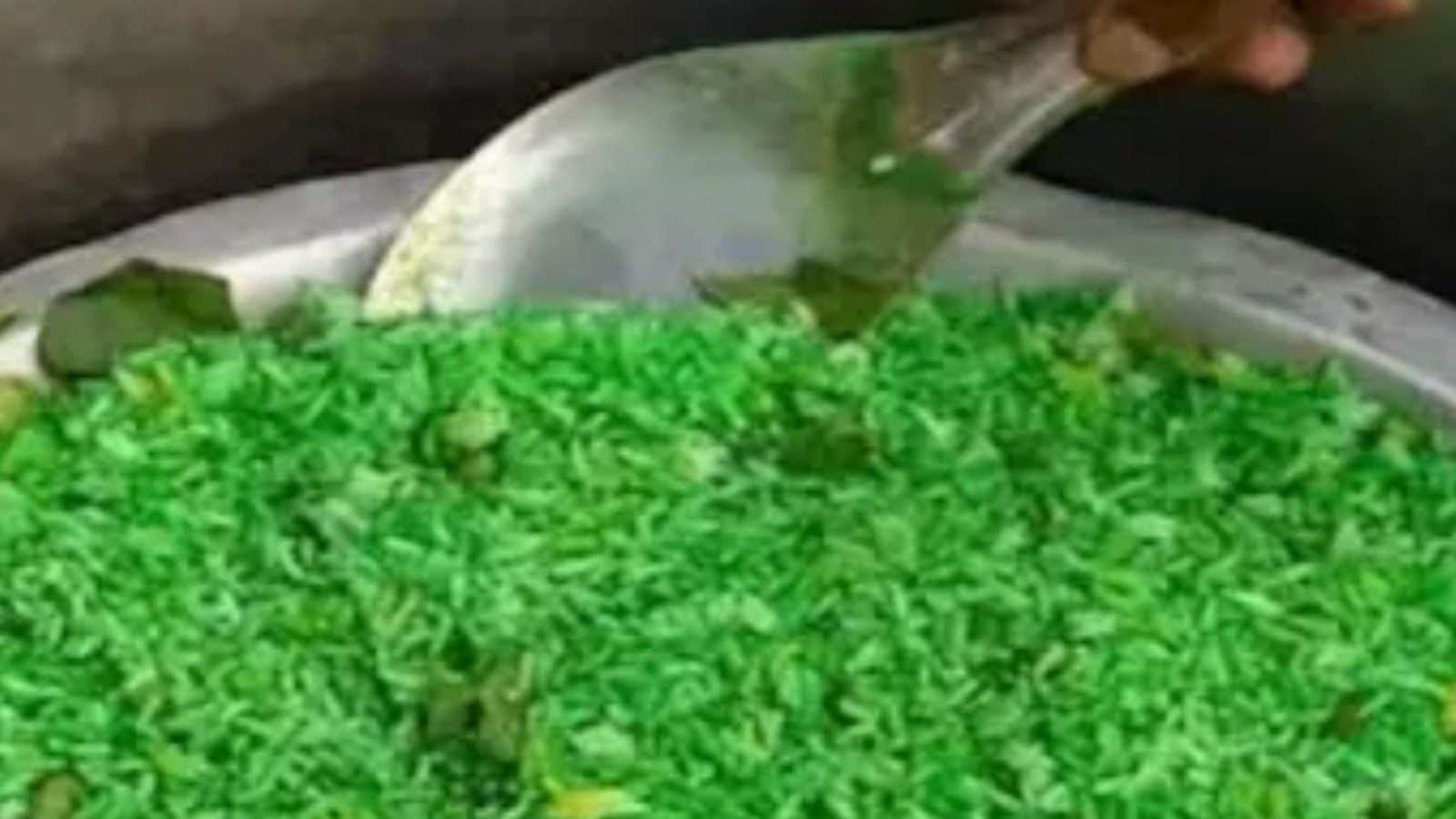 Kolkata was covered with hues of green – from apparels to food packets – as the Trinamool Congress’ continued its poll juggernaut on Tuesday, sweeping the Kolkata Municipal Corporation election with a record number of seats. However, it was “green biryani” that caught everybody’s eyes.

Green (TMC) flags were seen at most of the places, along with green hats and shirts after the party won 134 out of 144 wards in Kolkata. The party shared its victory joy by distributing scrumptious “green biryani” in the city of Joy.

The owner of Priya restaurant at Hatibagan Junction in Shyambazar was occupied the whole of Tuesday, busy serving green biryani. The order came even more as soon as one tray was finished.

Bengalis’ love for food, especially biryani, is no news. So, the KMC elections worked as ‘Vote Utsav’ that was won by TMC with huge margin. The results were clear from the start of the first round of counting on Tuesday morning.

As the day progressed, TMC supporters realised that today is their day of rejoicing. Ghoshal said, “I knew that a lot of supporters would come to buy biryani today. I thought, what if the color is green?” However, this green colour biriyani is not made with any harmful ingredients. It has been made with organic colour.”

While the green mutton Biryani was priced at Rs 200 and the chicken one cost Rs 180 per plate.