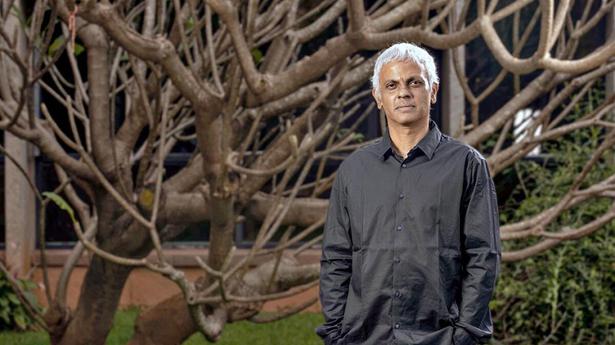 COVID-19 has put the focus on zoonotic disease like nothing else did before. The bigger issue here, Mahesh Sankaran from National Center For Biological Sciences (NCBS), Bengaluru says, is habitat loss, fragmentation and degradation.

Prof. Sankaran was awarded the Infosys Prize 2021 in the Life Sciences category in recognition of his work on the ecology of tropical savanna ecosystems, and his contributions to highlighting the biodiversity of important Indian ecosystems such as the Western Ghats.

The Infosys Science Foundation had said: “Prof. Sankaran’s work and his involvement in international reports on climate change and biodiversity have informed and shaped rational conservation policy. His work on the ecology of tropical savanna ecosystems, such as those found in the Western Ghats, have a profound impact on conservation strategies as well.”

In an interview with The Hindu, expanding on the correlation between the COVID-19 pandemic and climate change, he said processes that increase contact between humans and potential hosts are the problem. “The challenge is to find ways to reduce it. Chances of spillover tend to be high where biodiversity is high – where there are lots of potential hosts, and where human population is high, and where the interface between humans and wildlife is high, i..e areas in the tropics that typically tend to be more biodiverse. When you have habitat loss and increased contact, there is a problem. If degradation continues, chances of more spillover events occurring are higher. We need to think about restoration and reduced deforestation to minimise these chances,” he said.

Scientists have unequivocally concluded that climate change is happening and it is driven by anthropogenic drivers, a lot of it caused by humans.

Manifestations, besides directional increases in temperature, include increased frequency and intensity of extreme events such as heavy rainfall and drought. These have huge impacts on many facets – they can directly affect human life; destruction and warmer temperatures have an impact on humans and quality of life, food production and natural vegetation, he said, adding that they can disrupt supply chains, human quality of life and ecological processes.

“The window of opportunity is closing rapidly. We need to be taking more drastic actions. I understand there are constraints and issues underlying the targets and decisions. But there is no reason that India cannot be the leader in this. We have the skill set and people. All nations should be doing more. It requires transformational change. It is an interdisciplinary problem, which will requires interdisciplinary solutions. I am optimistic and hopeful,” said Prof. Sankaran.

A large body of his work centres around mixed tree-grass systems.

“Tropical savannas are characterised by a grassy understory and discontinuous strata of trees. They are very diverse – from open to wooded systems. Trees and grasses have different photosynthetic pathways and they respond differently to different environmental controls, and so how they coexist is unclear. We are trying to understand what structures these systems. Rainfall is a very critical driver; that we have been able to show,” he said.

“A lot of our initial work was in the African savannas and with collaborators we expanded it globally. Savannas of different continents occupy different climate spaces. By the time these grasses evolved and expanded about eight million years ago, the continents had already split up. So savannas on different continents evolved independently, which is why we find them in different climate spaces. This is relevant if you are thinking of projecting their responses to say future climate changes such as an increase in temperature,” he said.

Currently, most global climate and vegetation models that are used to predict how ecosystems respond to climate change treat savannas as a uniform entity across the globe. “But we have shown that if you parameterise them locally, as opposed to a ‘one-size-fits -all’ approach, then the responses of savannas on different continents is entirely different. The main takeaway is that they can’t be treated as identical. They need to be modelled differently too,” he added.

In India, people normally don’t think about savannas and they have been neglected. “We believe this is for historical reasons. Vegetation classifications came from a very forest perspective. You will rarely find the word savanna. When you classify it as a forest, then it has certain implications for how you perceive and manage it. For example, actively managing to prevent fires which are detrimental for forests, but an integral part of savannas. We are trying to find out what are the implications of the historical misclassification and misidentification of savannas as degraded forests. We have also been trying to map where these savannas are. This is a tricky problem as much of land in India has already been lost or transformed. There are still large tracts remaining. We need to think about these systems differently and thus conserve them differently,” he said, adding that the Deccan plateau has nutrient-rich savanna going up to northwest India, but down south, the peninsular part has nutrient-poor savanna spread over the rainshadow areas of the Western Ghats, and in the Eastern ghats.

Grasslands are victims of neglect. They are not recognised for what they are, and often classified and treated as wastelands and diverted for other uses.

He listed habitat loss and conversion, invasive species and climate change as the biggest threats. Over the last few years, a lot of scientists have been trying to drive home the point that we need to be aware that our climate solutions don’t come at the cost of biodiversity, and we need to be planting the right trees in the right places at the right time, he said, advocating reforestation – planting trees where they were present before, over afforestation – planting trees where they were not present before, such as grasslands and savannas.

“Grasslands and savannas in India have the added problem of being undervalued, and therefore seen as a place to plant trees. This poses a huge threat. We know it threatens their unique biodiversity, reduces grazing potential and quality, and alters hydrological cycles. Although tree planting in grasslands might sequester some carbon above ground, grasslands in fact sequester a lot of carbon below the ground. Globally, soils store about three times more carbon than above ground. Grasslands are an important soil carbon sink. Some studies show that when you plant trees in grasslands, it sometimes can lead to losses of soil carbon. This can lead to a net loss of ecosystem carbon,” he explained.

He feels ‘wonderful that the award was given to ecological sciences, which still remains a niche science in India’, and hopes that a lot more people should be working in ecology, climate science and sustainability.