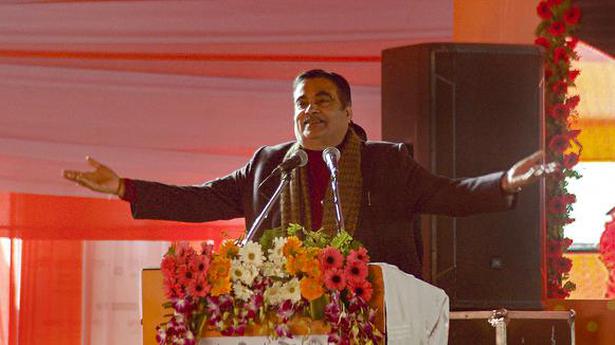 Flex-fuel, or flexible fuel, is an alternative fuel made of a combination of gasoline and methanol or ethanol.

Union Minister Nitin Gadkari on Thursday said the government has issued an advisory to carmakers to introduce flexible-fuel engines in vehicles.

Addressing an event, Mr. Gadkari also said the government is working to encourage the use of green and alternative fuels.

Flex-fuel, or flexible fuel, is an alternative fuel made of a combination of gasoline and methanol or ethanol.

The road transport and highways minister said companies like TVS Motors and Bajaj Auto have already started producing flex-fuel engines for their two- and three-wheelers.

“Soon, four-wheeler vehicles will run on 100 per cent ethanol. So, we won’t need petrol… And, the use of green fuel will save our money,” Mr. Gadkari said.