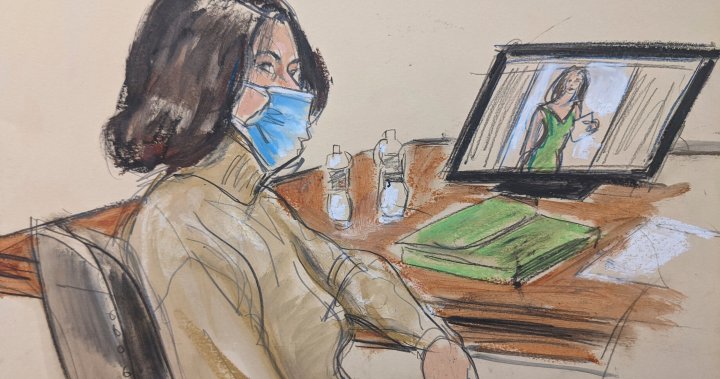 The jury in Ghislaine Maxwell‘s sex abuse trial is expected to resume deliberations on Tuesday, after three weeks of testimony from women who said the British socialite set them up for sexual encounters with Jeffrey Epstein when they were teenagers.

Maxwell, 59, is accused of recruiting and grooming four girls for the late financier between 1994 and 2004. She has pleaded not guilty to six counts of sex trafficking and other crimes.

In her closing argument on Monday, defence attorney Laura Menninger called Maxwell an “innocent woman” and sought to distance her from Epstein, who killed himself in a Manhattan jail cell in 2019 while awaiting trial on sex abuse charges.

Menninger argued that prosecutors were scapegoating Maxwell, a former girlfriend and employee of Epstein, for his alleged behaviour.

“We are not here to defend Jeffrey Epstein,” Menninger said. “The government in this case has now pivoted because Epstein’s not here.”

The defence has also argued that the four accusers’ accounts are not credible because their memories have faded over time and because they are motivated by money to cooperate with prosecutors. All four women received million-dollar payouts from a victims’ compensation fund run by Epstein’s estate.

In a rebuttal to the defence’s closing argument, Assistant U.S. Attorney Maurene Comey urged the jury to “see (Maxwell) for the predator that she is.”

“The suggestion that she didn’t know borders on the absurd,” Comey said. “The defendant didn’t count on those teenage girls growing up into the women who testified at this trial.”

Earlier on Monday, prosecutor Alison Moe said in her closing argument that Maxwell, the daughter of the late British media baron Robert Maxwell, saw supplying Epstein with girls to abuse as a way to maintain her opulent lifestyle, pointing to bank records that showed he transferred her $30 million over the years.

Maxwell faces up to 70 years in prison if convicted on the six counts that were heard in the trial. She also faces two perjury charges that will be tried separately.

Lack of ethnic diversity among egg and sperm donors

‘Suspect’ Pinned Down, Thrashed & Repeatedly Kicked by US Cops, 3...