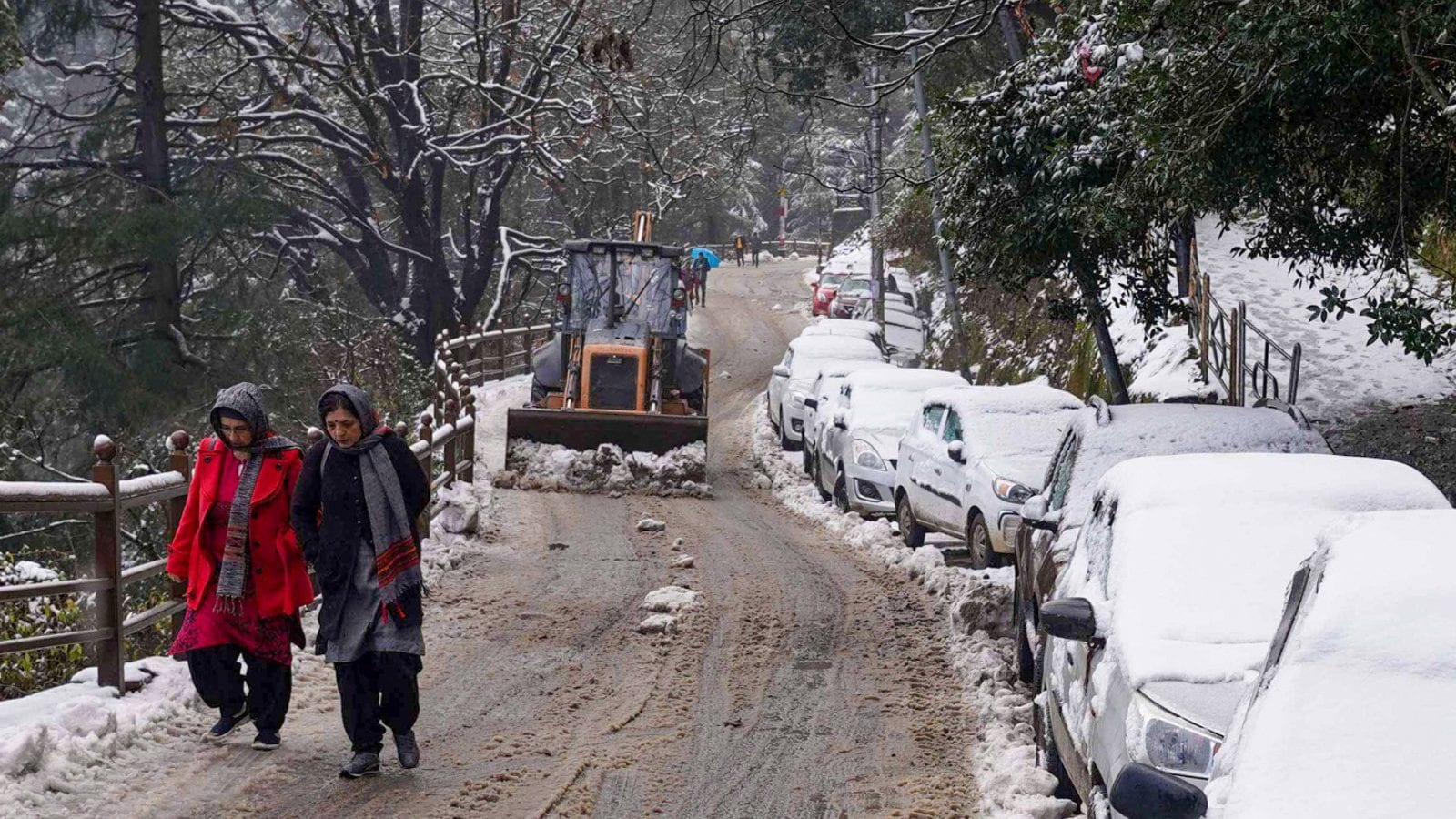 An earthmover is used to clear snow from the road near IGMC hospital following heavy snowfall, in Shimla (PTI Photo)

Jalori Jot and Rohtang Pass in Kullu received 60 and 45 cm of snow respectively while the south portal of the Atal Tunnel and Chansel each witnessed 30 cm of snowfall.

The higher reaches of Himachal Pradesh witnessed light to moderate snowfall on Friday while intermittent rains occurred across the state under the influence of western disturbances, leading to the closure of 278 roads.

Jalori Jot and Rohtang Pass in Kullu received 60 and 45 cm of snow respectively while the south portal of the Atal Tunnel and Chansel each witnessed 30 cm of snowfall.

Chaurdhar and Dodrakwar recorded 25 cm of snow, Khadrala 16 cm and Jakho peak in Shimla and adjoining areas of Kufri received three to 10 cm of snow. Manali, Gohar and Tinder received 16 mm, 11 mm and 8.3 mm of rain followed by Nahan and Bhuntar each logging 5.7 mm of rainfall.

National Highway 3 and 305 were blocked at Rohtang Pass and Jalori Pass while the Gramphu to Lossar stretch of NH 505 was also closed. As many as 177 roads were closed for vehicular traffic in Lahaul and Spiti, 64 in Shimla, nine in Kinnaur, five in Chamba, three in Kullu and two each in Kangra and Sirmaur districts.

The local meteorological office has predicted a wet spell in the region till January 26 with light rain and snow at isolated places on January 21 and 22 and light to moderate snow at many places in mid and high hills on January 23.

The wet weather brought cheers to tourists and hoteliers as well as apple growers pinning their hope bumper produce. President of Tourism Industry Stakeholders’ Association M K Seth said the occupancy in hotels is expected to rise from 30 to over 70 per cent by late Friday evening following fresh snowfall in the state capital and its suburbs.

Man Looted Of Nearly 7 Lakh In Broad Daylight In UP’s...