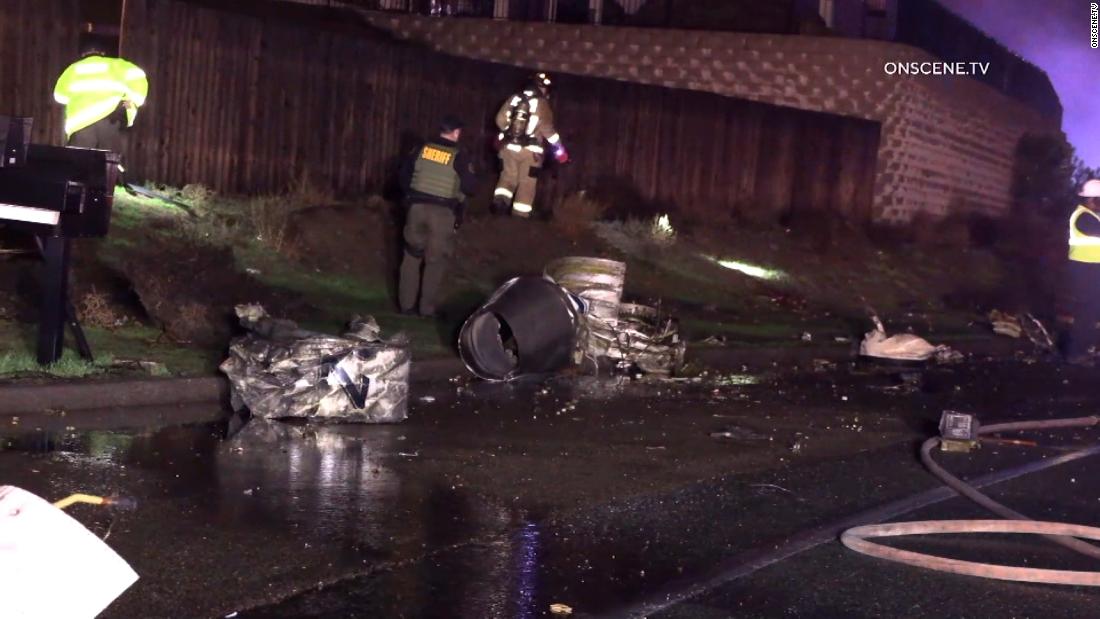 The victims were aboard a Learjet 35 business aircraft which departed from John Wayne Airport in Orange County and was headed to Gillespie Field in San Diego, FAA spokesman Rick Breitenfeldt told CNN on Tuesday.

The Learjet went down just after 7 p.m, according to the San Diego County Sheriff’s Department.

The National Transportation Safety Board, which is leading the investigation, has a team responding to the scene. The first NTSB investigator is expected to arrive at the scene shortly and two more investigators are expected later today, according to agency spokesman Peter Knudson.

The plane was registered to Sterling Silver Flyers, LLC of Missoula, Montana.

The medical examiner will investigate and identify the victims once family members have been notified.

“When firefighters arrived at the scene there was significant rain occurring and there was a large debris field that stretched about 200 feet,” Lakeside Fire Protection District Chief Don Butz told CNN.

The chief said a vehicle was also damaged.

There was rain in the area with breezy conditions, CNN meteorologist Pedram Javaheri reported. The El Cajon observation site showed light winds of 10-15 mph near the time of the crash, but gusts were much higher in the nearby foothills, peaking at 40-45 mph, Javaheri said.

Weather observations from Gillespie Field showed visibility dropped below 1 mile about 6:50 p.m., with cloud ceilings below 500 feet, which would have required the pilot to follow instrument flight rules, Javaheri noted. The conditions lasted until about 8 p.m. when visibility returned to 3 to 5 miles, he said.

El Cajon is about 16 miles east of San Diego.

“Our thoughts and prayers go out to everyone affected by the plane crash,” the sheriff’s department said.