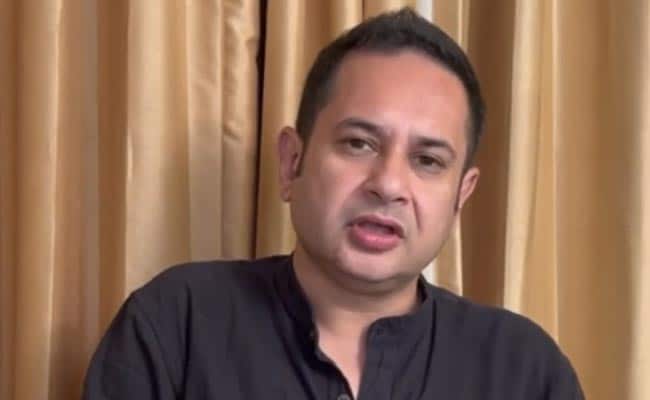 With less than a month to go for the Tripura Assembly polls, erstwhile royal and tribal leader Pradyot Manikya Debbarman said his party is confident of a good show and stressed that it not compromise with its “core ideology” of a ‘Greater Tipraland’ to forge any alliance.

The Tipraha Indigenous Progressive Regional Alliance or TIPRA, which has been voicing tribals’ issues and demanding a separate state or Union Territory for the indigenous population, has emerged as a key player in this election in the Northeastern state.

In an exclusive interview with NDTV, Mr Debbarman said the Northeast has got a “raw deal” in the 75 years of Independence. “When we talk to the rest of the country, we speak from the point of view of Northeast and Tripura. The problem with national parties is they don’t want to listen to our voice which they feel uncomfortable with,” said Mr Debbarman, a former state Congress chief who quit the party in 2019 following a fallout with the central leadership.

Mr Debbarman said no matter which party is in the power, the central government needs to realise that “if you keep ignoring the sentiments and voice of the people in the far-flung areas of the Northeast, then there will be parties which will come up and not compromise on the basic identity and survival of its people”.

“What we want is rights, what they want to give us is one of two people getting political power or some funds. First, protect our rights, our land, and then we will talk about politics,” he said.

The TIPRA leader stressed that his party’s movement is not against the Bengali-speaking majority of Tripura. “There is some discussion that if we demand rights for ourselves, we are trying to deny somebody else’s rights. I think the injustice meted out to indigenous people of Tripura has been not by the Bengalis. They have suffered themselves in Bangladesh. The problem was that they were not uniformly settled across the Northeast,” he said.

The Tipra Motha, he said, is fighting for the rights of the indigenous people “without trying to take away the rights of any other community residing in the Northeast or Tripura”.

On speculation that his party may emerge the kingmaker after the February 16 polls, he said, “There are no kings in a democracy. The people will decide whether we are genuine. As of now, it looks like we are winning the race by a huge margin.”

On the focus areas for TIPRA, he said, “We are talking on jobs, on reforms, on transparency. Most national parties only say what Delhi leaders want local leaders to speak about. We, on the other hand, want to speak about local issues, health, education. Also, we won’t divert from our core agenda — Greater Tipraland, which is our Constitutional right.”

Ruling out any compromise on its core agenda for forging an alliance, he said, “Did BJP divert from Ram Mandir? They were with Trinamool Congress, Chandrababu Naidu, Akali Dal. Did they divert from (stand on) Article 370? They were with Mehbooba Mufti. So why should I divert from my core ideology?”

“I have been consistent on our ideology that India is a secular state, for all communities. But we will fight without compromising and breaking the hearts of our people,” he said.

Stressing that his party may well come to power on its own, he said, “We are contesting on about 40 seats, the halfway mark is 31. Why should we think we are going to lose?”