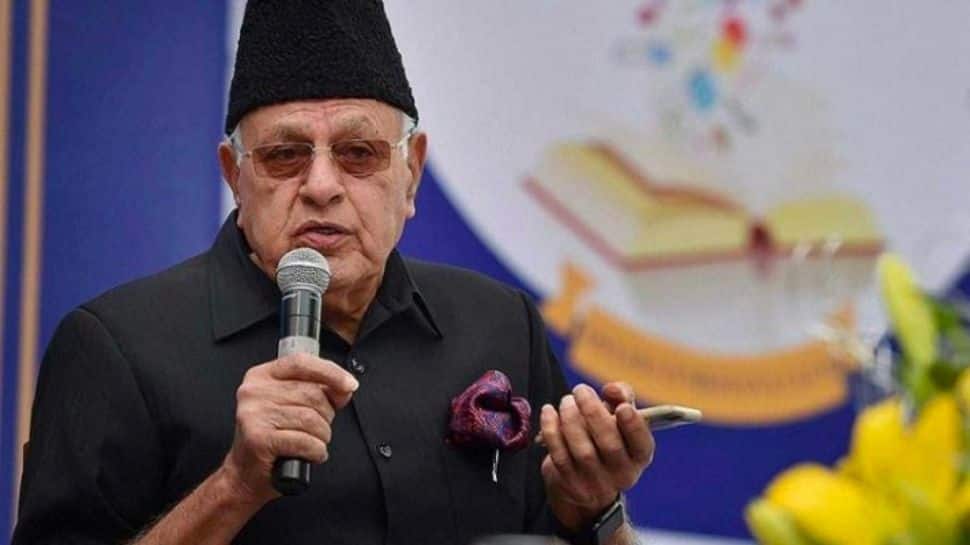 New Delhi: National Conference president Farooq Abdullah, who is the chairperson of the People’s Alliance for Gupkar Declaration (PAGD), has hinted his party will fight the next assembly elections in Jammu and Kashmir together with the constituents of the new coalition to defeat “communal forces”.

Talking about the situation in Kashmir, Abdullah claimed it is worse than the 90s — when militancy erupted in Jammu and Kashmir — because the youth feel they have no place in modern India and have lost faith in the government in Delhi.

“…And I am sure when the elections come, we’ll sit down together again to defeat the divisive and communal forces,” Abdullah, who has been a Union minister and three-time chief minister of the erstwhile state, told PTI here recently.

The PAGD is a five-party alliance comprising the National Conference (NC), Peoples Democratic Party (PDP), CPI(M), Awami National Conference and the Peoples Movement. It seeks the restoration of the special status of the erstwhile state of Jammu and Kashmir which was revoked by the Centre in August 2019.

“What is created is a combination of all parties to fight for the rights and identity of our people – the Dogras, the Kashmiris and others. We recently had a meeting and we all condemned what the delimitation commission has done (based on its preliminary report which recommended six seats for Jammu and one in Kashmir besides reserving nine seats for Scheduled Tribes and seven for Scheduled Castes),” Abdullah said.

Outrightly rejecting the recommendations, he also asked how the government would deal with groups like Kashmiri Pandits and Sikhs who are also demanding political reservation.

“How will people from all sections be there? Who does not take these things into consideration? That is why we had an Upper House where the people who could not come into assembly were brought so that their voices could be heard,” the NC leader said.

Today, every Muslim, whether he belongs to Kashmir or the rest of India, has to “continuously prove” that he is a nationalist despite his community having shed blood for the country, said Abdullah, who was picked by former prime minister Atal Bihari Vajpayee to be a member of his team to represent India at the United Nations.

Abdullah said the problem is that people have lost faith. The young feel that they have no place in modern India which has been communalised to the maximum. “They find they have no jobs, we have no industry, the promise of 50,000 jobs, what happened to them,” he asked.

“In JK Bank, they got people from Haryana and Punjab. What about our people from J-K, where will they go? Highly educated population, they see this, they see the arrests made on small flimsy grounds, and they are put under such draconian laws, no one is there to listen, and corruption along with inflation rising sky-high,” Abdullah said.

On the way ahead, the NC leader said, “We can only come out of this if the present government realises that India is a secular nation, follows the Preamble to the Constitution which says everyone is equal, and stops this division of communities. India is more important, and we have to unite communities rather than dividing them if you want to go forward and shine above the rest of the world.”

The former chief minister was also highly critical of the J-K administration’s decision to stop the ‘Darbar Move’, an age-old practice under which the civil secretariat, the seat of the government, used to shift its base every six months between the twin capitals of Srinagar and Jammu.

On his recent tour of Jammu region, considered a strong base of the BJP, he said this idea that everything is BJP is “wrong” and it is just a media hype.

“As I said before, people see the sufferings they are going through and the promises that they have made. They realised it is not Lord Ram who is in danger and so the Muslims also realised that Allah is not in danger as well.

“Indeed, it is the people who are in danger. They are suffering and they are living hand-to-mouth in some places,” he said.

Reiterating his demand for early assembly elections to restore a popular government in Jammu and Kashmir, Abdullah said in a democratic setup, people can go and question the MLA as the legislator is always available near them.

“And how dare he not respond! He knows in five years he will disappear if he fails the public,” he added.

I am not a criminal, says Teesta, alleges was manhandled |...